Britten
Owen Wingrave, Op.85 – Opera in two acts to a libretto by Myfanwy Piper based on the short story by Henry James 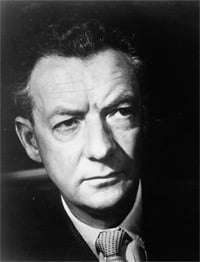 Benjamin Britten’s first (and only) opera for television, “Owen Wingrave”, completed in 1970 and broadcast in May the following year, has not established itself in the composer’s operatic canon, in spite of being one of his most fascinating scores and making the most overt declaration – “War Requiem” apart – of his pacifist convictions. Owen declares, in Act Two when referring to the ‘haunted room’ at his ancestral home – Paramore – “the anger of the world is locked up there”. And this is indeed an angry score, with the central character meeting implacable opposition from his family when he announces that he will not be a soldier in the long tradition of his immediate relatives and ancestors.

There are, essentially, two groups of characters in this opera; the Wingraves, with their unblinking and unforgiving attitudes, set against the more sympathetic approach of Spencer Coyle and his wife. Oddly, since Coyle runs a ‘military cramming establishment’ at which Owen is being prepared for entrance to Sandhurst. But he and his wife come to appreciate that Owen’s ‘strength’ lies in his own firmly-formed and considered convictions. Lechmere, a friend of Owen’s, has a fiery appetite for battle, but nevertheless tries his best to understand Owen’s thinking.

Paramore is haunted by two apparitions of a boy and his father – the former struck and killed by the latter in anger when he refuses a fight and with whom Owen closely identifies. The scene is, thus, one chiefly concerned with family conflict and an inability to communicate differing points-of-view sympathetically, and during this marvellous performance one wondered whether there weren’t perhaps other resonances in Britten’s life being worked out. Did he, for instance, ever articulate his sense of being ‘different’ – in many ways – to his own parents and close family circle? 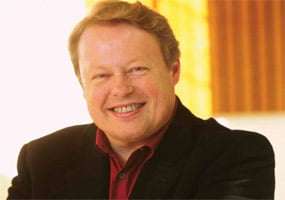 This concert performance was led purposefully by Richard Hickox, and was supported by fine playing from the City of London Sinfonia. I cannot imagine that many – if any – of the performers had direct experience of this unfamiliar score, and there were one or two instances of, for example, faulty ensemble and wrong or missed entries, but these scarcely mattered in a performance which, overall, bespoke a real sense of conviction.

A fine cast of singers did credible just to Britten’s characters – not all of whom are entirely sympathetic. Owen’s aunt, for instance, is a formidable personality unable to see beyond the call of supposed ‘duty’, and her musical utterance is invariably loud, wide-ranging in pitch and often harsh. Elizabeth Connell was utterly compelling and conveyed the almost fanatical quality of Miss Wingrave unerringly.

The other members of the Wingrave household include a ‘dependent’, Mrs Julian, whose daughter, Kate, is Owen’s girlfriend and who is just as forcible as Miss Wingrave. Pamela Helen Stephen suggested a smouldering frustration and, later, a degree of sympathy, though her heartless flirting with Lechmere was entirely in keeping with her, ultimately, thoughtless persona. Indeed, it is her challenge to Owen to sleep in the haunted room (having denounced him as a ‘coward’) that leads to the final tragedy. Sarah Fox was almost hysterical at the news of Owen’s disinheritance (with the possibility that, thereby, she and her daughter might be made homeless) and, along with her agitated first appearance, a real personality was presented, rather than a caricature which, it has been suggested – unjustly – is one of the flaws of this opera. 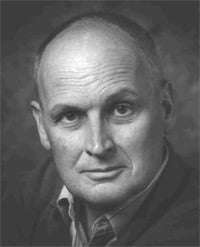 Peter Pears was the creator of the role of Sir Philip – he also sang the Narrator’s part – and no praise can be higher than to say that Robin Leggate portrayed the crusty old General with just as much credibility, and his delivery of the Narrator’s ballad was mellifluous and expressive. Although the programme note referred to Sir Philip’s utterance of “my boy” upon his seeing the dead Owen, this was omitted, as has become the custom. I regret this as it provides a moment of human warmth in an otherwise bitter and unsympathetic character.

The off-stage Tiffin Boys’ Choir was, arguably, a little too distant, though the singing was accurate and, with Leggate’s narration, contributed to the eerie atmosphere of the Wingrave tale. James Gilchrist’s characterful singing saw to it that Lechmere provided moments of lightness in an otherwise dark-hued piece, and Janice Watson was a comforting maternal figure. Coyle’s vacillating between condemnation and empathy was sympathetically provided by Alan Opie, whilst Peter Coleman-Wright’s protagonist, even if not ideally youthful in appearance, was most effective in conveying Owen’s sense of determination and thoughtfulness.

Withal, this performance – sadly, not terribly well attended – strongly suggested that “Owen Wingrave” is in urgent need of re-appraisal, and it is good to know that the same forces will be recording the opera for Chandos, due for release next Summer.