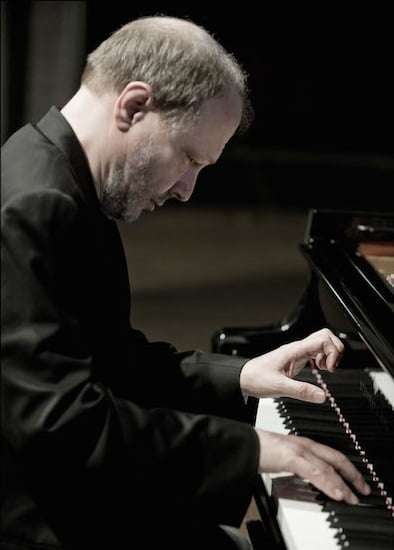 Never one to chart an obvious course, Marc-André Hamelin chose for his contribution to the Oxford Piano Festival a series of compositions demonstrating the imaginative ways in which certain composers have approached the generic form of the Sonata, ending with the flight of poetic fancy which Schumann could hardly contain within such a structure.

The particular Haydn Sonata played here dates from 1789 and covers a wide range of emotions, despite comprising only two movements (and neither of which are in sonata form). The opening Andante already embodies the intensity of the slow movements of the later works. Hamelin approached it boldly and expressively, with an almost Romantic yearning tone in its two alternating sections (in major and minor keys respectively) which are subjected to variation treatment. Hamelin controlled the pregnant pauses skilfully, rather than merely teasing or provoking with them, whilst the searching chromatic lines looked ahead to Chopin in their mournful elegance, or at least back to Mozart’s remarkable Rondo in A minor, K511. The Presto Finale was a different affair, despatched with humour, though also with sufficiently serious purpose, and rubato was subtly used to impel the movement forwards with a bubbling quality.

Samuil Feinberg (1890-1962) may be an obscure figure today, but living and teaching in Moscow for much of his life he was an heir to the distinguished tradition of piano-playing and composition in Russia. Scriabin exerted the most powerful influence, and that is evident in Feinberg’s first two published Sonatas. They are well-crafted compositions if not as harmonically adventurous as Scriabin’s ground-breaking pieces. These two essays each comprise a single movement in sonata form, though they unfold as a more fluid sequence of sections than a strictly logical structure. Feinberg’s textures are often dense and spacious, but Hamelin generally brought these out with clarity and an appropriate Chopinesque singing manner. The recapitulation of the Second Sonata is more lucid than its exposition, where Hamelin used too much pedal, thereby obscuring the melody lying within the colourful decorations in the right hand, but there was more rhythmic lilt initially. Hamelin pushed on through the innocent-sounding first subject of the First Sonata, reserving a calm, dream-like state for the contrasting second section, whose slower, glowing harmonic sequence with arpeggio accompaniment in the upper part is reminiscent of the equivalent section in the slow movement of Chopin’s B-minor Sonata. Once established, Hamelin maintained that character through the rest of the piece.

Hamelin’s account of Beethoven’s ‘Appassionata’ Sonata was notable for the unfussy manner he adopted but still achieving high drama and a well-rounded tone without the use of much pedalling. Tempos were brisk without sounding rushed, and the Presto flourish to cap the Finale cut quite a dash. There was not much mystery encompassed in the first movement, but Hamelin focused upon the more immediate sense of grief or pain within the music, with the Andante only a brief respite from that, and even then he did not wallow in the balm of the theme’s warm chords. Undoubtedly it was his impressive gestures with the crashing chords of the Finale which made the biggest impact.

Hamelin handled the big gestures required for Schumann’s Fantasy with agility (particularly those of the optimistic second movement), though he also exuded charming delicacy and introversion for the more reflective sections, such as the nostalgic recall of Beethoven’s An die ferne Geliebte at the end of the first movement, and the Lisztian liebesträume of the Finale. It was especially magical that Hamelin started the latter whilst briefly holding over the last chord of the previous movement, indicative of his fluid account of the work overall which brought out its programmatic sequence winningly.

Despite the variety of musical styles in evidence throughout this recital, Hamelin consistently tapped the emotional core of these compositions through his thoughtful but practical engagement with the music. He maintained that in the encore, playing ‘Meine Freuden’ (‘Moja pieszczotka’) from Liszt’s arrangement Six Polish Songs selected from Chopin’s Opus 74 set, which captured its tender wistfulness with a touch of wit.