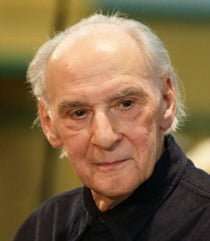 One thing you couldn’t level against Joseph Horovitz (born 1926) is that he’s an ivory-tower composer. He was the PLG’s Frontline Composer in the second evening of its New Year Series, and in conversation with Piers Burton-Page. Horovitz’s wry, self-effacing pragmatism spoke volumes about a composer who has created some of the finest popular music in this country in the second half of the last century.

Captain Noah and his Floating Zoo, his music for Rumpole of the Bailey, ballet and film scores and his Hoffnung collaborations are the work of an artist at the top of his craft, which Nadia Boulanger helped him hone, even if, as he revealed, his original plan after the War had been to study with Paul Hindemith.

The boy who, with his family, fled the Nazis to England in 1938 (he has never lost his native Viennese accent) is now a witty, animated man fast approaching 90. Inevitably, part of the PLG agenda was to hijack him, as it were, from BBC Radio 2 to Radio 3 (even if the difference becomes more and more blurred these days), a move deftly made by his 1981 Clarinet Sonatina, played by Christopher Stripp with a fine appreciation of Horovitz’s ear for the instrument’s character. It’s a lovely, lyrical work, replete with Gershwin-style jazz in the finale that follows a ravishing slow movement. Lucy Colquhoun’s piano-playing was vivid, punchy and tender as required. 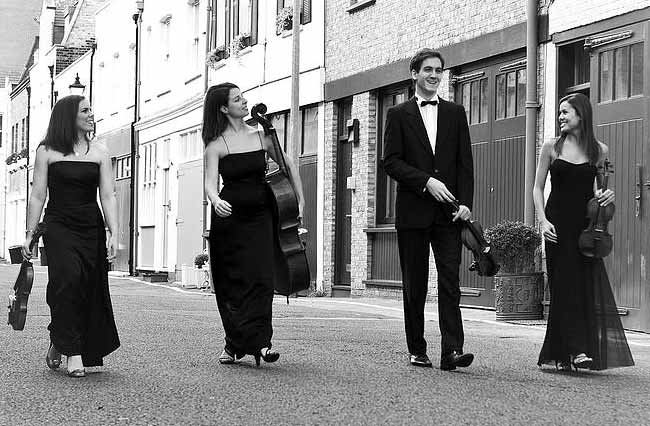 The serious side continued with Horovitz’s Lady Macbeth scena, setting extracts from three of her best speeches. Susanna Fairbairn, a dramatic soprano to be reckoned with, declaimed the nerve-shredding music fiercely, anchored by her equally accomplished pianist Matthew Schellhorn, who made the more-interesting piano part very much an equal partner in crime. Fairbairn was very affecting in Horovitz’s 1995 song Zum 11 Maerz (On 11 March, the date in 1938 of Austria’s Anschluss), miraculously keeping sentiment simmering in a way Sondheim would admire or Mahler might have done. Fairbairn’s last number was Horovitz’s Foie-Gras, to Michael Flanders’s over-the-top examination of Gluttony (Flanders’s daughter, the much-missed Stephanie Flanders from BBC2’s Newsnight, was in the audience). Fairbairn lived up to its cabaret high spirits with impressive abandon.

Following the PLG format, Horovitz’s Linked Composer was Bartók, whose String Quartet No.2 loomed uncompromisingly over the main concert. This opened with Horovitz’s String Quartet No.4 (he has written five), composed in 1953, and unlike the music we heard in the earlier event, was self-consciously deferential, played by the Alauda String Quartet with a cleverly tailored astringency that summoned up Second Viennese ghosts. The spell cast by its enigmatic ending was blown away by Adam Coombs’s String Quartet No.1 (Wilder Street), a 2010 work “inspired” by the darker realities – drug-dealing, homelessness – of urban life. It’s a smashing evocation of feral claustrophobia built around a frenetic moto perpetuo, and the Alauda members despatched its Miraculous Mandarin as refracted through West Side Story elements with rhythmic panache.

Then the Borealis Saxophone Quartet took over, all considerable players. Horovitz’s Composer’s Choice was Jonathan Dove, and the sax-players obliged with his 1995 Tuning In, in which the foursome dispersed into the corners of the Purcell Room and then to converge as their “conversation” gradually tunes in. Dove’s plan has a directness and musical aptness worthy of Britten, and you can feel the music teetering on the edge of speech. The players shaped its surges of energy and advances toward definition with great skill. This flowed into Daren Bloom’s Borexino-Borealis, the premiere in the programme, a PLG commission inspired by the experiment going on deep inside an Italian alp to detect a neutrino particle. Neutrinos emanate from the sun and whizz through us and Earth unnoticed. Just occasionally there’s a collision with another particle and a blue flash. Random blowing through the instruments summoned up solar winds, and the virtuoso scoring clinched the volcanic eruptions of collision.

The Alauda’s playing in the Bartók was notably taut and paid close attention to the balance of foreground and background, and the players’ edgy sound defined light and dark with special starkness. In context, this piece’s presence was a bit like a teetotaler at a lively drinks party and made a long evening longer. Its spirit leaked into the nocturnal rustlings of Tom Harrold’s Gentle Skies, with the saxophonists hovering lightly over its flickering, fractured melodiousness, and they ended the concert with more Horovitz, his Variations on a Theme of Paganini, the well-known violin Caprice polished into gems of elegance and neat repartee.