The annual week-long, two concerts a night, Young Artists series as promoted by the Park Lane Group is with us again. A sure sign that it is January! 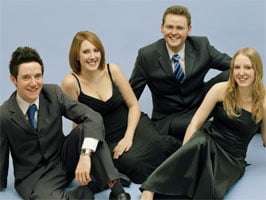 The Harpham Quartet began the week with a notable early-evening programme of string quartets by Malcolm Arnold (No.2) and Helmut Lachenmann (No.3, ‘Grido’). Malcolm Arnold (1921-2006) was a master of the orchestra, of course, and the more exposed medium of the string quartet didn’t faze him. This late-ish 30-minute work (1975) received a well-engineered account from the Harpham Quartet, the four well-matched and working-together players alive to the music’s mood-swings, acerbic gestures and an open-heartedness that brought unsuspected parallels with Tippett. Anna Harpham did well with the cadenza that launches the Celtic dance of the second movement, appropriately manic and edgy and found the lonely and isolated world of the succeeding Andante. The finale’s sectional nature (the sea not far away in the opening measures) was left to its own devices.

In complete contrast was ‘Grido’, the Third String Quartet (2001) of Helmut Lachenmann (born 1935). Over its 22-minute course, the composer’s breathtakingly precise notation of a whole range of effects and sounds compelled the air and were knitted into an absorbing whole through a bravura and committed performance. 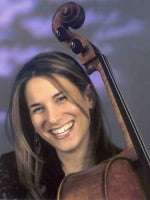 The ‘main’ concert was book-ended by the cello of Gemma Rosefield and the piano of Nicola Eimer. They were playing duo works, but Rosefield’s positioning more or less in front of Eimer, the pianist with only the back of the cellist to view, gave the visual impression of cello with piano. Were Rosefield to move along into the curve of the piano and the piano itself angled, then the two musicians could have eye contact, for although the ear heard more interaction than the eye allowed for, there wasn’t always the coming-together that this choice of music demands: James Francis Brown’s powerfully declaimed and deeply eloquent Prospero’s Isle (2006), Cecilia McDowall’s Falling Angels (first performance) – which both received impressive renditions – and Shostakovich’s Sonata, which was sometimes pressured and scratchy from the cellist, who was more in-tune with introspection and yearning, the pianist touch-sensitive, although sparks certainly flew in the second movement scherzo. 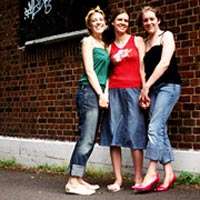 The three singers of Juice are each versatile and have stage-presence in abundance; collectively they are formidable. Singing most of their programme from memory – itself an achievement, the singers’ range of sounds, pitches (and the techniques required to produce them) were in themselves compelling. Musically, there was a tendency to ingenuity over substance, although Kerry Andrew’s own luna-cy included a range of vocal gyrations that made later such actions – from Robert Fokkens and James Lindsay – seem ‘already heard’, although there was pleasure to be had from Fokkens’s phonetic virtuosity in a selection from “Words”, of which ‘Sheepdip’ was a premiere, and Lindsay’s “Sanbiki no Kashikoi Saru” (2003). Fokkens had earlier taken part as narrator – more an acting role and taken with aplomb – in a selection from Roger Marsh’s “Pierrot Lunaire”, in which stagecraft and mouth-popping added to this already-surreal take on Giraud’s poetry. As a contrast, the limpid invention of Piers Hellawell (from “The Hilliard Songbook”) and two settings – of gracious counterpoint – of medieval sacred texts by Nicola LeFanu proved spellbinding, as music and in these flawless performances>