At 6.15, in the first recital of the evening, Grace Huang arrived alone and started playing on the keyboard and also inside the piano. From far away came the impoverished sounds of a violin, a wandering soul, maybe, getting nearer and soon to be seen and heard being played in two locations on the platform and then in the auditorium. Rolf Hind’s Das Unenthüllte (the unrevealed) “refers”, says the composer (and a pianist of challenging repertoire, of course), “to the sophisticated techniques by which messages are cut into the film, so subtle you hardly notice them, but instilling a sense of dread and disgust.” How this translates into sound wasn’t clear (on a first hearing) – those tones including ones induced by parts of the piano being ‘prepared’ and the violinist required to produce deliberately ‘rough’ sounds, the very same sounds that Lachenmann had welded into a cohesive musical discourse the night before in his String Quartet No.3, but their place in Hind’s machinations were more enigmatic. Furthermore, although Huang displayed total confidence, Julia Rumley’s assumption seemed rather dutiful. Rumley was then alone for George Benjamin’s exquisitely crafted Three Miniatures for Solo Violin and played well enough – not least in Bartókian acerbity and the trance-like pizzicatos – but her resource of technique and tone was a little taxed, something that made John Adams’s Road Movies rather tedious and in which Huang offered the greater scintillation. 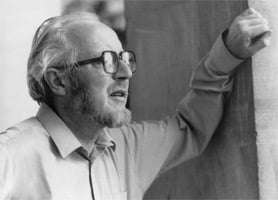 I am assuming that the violin’s ‘buzzes’ were ‘one of those things’ rather than a requirement of Adams’s – but his toying with rhythms lost its appeal early on. Music of substance was needed and duly supplied, at 7.45, by Kenneth Leighton (1929-88) in his 20-minute Six Studies (Study-Variations) here given a very impressive performance by Adam Swayne who was thoroughly attuned to the music’s exploration, pulsation, dark musing and evolution. This dedicated and perceptive account – with something kept in reserve for a thrilling culmination – left no doubt as to Swayne’s musicianship and virtuosity and reminded what a really fine composer Leighton was. Swayne also gave – similarly from memory – the premieres of Geoffrey Poole’s The Book of Buried Streams (completed just a couple of months ago), which continues his fascination with the “I Ching”, several related piano-pieces having featured in PLG Young Artists concerts over the years. Also new was Beautiful Cracked Eyes by Ailis Ni Riain, a confrontational and aggressive piece, toccata-like, that yields to reflection and various contrasts and lute-like sounds from ‘inside the piano’. Whilst it wasn’t always with certainty that one appreciated the course of this work, with or without Pat Ingoldsby’s poem (printed in the programme), Ailis Ni Riain’s ability to “challenge, provoke and engage” was here evinced and one wants to hear this piece again and, indeed, more of her music.

Also performing were saxophonist Hannah Marcinowicz and pianist Daniel Swain; the latter is clearly a musician of support and sensitivity, who produced a consistently rounded piano tone, but who could also be too demure at times and losing out in the balance on occasions. Not that Marcinowicz played too loudly, but the saxophone (in all its family members) is a very powerful instrument and one, despite its unmistakable and attractive tone, that can seem confined – as it did in Ned Rorem’s seven-movement Picnic on the Marne (1984), which despite dynamic finesse from the performers, was too much a divertissement, despite the individual attraction of a sentimental ballad and some elegant promenading and pastiche. 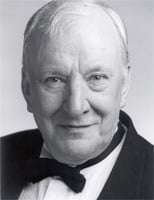 Richard Rodney Bennett’s four-movement Sonata for Soprano Saxophone and Piano (1986) – presumably Marcinowicz played her other pieces on an alto? – is composed with typically consummate technique: RRB is an Olympic Gold Medallist for having ideas and running with them, and while one could appreciate the first movement’s side-steps from extemporisation to more ‘modernist’ gestures as all-belonging and the punch and free-fantasia of the second movement as the work of a composer with no stylistic boundaries – hence the appearance of Harold Arlen’s “Once I had a Sweetheart” in the third movement Andante – and the tying-together of the retrospective finale, one was also looking for a just a little more personality in the invention, despite the performers’ best efforts.

Marcinowicz was unfazed by something dropping off of her instrument just before starting to play Bennett’s Sonata; an inspection of the piece lying on the floor drew a nonchalant “that’s OK” from her! She also played the premiere of Giles Swayne’s Leonardo’s Dream Variations on a theme by Leonardo da Vinci, the only surviving melody by the multi-tasking (!) Leonardo, a cue for a pithy work that included a visit to a nightclub – cued with real swing – and notable for giving an abundance of colour and expression (more than Rorem) to the sax. Due to the “unavoidably late delivery” of Leonardo’s Dream, Daniel Swain had been unable to study the work; therefore the composer himself was called upon to deliver the demanding piano part, which he did with no mean skill. Born in 1946, Giles Swayne must be the oldest Young Artist yet to have appeared in PLG’s venerable series – he was not out of place – and Leonardo’s Dream should be a mandatory choice next time a saxophonist is invited to play in a PLG concert.