The Park Lane Group’s New Year Series regularly introduces contemporary music to a receptive audience. So it was with the first, 6.15, recital from French pianist Amandine Savary, though here the least familiar work was also the oldest. 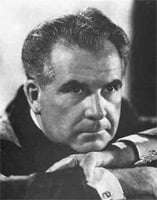 André Jolivet (1905-74) continues to stand beneath the shadow of more illustrious contemporaries Messiaen and Boulez, a shame for his music is often startlingly inventive. The six-movement Mana, 1935, makes formidable technical demands on the pianist, yet Savary was equal to all in this strongly descriptive performance. In the course of little over ten minutes the athletic ‘Beaujolais’ depicted an articulated puppet, the barbed report that began ‘La Princesse de Bali’ gave way to evocations of the gamelan, while the rush of ‘Pégase’ portrayed the winged horse in a whirl of notes.

Savary helpfully placed this in the context of four of Messiaen’s Vingt Regards sur L’Enfant Jésus’. In a brave opening the still contemplation of ‘Regard du père’ was well paced and harmonically beautiful, while the threads of ‘Regard de l’Étoile’ were successfully united despite their registration differences. The big octaves of ‘L’échange’ were strikingly executed, too, and ‘La parole toute puissante’ brought definition to even the lowest notes.

This illuminating recital had Thomas Adès’s Darknesse Visible at its centre. The 1991 work is based on John Dowland’s “In Darkness Let Me Dwell”. An extremely tricky tremolo thread runs through the piece, often found at a pianissimo dynamic as the louder notes toll above and below, representing the “… hellish, jarring sounds to banish friendly sleepe.” All were vividly characterised by this most impressive pianist.

The second concert, at 7.45, comprised eight pieces, ranging chronologically from Messiaen’s La Merle Noir of 1952 through to last year’s revision by Stephen Mark Barchan of his Spit It Out. Both pieces are for flute and piano and were performed by Lucy McIntyre and Ciara Moroney. Barchan dabbled in a variety of tones, the more aggressive gestures (hence ‘Spit’) wore a little thin. That said the ending was more convincing, an arresting sudden fortissimo from both players. A few problems of balance, the piano too prominent, marred La Merle Noir, but there were many good things here – McIntyre’s range of tone as she evoked Messiaen’s blackbird and Moroney’s initial flourish.

McIntyre brought much to the two pieces for solo flute, though Edwin Roxburgh’s Stardrift became difficult to follow. Its title describes the passage of planets against a fixed starscape, and McIntyre’s dress was a visual representation! Despite an authoritative performance it was difficult to place the music in that context. George Benjamin’s Flight was more successful, the sonorous low tones at the beginning and end successfully portraying birds rising and falling over the French Alps. More formally convincing also, this piece featured dazzling swoops from high notes toward the end and a wide range of light and shade.

Bringing flute and piano together again was Jonathan Harvey’s Run Before Lightning; here Moroney’s introduction captured the gathering, threatening clouds of the storm. Yet while this was persuasively performed, the piece felt a little too long, its initial impact diluted somewhat by the end. 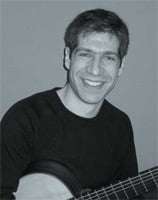 At over 20 minutes Nicholas Maw’s Music of Memory was far more substantial, guitarist Antonis Hatzinikolaou giving a most sensitive and musical performance. This attractive piece reminisces on the ‘golden age’, represented by variations on the principal theme of the ‘Intermezzo’ from Mendelssohn’s A minor String Quartet, Opus 13. Maw cleverly incorporates the theme between its variations so that its appearance brings poignant places of rest in the music. Hatzinikolaou’s performance gave the theme an appropriate weight and intimacy, and the slower passages were particularly moving. If the later fugal section was a little stilted this wasn’t necessarily a fault of the interpretation, in the same way that the theme’s return at the end was emphasised more deliberately. Dexterity was a feature of the performance, particularly later on in a tricky episode where Maw pits upper register chords against a more complicated lower line.

Hatzinikolaou also offered two further works – the formally tight and musically concise Fantasia of Bayan Northcott and Evis Sammoutis’s tribute to Takemitsu, Alter Ego I. These showed off the guitar’s range of colour, with Sammoutis exploring microtonal harmonics in a strangely evocative manner. This piece also explored the guitar’s percussive capabilities but in a sensitive way rather than for overt display. Hatzinikolaou pitched his performance ideally, just as he separated the tricky contrapuntal threads running through the Northcott, uniting the intimate Andante theme at the beginning and end, while building up considerable energy in the faster sections.

Northcott was in the audience, as were Roxburgh, Barchan and Harvey, and it was good to note that composers and performers provided equal inspiration for each other.