Time immemorial dictates that the first full week of January finds the Park Lane Group presenting 10 concerts in 5 days, each devoted to the cream of young musicians playing, for the most part, the very latest of music. 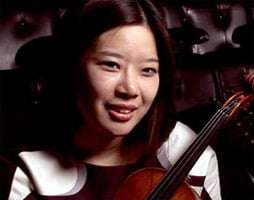 Sulki Yu launched the week in fine style with an unaccompanied violin recital. She is a poised and confident musician with an easeful stage presence and nothing to distract from the music. She opened with Edwin Roxburgh’s Soliloquy 3, intensely expressive music taking the violin to stratospheric heights, initially soulful (somewhat hermetic) and becoming agitated before returning to its roots. After this, three of 6 Capricci by Salvatore Sciarrino left a haunting impression (and required three music stands – otherwise she played from memory), the first piece akin to wind rustling through the trees, so fastidiously composed yet seemingly ‘of the moment’, the second more fantastical, the third notable for left-hand pizzicatos and wide-interval glissandos.

The Roxburgh piece had somewhat stylistically anticipated Bartók’s great Sonata for Solo Violin (written for Yehudi Menuhin), which closed Sulki Yu’s appearance. A curiosity was that no mention was made of the second movement ‘Fuga’ either in the listing of movements of in the violinist’s written note; but she did play it – with virulence, which was some compensation for the lack of momentum and edge in the first movement. But hers was also a dedicated account, particularly rapt in the ‘Melodia’ and shapely and fiery in the finale. All in all, a commanding recital by an impressive violinist. 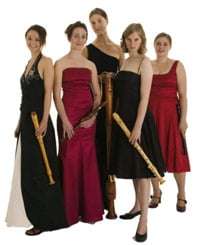 But PLG always chooses well, so it is unlikely that the musicians heard will be anything less than top-notch. Sometimes though the music can be variable. Consortium5 is a group of five former students from the Royal Academy of music. In terms of the range and versatility of the recorder, this was a revelation. The premieres of Darren Bloom’s Consorts and Kathryn Butler’s Cassiopeia were contrasted; the former rather ‘electronic’-sounding in construction (short and delightful, too) and exploring the recorder’s didgeridoo qualities, an aboriginal suggestion that also informed Butler’s piece, which otherwise was rather static and stilted. Daniel Bickerton’s The Court Jester invoked a sense of period and character – and just a little (harmless) madness!

The members of Consortium5 played The Court Jester from memory, as they also did the first performance of Brooks Frederickson’s Quintet for Fifteen Recorders. Yes, there are 15 varieties of recorder – from sopranino to subbass (the latter a big beast indeed!). This was a top to bottom investigation of the instruments’ potential. Stealing the show, though, was the premiere (to a PLG commission) of David Bedford’s Variations and Cadenzas on a theme from Susato’s ‘Danserye’, which began as the musicians made their return from backstage, the jaunty theme itself ideally sounded on recorders and then treated to some brilliant variants (occasionally involving the musicians playing two instruments simultaneously!). 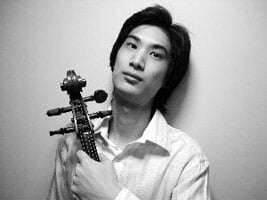 With the recorders sometimes masquerading as penny-whistles and accordions (in terms of timbre), Bedford’s whimsical imagination has created a mischievous scamp of a piece that really brightens the spirits.

Pei-Jee Ng was the other artist. Like Sulki Yu, this Australia-born cellist is a poised performer. In his solo contribution to the second concert he impressed with his rich tone and his dedication, whether in David Matthews’s Journeying Songs, richly lyrical music of substance and emotional force, and the premiere of Daniel Kidane’s Metamorphosis, which – on a first hearing – seemed rather discursive and overly-technical. (Both works were punctuated by bothersome coughing.) If David Bedford’s piece will stay long in the mind, so too will Pei-Jee Ng’s account of Britten’s Third Suite for Cello (composed for Rostropovich), a tonally resourceful, vividly communicative and deeply musical account of spiritual searching that held the audience spellbound.

This latest ‘PLG week’ could not have got off to a better start.