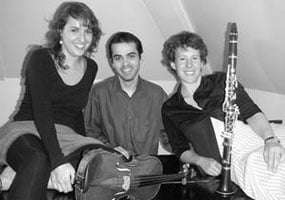 Speaking to two members of the Artistic Committee of the Park Lane Group during an interval, I rather flippantly described the part of the programme we had just heard as being “ideal for the current financial climate”. “What do you mean by that?” came the rejoinder, and I confess that, thus challenged, I could not immediately explain my instinctive reaction to those pieces. On reflection, I can perhaps explain what I meant by saying that much of the music was uncertain in expression, without a sure sense of direction and possessing little interest. In short, compared to standard repertoire, we were far less artistically secure – if this selection of pieces was anything to go by – than for many winters past, for the choices making up events featured repertoire that, of necessity, was drawn from a list of works in which not one single masterpiece exists, although the young artists made the most of the music they had chosen.

The first programme, by percussionist Nicholas Reed, demonstrated beyond any doubt that he is a very gifted player, with an admirable sense of (multiple) rhythm, tonal gradations and finely-judged timbre. The first work, Xenakis’s Rebonds A + B, was easily the best of the four he had chosen. Reed’s concentration and rhythmic subtleties were enormously compelling, showing that this medium was one that had clearly inspired this problematic composer – here was a brilliantly-imagined piece, especially Rebond A, which held the attention throughout, the more so in such a virtuosic account as this.

Sadly, the second item, Piers Hellawell’s Let’s Dance (1996), was nowhere near in the same class as a work of art; in comparison, it seemed poorly imagined for the medium, overloaded with too many quite unnecessary stick changes and fell into the trap which few composers can avoid in writing music for percussion – short-windedness, all too soon lapsing into too great a reliance on coloration rather than (as the title suggests) genuinely rhythmic music for dance. Despite being only about six minutes long, and notwithstanding a brilliant performance, it could not avoid boredom, although it did possess the undoubted virtue of brevity. Philippe Manoury’s Solo de Vibraphone (Le Livre de claviers IV) also suffered from a paucity of genuine musical invention, relying exclusively on ‘effects’ trotted out as an excuse for compositional thought, such aphoristic ideas as it did possess being the equivalent of a burp here and a fart there. This all too typical piece of IRCAM-esque notes sans musique was quite meaningless and deeply unoriginal despite Reed’s playing doing all that could be done for the composer.

Finally, James Wood’s Rogosanti certainly offered more in the way of imaginative invention, although devoting space in the programme note to explain what the title of the piece meant unavoidably led us into that sadly familiar region of self-regarding that has caused so many musically quite gifted composers of the last hundred years to find themselves a long way up an artistic cul-de-sac, unable to get out, when they should be coursing along the main highways, telling us what they think about life, and not about themselves – after all, if we are experienced listeners, we’ll soon grasp who they are and if their music is worth listening to. Thankfully, portions of Wood’s piece were certainly worth listeners’ efforts, but the Sanskrit-style shouting from the percussionist, at the start of, and at other times during, the piece – as if at any moment he threatened to go off into sub-continent rap mode – meant nothing to anyone in the audience, and (almost inevitably in the circumstances) the reliance on colour per se (with all that that implies) reduced the effectiveness of the work in that our expectations were all too readily met. But in Nicholas Reed we clearly have a percussionist of much achievement and considerable promise.

Rather like the guitar, although with more reason, composers tend to fight shy of the classical accordion, a fascinating and unique instrument which, in the right hands, is capable of extraordinary varieties of expression, the truth of which comment was comprehensively demonstrated by the outstanding young Polish accordionist, Rafal Luc, who began his first part of the second recital with two pieces. But Hans Abrahamsen’s Air , despite receiving what surely was a magnificent account, made very little impression, taken up almost exclusively with textural, rather than any organic, matters. Sofia Gubaidulina’s portentously-entitled De Profundis was only a little more interesting as a work of art, but despite the very best of intentions – emotional, political, cultural, historical, sexual and otherwise – always there on Gubaidulina’s part, the impression remained that one doubted if she is, at heart, a real composer at all, as opposed to someone who can write music. Gestures in music, without coherent integration, do not by themselves achieve the transcendence to which all genuinely creative artists (consciously or not) should strive, and – despite a performance of compelling interest – all one heard in her piece was gestures, one after another, without any discernible attempt at coherence.

The truth of this was rather dramatically made evident by the two single-movement trios (for clarinet, violin and piano) that followed. In John McCabe’s Fauvel’s Rondeaux some extraordinarily original (and wholly musical) events propelled the almost 20-minute piece with considerable élan, and Jonathan Harvey’s Clarinet Trio (2004) was even more original in asking the pianist to do things which very few pianists have been called upon to do – more so in a work of such inherent lightness of utterance as this one conveys. These were excellent performances by the Zalas Trio.

Luc returned to give the best music for his instrument we heard all evening – three of Ligeti’s Ricercata in wholly convincing arrangements for accordion. Again, this young musician’s approach was quite outstanding, and he followed these short pieces with the premiere of Giles Swayne’s Squeezy (1994), a work described by the composer as being “dogged by disaster” – and the unfortunate happenings which have prevented the work being heard until now continued: we had only the first two of the three sections of the piece, for Luc’s instrument developed a fault which prevented him from completing the work, a sad occurrence that did not deter the audience (and composer) from expressing their admiration for this artist’s self-evident musicality and mastery of his instrument. Finally, the Zalas Trio reminded the audience – despite whatever momentary events may distract us from man’s confidence in his ability to overcome self-inflicted setbacks, economic or artistic – that great music is alive and well in a very fine performance indeed of Bartók’s Contrasts.