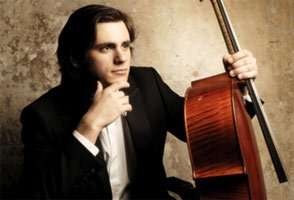 The early-evening recital featured Stjepan Hauser and his handmade carbon-fibre cello, attractively glossy-black if too reflecting of light. The instrument sounded very fine. Eric Tanguy’s Invocation was the opening work, expressive in its incantation, intense, straining at the top of the cello’s register, if becoming repetitive, the subsequent faster section a succession of rapid-fire notes if seemingly little more. Geoffrey Poole’s On the High Wire (“fifteen circus acts for solo cello”) proved attractive vignettes but perhaps more for the amusement of the player than the listener. Kodály’s large-scale Sonata (Opus 8) found Hauser increasingly confident over the work’s 30-minute course. He was somewhat pressured and snatched initially, and if his was rather too-objective an account, if attractively fantastical at times, he took on the many daunting challenges head-on. Might he though have played from a properly printed score rather than sheets of stuck-together photocopies, which, although he negotiated their removal well-enough after use, proved a visual and noisy distraction. 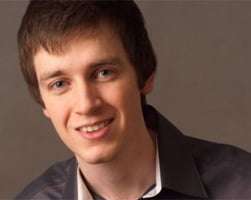 Richard Uttley opened the second recital with Ben Foskett’s Five Night Pieces, each short and suggestive, sometimes exploratory, sometimes powerful, usually effectivel, and reminding of Pierre Boulez’s Notations and György Ligeti’s Studies. Trois petites marches funèbres by Lord Berners (The Rt. Hon. Sir Gerald Hugh Tyrwhitt-Wilson, 14th Baron Berners, 1883-1950) was the novelty of the evening, funeral marches ‘For a Statesman’, ‘For a Canary’, and ‘For a Rich Aunt’, the opening piece mixing Lisztian gestures with Impressionism as well as the opening motif of Beethoven’s Fifth Symphony, the middle one lonely and sparse yet with a thrall (and a tweet) all its own, and the finale a garrulous farewell. Uttley also played Robin Holloway’s Nocturne, a deceptively backwards-looking essay, really quite lovely, quite pure if just a little overlong. Not for the first time, one wondered if Uttley could have played more quietly and softened his tone. He closed with Magnus Lindberg’s Piano Jubilees and revelled in their brilliance and expressive import.

Hannah Morgan and Thomas Besnard were the other young musicians featured. They began with Harrison Birtwistle’s Verses, a lyrical and teasing, subtly coloured and nuanced study given with mesmerising control by Morgan, she and Besnard going on to deliver Paul Patterson’s richly inventive Conversations – slinky, strident, sadly reflective and exuberant. Less engaging was the premiere of Harris Kittos’s Organic Duo, a piece full of effects that seemed dated, its rapacious conclusion aside, but the developing communication of Hugh Wood’s Paraphrase on Bird of Paradise was a constant pleasure and, once again, Morgan and Besnard gave an impressive performance.