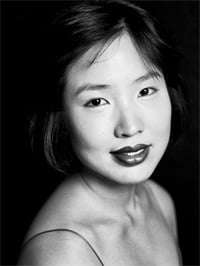 Two more rounds of the Park Lane Group’s annual occupation of the Purcell Room provided much unfamiliar music performed by hugely accomplished young musicians, as well as a chance to reflect on the venue’s suitability or otherwise for different instrumental combinations.

Pianist Jennifer Lee took the 6.15 slot, providing an hour of recent piano music from British and Italian composers. Colin Matthews’s 2003 set of brief and concentrated Three Preludes, particularly the rapidly churning final one, marked Leggiero e scorrevole. Curiously, the first two, marked Vigoroso and Solenne, closely recall the piano music of Prokofiev, specifically the language of the Seventh Piano Sonata. Judith Weir’s I’ve turned the page, from 2007, begins with a pointillist sequence of contrasting chords, which give way to a central section of roaming lyricism. It’s more abrasive than some of Weir’s recent work, though it complemented Edwin Roxburgh Prelude and Toccata of 1991 well. Roxburgh’s connected pieces pivot around an A deep in the bass of the piano’s range. Roxburgh plays with the piano’s sustaining abilities at the work’s opening and later remembers the derivation of the word ‘toccata’, meaning ‘to touch’. Roxburgh’s example is fleet and vivid and here contrasted hugely with Luciano Berio’s Piano Sonata (2001), the longest work on Lee’s programme. Much of the music swirls around a repeated B flat which tolls steadily for at least half of the work’s duration. As she had in each of the preceding works, Lee’s playing demonstrated an exceptional range of colour and touch. Berio’s substantial work perhaps loses some of its fascination when, at around the halfway point, it departs from that unwavering repeated note, but at its best it achieves a suspension of time and seems to hold much more than a single hearing could uncover. Lee separately characterised the repeating note and surrounding detail as though the two were set on different planes, and the impression was of a lone figure wandering through an ambivalent and slowly shifting landscape. 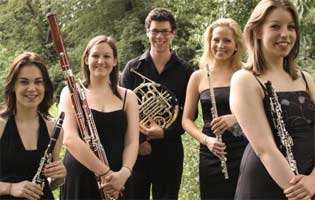 The later programme brought together two very different soundworlds, placing the St James Wind Quintet alongside guitarist Manus Noble. If the tight and dry acoustic of the Purcell Room worked against anyone in this pair of concerts, it was the Quintet – the players’ instruments would have sounded more at home with greater space to explore. It was, then, a great credit to these five musicians that they surmounted this obstacle with virtuosic and exciting playing in three intriguing works. Robin Holloway’s Five Temperaments and Anders Hillborg’s Six Pieces (both 2007) were both most striking in their central slow sections; Holloway’s melting block-chords suggested a melancholic squeeze-box texture and Hillborg’s ‘Idyll’ held the grandeur of a Coplandesque landscape. Most substantial was Giles Swayne’s pungent ten-movement suite based on Hamlet’s play-within-a-play, The Murder of Gonzago. This 2001 score closely recounts the brief but dramatic synopsis left complete by Shakespeare, providing a wealth of detail such as Gonzago’s drunken snoring and his eventual poisoning. Each member of the St James Quintet provided strong and individual contributions, particularly clarinettist Ellen Deverall (who juggled clarinets of various sizes throughout) and bassoonist Karen Geoghegan, who has already recorded for Chandos. 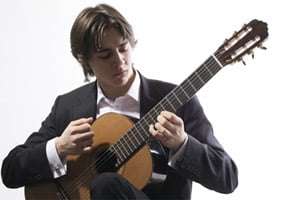 The Purcell Room seemed ideally matched to the scale of guitarist Manus Noble’s playing. The instrument’s smaller projection created warmth and intimacy. Noble’s selection of four pieces were each more tonal in nature than those played by the Quintet, underscoring the nature of the guitar as an essentially lyrical instrument. His first piece, Bruce MacCombie’s Nightshade Rounds (1982) recalled a moment in American minimalism dominated by the music of Steve Reich and though its material is less inspired than Reich’s music of the period, it did end with a wonderful shimmering texture almost like light playing on water. Darren Bloom’s Three (2010), here given its world premiere, is constructed around an almost neurotic obsession with the number three and maintains a light-enough texture and language for the processes of threes to be reasonably clear on a first hearing. Philip Cashian’s Talvi (1998) held an air of nocturnal contemplation and succeeded in suggesting glimpses of disparate styles while maintaining a clear voice of its own. Noble’s final piece was perhaps a little disappointing. Ginastera’s Guitar Sonata (1976) is constructed around modes and sequences derived from the tuning of the guitar and giving the sense that the music is composed from the unique characteristics of the instrument. Yet, aside from the highly energetic finale, there is little sense of flow and structure; rather it is composed of separate phrases and broken chords. Nevertheless, Noble’s playing was rapt and involving throughout.