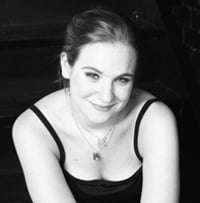 Day four of Park Lane Group’s week-long Purcell Room series was a little less uniformly excellent than the previous day. The earlier slot was taken by the cello and piano partnership of Jessie Ann Richardson and Lynn Carter with the evening shared by the trumpet and piano duo of Huw Morgan and Timothy End and solo pianist Jessica Zhu.

Richardson and Carter weren’t helped by a rather dour selection of music. The mood was only really dispelled by Richard Rodney Bennett’s sunnier Partita for solo cello (2001), a strongly tonal and melodic work which suggested circularity by returning to the C major music with which it opened. Benjamin Wallfisch’s Rhapsody for cello and piano (2003) was most striking for a Morse-code-like pulse at the top of the cello’s range at its conclusion, but Huw Watkins’s Cello Sonata of 2000 left little impression. Richardson and Carter presented a world premiere: Joseph Phibbs’s Sonatine (2010). Its opening impression was of the cello waking, growing more exploratory as it did. Throughout, the piano accompaniment was minimal and quiet, though the third and final movement featured cello alone, wending its way to and introverted conclusion. A largely unvaried programme, then, but Richardson seemed nervous throughout and would have been more successful with a greater dynamic range. Carter, though, was a fine accompanist. 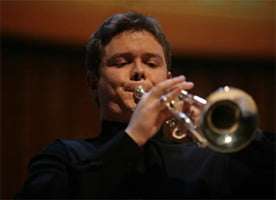 In the second recital, Huw Morgan was much more characterful and confident in his four pieces. Throughout he played with a honeyed tone and beautifully restrained vibrato. These virtues were especially apt in two works: Paul Max Edlin’s The Pathos of Lost Meaning (2010; world premiere) and Giles Swayne’s Sangre Viva (2003). Both works gave long lines to the trumpet. Edlin’s piece is based on a poem concerning the uncertainty and loss of meaning over time, and seemed to reflect this in the contrast between the solidity of the trumpet writing and the fragility of that for piano. Eldin’s restrained use of special effects worked well: an object held on the piano strings to create a ‘prepared’ sound, and the trumpet blown gently into the open lid of the piano and creating resonance with the strings. Swayne’s work avoided overburdening trumpet or piano with technical difficulties and achieved its stated aim of offering something more purely musical for its players to explore. As it progressed, it left the busy activity of its opening behind, readily evoking jazz and finally becoming serene. Two short works found Morgan unaccompanied. Olga Neuwirth’s Laki (2006), a bright and playful work exploits the different effects possible on the trumpet, culminating in raspberry blows. Mark-Anthony Turnage’s An Aria (with Dancing) (2004) is a brief study in leaping phrases that seemed rather unvaried in its effects.

Six pieces from Jessica Zhu fell into two distinct groups, firstly the austere and muscular music of Copland’s Piano Variations (1930) and Fantasy on a Theme of Liszt (1967) by John McCabe, and secondly a sequence of rags and a rhumba. That second sequence finished the concert, beginning with McCabe’s Lamentation Rag (1982), a jaunty and very brief slice of slightly distorted rag-mischief based on the name of Franz Joseph Haydn. Martin Butler’s Rhumba Machine (2009) is driven by repeated rhythmic cells and has touches of Ravelian harmony. Finally, Zhu gave us rags passed between their respective composers via the US postal system: William Albright’s Nightmare Fantasy Rag (1967-70) gave a familiar Joplinesque language touched by dissonance, followed by William Bolcom’s easygoing Graceful Ghost Rag (1970).