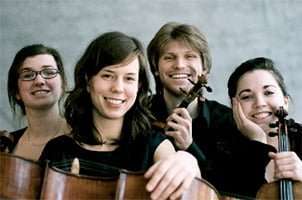 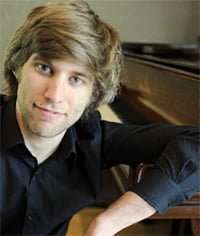 Series, a celebration of talented musicians playing a variety of repertoire, much of it recent. Colin Matthews’s String Quartet No.4 (2012) was played by the Gildas Quartet. The composer made his remarks to the musicians’ performance and David Alberman (Principal Second Violin of the LSO, a noted chamber-music player and a former member of the Arditti Quartet) was on hand for closely-observed comments. He was replacing violinist Alexandra Wood in this role but was fully inside the score, insightfully tutoring the quartet-members and also probing of the composer as to what he was expecting with his notated instructions. It was an enlightening hour’s worth and completed by a performance of this 20-minute, seven-movement work (first heard at Wigmore Hall last November from the Elias Quartet), revealing an impressive piece launched by a gruff cello solo. If over the music’s course one might reference to Bartók, Webern (Five Movements, Opus 5) and Britten (String Quartet No.3), Colin Matthews is also his own man, and the pivotal fourth movement is particularly beautiful and hushed; transporting.

Colin Matthews’s music also opened the main recital, pianist Joseph Houston playing Eleven Studies in Velocity (1987) in an order of his choosing, as the composer allows, beginning with the fiery No.5 and demonstrating stealth, combat and poise throughout the cycle. Houston went on to impress with three selections (II, III & IX) from Michael Zev Gordon’s On Memory (2004). Whether highly decorated, furious (if here too close to the just-heard Matthews) and regretful, there was much to absorb; the latter piece, IX, mixes Ravel and Henry Mancini to touching effect. Two pieces by Charlotte Bray also made a positive impression. Off the Rails (2006) exchanges tranquillity and explosiveness, finding similarities between the two states; while All at Sea (2012, PLG commission, world premiere) is still yet active with something lurking in the deep. Houston also played Scriabin’s Piano Sonata No.6 (1911), bringing out its mysticism and supernatural qualities, if not to excess, stressing its structure and also a kinship to late Liszt (and did I hear a quotation from his orchestral tone poem Tasso?). 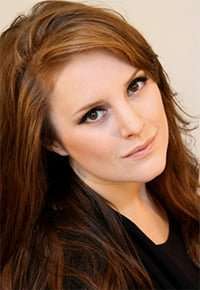 Louise Alder and Gary Matthewman further confirmed the wise choice of artists that is a typical aspect of PLG’s planning. She too included works by Colin Matthews, including Out in the Dark (to Edward Thomas’s words) and not least two wonderful settings of Baudelaire, every bit as sympathetic to the poet’s words as were Debussy and Fauré, and sensuously sung. Alder opened with Oliver Knussen’s Whitman Settings (1991) and subsequently orchestrated. 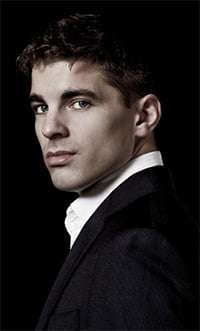 This is operatic and illustrative music, requiring a gamut of responses from the singer. Alder was a vibrant and confident narrator and Matthewman, as throughout, a tactful and sensitive accompanist but not lacking either presence or character. Huw Watkins’s Five Larkin Songs (2010) include a haunting nocturne (‘Who called love conquering’) and the heart-rending ‘Love Songs in Age’, Watkins owing more to Tippett than to Britten in his compassionate setting. Louise Alder and Gary Matthewman, individually impressive, made a charismatic duo. Lord Berners (1883-1950) also featured, in six songs – three in French, three in English – all from 1920. Those in French are bluesy, witty, deadpan and heartfelt, and would pass for Poulenc (my original reaction before reading Philip Lane’s note!); those in English are less fathomable if whimsical. Alder and Matthewman enjoyed them.

The late Elliott Carter was not forgotten (he died last November aged 103). There were two musical tributes to him from Colin Matthews. Alder and Matthewman included On looking up by chance at the constellations, composed as a 100th-birthday tribute to Carter in 2008 to words by Robert Frost (not the programme’s Lowell), and a setting full of incident in this belated first performance. The evening closed with Houston giving the premiere of Matthews’s Berceuse for Elliott, written in the days following Carter’s death; music that is personal and intimate, musing on the loss of a friend and distinguished composer, a poignant privacy well caught by the pianist.