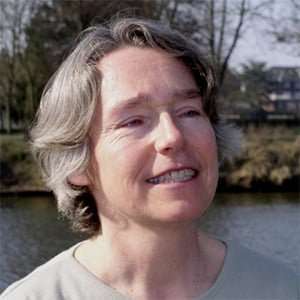 Nicola LeFanu (born 1947) has been a major figure in British music since her elfin presence made itself known in the heady 1960s. Daughter of Elizabeth Maconchy, married to fellow-composer David Lumsdaine, long-term university posts in London and York – biographical detail is nothing more than factual, and it was a pity that in her masterclass with the Jacquin Trio on the three pieces in the preamble to the main concert she didn’t give much away about methods, inspiration, influences, likes, dislikes. One revealing thing she did say, about her Sea Sketches (for clarinet and piano), was that “I had no idea I was going to call them Sea Sketches.”

First on was her Chiaroscuro for piano, trenchantly played by Charis Cheung. Written in the late-1960s, it bursts with the brilliant, confident rhetoric and incisive contrasts familiar with much music from that period, which carries with it the nagging doubt that it was more interesting to write than it is to listen to. Fast-forward 40 years to the Sea Sketches of 2008 and the difference was palpable. These ten short pieces rely entirely on the art of suggestion, with an evanescent logic of pattern that was a pleasure to be drawn into. Jessie Grimes’s clarinet playing was exceptional, full of character and intelligence, and you could easily imagine her bubbling lucidly in Mozart as you could her wrapping herself round the bluer regions of jazz. Before Sea Sketches, Zoë Matthews played Pleiades (for viola) with ample tone and rhapsodic inclination – a three-minute movement from Night Songs (for flute, horn, viola and harp), which had little chance to make its mark out of context. 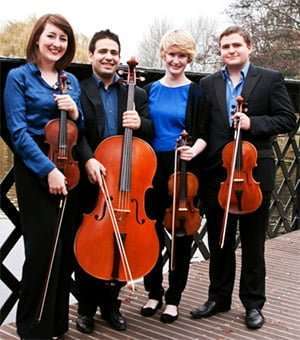 The main recital opened with LeFanu’s String Quartet No.3, a wonderful work of ear-catching beauty and fantasy, brilliantly written for the medium with significant roles for first violin and the viola, finely played by the Artesian Quartet’s Kate Suthers and Matt Maguire. As in Sea Sketches, there is an instantly beguiling freedom of invention and canny ear for effect that swept the listener along, and its lyricism reminded you of LeFanu’s pre-eminent skill as an opera composer.

In his 25-minute On Love and Death – Five Rossetti Songs (2009/11), the 30-year-old Christian Mason turned to the poetry of Christine Rossetti. Her direct imagery and economy of language are gifts to a composer, so it was odd that Mason wrote the soprano part generally high with an angularity that doesn’t give the words much of a look-in, and which meant that Joanna Skillett’s formidable, bright voice was given maximum exposure. The florid piano writing, played with high drama by Melanie Jones, reacts to rather than illuminates the poems, the subtleties of which are corralled into a one-size-fits-all expressivity, with self-conscious gestures, portentous silences and an over-extended leave-taking.

Skillett’s talents were better served in LeFanu’s Two French Songs, setting of Mallarmé’s Billet à Whistler and Au chat by the painter Gwen John, to her cat that had disappeared, in which the mesh of LeFanu’s vocal line and piano accompaniment, buoyantly played by Jones, reasserted the special chemistry of song-writing. Skillett got a further chance to show off her range in William Walton’s Three Songs (1932), doing the spiky mannerisms of Edith Sitwell’s verse proud with style and a commanding stage presence.

After the String Quartet by LeFanu, the Artesian members’ playing of Janáček’s String Quartet No.2 (Intimate Letters) wasn’t quite in the same league. The music’s abrasive tenderness and mercurial mood-swings came across strongly, but the composer’s characteristic shaping of climaxes and degrees of ecstasy needed greater articulation.