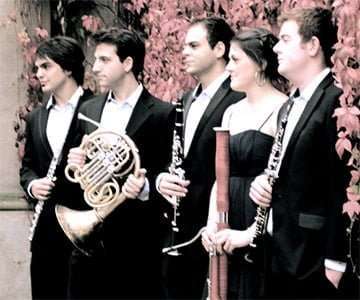 The final recitals of this year’s Park Lane Group New Year Series were of especial interest in its “Frontline Composer” being Cristóbal Halffter. Now aged 83, he has occasionally appeared in the UK as a conductor of his own music (memory recalls a Maida Vale studio concert with the BBC Symphony Orchestra some 15 years ago), but his impact in the UK has (almost inevitably) been limited. The 6.15 event (itself preceded by a recital from Total Brass in the Queen Elizabeth Hall foyer) mainly consisted of a conversation with the composer, and while the difficulties of translating between French, Spanish and English were not entirely overcome, it at least served to place Halffter in much-needed context. Ensemble Matisse then gave a performance of his Triada (1+2=3), a 2004 piece the mathematical elegance of whose construction was belied by its tendency to emotional extremes – the piece switching between visceral confrontation and a more subdued dialogue that ultimately tails off into virtual stasis. A testing assignment, then, which the present trio of players took confidently in their stride.

The main event juxtaposed music for wind quintet and two pianos to unlikely yet engaging effect. Ligeti’s Six Bagatelles (1953 – derived from his early piano cycle Musica Ricercata) is now a staple of the former medium’s repertoire, and the Cataleya Wind Quintet proved an admirable guide to its diverse components – not least a sombre ‘Adagio’ in memory of Bartók and the anarchic humour of the closing ‘Capriccioso’. Even Zemlinsky’s advocates may be unaware that he wrote two short test-pieces for wind quintet while in exile in the USA – of which Humoreske (1939) is a lively and resourceful rondo which, though hardly redolent of past operatic glories, confirms that his technical finesse was never compromised. 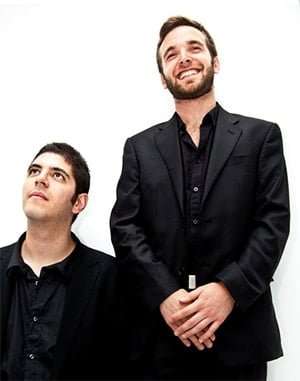 The Françoise-Green Piano Duo then gave us a real rarity. Although championed by such artists as the LaSalle Quartet and Eugene Ormandy, Hans Erich Apostel (1901-72) never acquired a reputation outside of his native Austria. A pupil of Berg, his 1939 arrangement of the ‘Variations’ from his teacher’s Lulu Suite reveals keen appreciation of the music’s inner workings and tonal finesse. Wholly different in its size and expressive scope was Halffter’s Espacios no Simultaneos (1995), which explores the diametric opposites of near silence and assaultive violence that yet amounted to a study in fractured coherence such as these musicians ably encompassed (though pity the poor piano-tuner!).

After the interval came a welcome – if belated – marking of Justin Connolly’s 80th-birthday with the concluding ‘Fourfold’ portion of his sequence The Garden of Forking Paths (1963). Inspired by the eponymous story of Jean Louis Borges, the four pieces outline subtle differences in overlapping time with a methodical thoroughness that more than compensates for any lack of textural variety. Following with the Fantaisie espagnole (1920, piano/four hands) by Lord Berners proved astute programming – its three movements variously parodying Spanish musical archetypes in ways that recall Satie and Stravinsky, and it was hardly the fault of these players that the piano-duet transcription cannot emulate the panache of the orchestral original.

The Cataleya musicians then returned for two further items, the first being a PLG commission and the world premiere of Redditio 2 (2013) by Lithuanian Vykintas Baltakas (born 1972). Following the time-honoured process of creating a new work from the re-composition of earlier ones, this draws on the more extreme aspects of the medium as evolved over the post-war era – the notation taking in fully composed as well as wholly aleatoric passages which place a premium on interpretative prowess. The outcome, if not strikingly individual, was still arresting in its command of the broadest sonic palette as to suggest that the music of Baltakas – Halffter’s nomination – would be worth closer acquaintance.

A pity that the piano and wind musicians could not be brought together for the final work (though the repertoire for wind quintet and two pianos cannot be too extensive!), but Berio’s Opus Number Zoo (1951) – its whimsical narrations overlaid onto the music and breathlessly declaimed by the players – made for an engaging close to this latest PLG week.