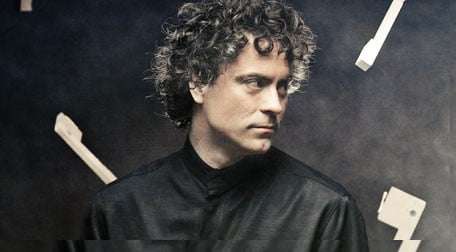 It’s been a good couple of weeks at the Royal Festival Hall for pianists, Krystian Zimerman and Martin Helmchen in particular, the hat-trick completed by Paul Lewis who brought to life this International Piano Series programme that may have been thought sober on paper. And it was good to see Alfred Brendel (a mentor of Lewis’s) in the audience, recently turned 85, looking chipper.

The Schubert Sonata enjoyed Lewis’s command. He found the first movement’s strength, feminine side, unravelled its mysteries and relished the song-like jauntiness. Very enjoyable, so much so that his eschewing the exposition repeat was all the more regrettable. Selflessness and probing are at the core of Lewis’s musicianship. Thus the slow movement was soulfully expressive, turning to sorrow via turbulence, and the harmonically surprising Scherzo (with a Minuet inside) was answering back moderately and evocatively; really quite delectable. Lewis then made merry with the whimsical dance music of the Finale, and the quizzical rejoinders. His sensitive touch was a delight and he saved up something for the ultimate emphatic and dismissive chord.

Both of the Brahms sets were absorbing and entrancing. Of the Ballades, the opener (based on the Scottish tale, Edward) was flowing and dramatic, with the next one being tender until the restless, martial middle section intervened. Lewis, in total appreciation of everything Brahms has placed before him, consequently ensured punchy attack and glacial contrasts in the succeeding Ballade, completing the collection raptly, with ripples of illustration, such musings becoming ever-more confidential.

After the interval, the anticipation of the Second Ballade to Brahms’s final piano music (Opuses 116 to 119, or so it seemed on this occasion) came to clandestine yet worldly statement with the Intermezzos, the icebreaker an innocent lullaby, one of Brahms’s most-endearing creations, if with a darker seam as the music rolls on. Lewis found in all three pieces exquisite and bittersweet intimacies and profundities.

With the ‘Dante Sonata’ it was time to bring on the big guns. Perhaps Lewis’s fastidious brand of pianism underplays Liszt’s dangerous liaison with the Devil. Yet his realisation was superbly structured, both in terms of rhetoric and dynamics, and there were some lovely ethereal traces, away from the Inferno. In music that is easy to whip into a frenzy, and which can be turned into an empty showpiece, Lewis made great music, and it was all the more thrilling for it. As ever, he saw the score whole, so that the concluding bars were the true arrival point and included tremendous bass salvos and a tutti accent as strapping as any piano can take. At this point Lewis was almost standing to deliver. But it was never crude, for Lewis’s thoughtful integration won the music its laurels, and throughout the evening the Steinway remained beautiful-sounding across its range.

As an encore, Lewis introduced ‘late’ Liszt, the Klavierstück in F-sharp as “much easier than the last piece!”. Much shorter too, barely a folio I imagine, and a well-timed, serene winding down. Good to report that this impressive recital was recorded.