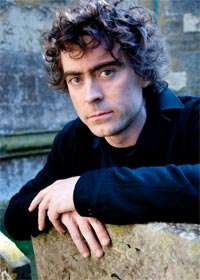 This was Paul Lewis’s first recital in the vast space of the Royal Festival Hall. His extensive London fan-base knows him best from his recitals in much smaller venues, where his seriousness of purpose and non-showy, probing musicianship communicate themselves with ease. He has also been praised for his award-winning recordings of Beethoven’s sonatas, and his Beethoven concerto cycle is one of the big draws at this year’s Proms. Moreover, his programme of early- and late-romanticism alongside two examples of the classical style at its most Olympian and engaging was mouth-wateringly attractive.So it’s painful to write that this recital just didn’t come to life. For a start, the piano did not sound good. The top felt unstable, and the bass had a cavernous sound that lost articulation in loud, fast passages. It wasn’t out of tune, but you did feel that things needed tightening up.

Lewis was entirely at home with the dark, internal rhapsodising of Mozart’s Adagio, a compelling and, for Mozart, rather rambling playing off of rhetoric against narrative, and Lewis gave it a remarkable focus and quiet translucence. He recreated its otherworldly remoteness with an ease that eluded him in Schumann’s Fantasie, which was odd, considering its more overt, heart-on-sleeve range of expression. Apart from some rather prosaic phrasing, the first movement was in general a bit cool, and the moments of explosive passion held in check. The second-movement march was impressively precise but at the expense of its delirious heroism. Lewis got nearest to the spirit of fantasy in the last movement, although I am sure many in the audience will have heard performances where the rapt, accumulative grandeur of the music can make your hair stand on end.

In term of high-definition romanticism, Paul Lewis was at his most successful in the Liszt piece. Its anguished introspection suited Lewis’s seriousness, and it suited the piano as well, at least in terms of sheer volume. The opening caught the spirit of Byronic gloom, heightened by Lewis’s Heathcliffian looks, in great style.

Lewis’s recording of the ‘Waldstein’ Sonata may be a bit self-effacing, but it is inquisitive and searchingly musical. In this recital, I missed that infectious sense of expectancy and carefully calibrated moments of achievement; the piano bass rumbled alarmingly in the great build-up to the first movement recapitulation; and the sustained solo high G that releases the music into the finale went for nothing, although the finale itself was full of gracious high spirits.