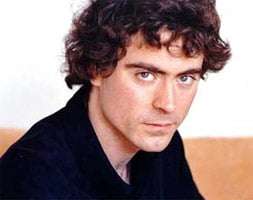 Some years ago, I heard Paul Lewis play Mozart’s A major Concerto (K488) at a BBC Prom. I was impressed. His keen, muscular playing was poised, with some sensitivity. His career has of course taken off; he is now hot property.

One consequence of becoming distinguished, it seems, is that he now feels free to play Mozart with a more personal stamp. During much of the C minor Fantasia, I was having problems in discerning – sometimes from one bar to another – exactly who had written this work. I heard Haydn, early Beethoven, Schubert, Chopin and Liszt, with occasional reminders of Mozart. The result was an exquisitely played piece of considerable sensitivity, spellbinding in its slightly self-conscious beauty. I had the impression that I had heard this work as Schumann might have performed it.

György Ligeti’s Musica Ricercata was arresting and captivating. (At its most simple, ‘ricercar means to enquire and to try out; at its most complex, it is contrapuntal and fugal, as in the hands of J. S. Bach.) “In 1951”, Ligeti wrote, “I began to experiment with very simple structures of sonorities and rhythms as if to build up a new kind of music starting from nothing.” These 11 pieces begin with a study based rigorously on the note A in various manifestations and ends with a fugal treatment of a twelve-note subject. En route, Ligeti toys with forms and titles; Lewis handled these short pieces, in effect a notebook, with debonair aplomb and flair.

He also let the closing Ligeti piece run into Mozart’s A minor Rondo. As a result, the former lost any sense of having ended, while the latter seemed to have emerged in an indefinite state. It never gained consequence.

The Schubert Sonata was a different affair altogether. Lewis was very much at ease with this benign work. His approach was poised and classical, restrained and punctiliously clear. It was adroitly phrased, with close attention paid to trills in the bass, playing in octaves and rippling accompaniment. There was little nuance, however, and few shadows. This was a refined and airy performance, whose feet stamped above the ground. It was nevertheless skilful and stylish, alert and engaging, coolly thought-out.

Wigmore Hall was full, the acclaim rapturous, and more Schubert was offered as an encore.