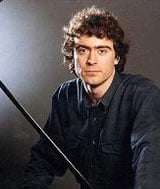 So to the close of Paul Lewis’s Beethoven sonata cycle – here at the Wigmore Hall in the second of a pair of concerts that each contained Beethoven’s great last three sonatas – heard across the country, including Turner Sims Concert Hall in Southampton and Music at Oxford, as well as in Europe and America.

In the burnished glow under the Wigmore’s cupola, Paul Lewis gave typically considered and satisfyingly musical accounts of the last three sonatas Beethoven composed, some five years before his death. How would he deal with the near-200-year-old question as to whether to treat them either as an intricately connected cycle or even as a valedictory offering, even though at the time of composition Beethoven probably thought of them in neither way? Lewis is canny enough to allow the music to speak for itself, the connections left to the audience to hear for themselves, the conundrum over their valedictory nature eschewed for purely musical values.

Of course, with the E major and C minor sonatas so imbued with variation form, and all three sonatas throwing their weight from the traditional opening movement to the finale – and the very fact that they are Beethoven’s last sonatas – make for a convenient and understandable recital programme. More connections are there to hear – the fugal finale of the A flat sonata is not the only hint of Bach, and throughout the three Beethoven seems obsessed with ornamentation, all lucidly played by Lewis.

The three sonatas also have a cumulative architecture – Opus 109 beginning and ending softly, Opus 110 beginning softly but ending loudly and Opus 111 beginning loudly but with its extended variation finale eventually dying away. Save the heart-stopping interruption of a mobile phone ring within bars of the start of Opus 111 after the interval, which – thankfully – was so early in the performance for Lewis to stop and start again (a similar thing happened the following day in the Royal Festival Hall’s Gala opening; Jurowski having to do exactly the same as Lewis), this rise and fall to the evening was skilfully accomplished.

Lewis also knows the Wigmore Hall well enough not to overpower his playing, just because the acoustic sounds so accommodating. His careful gradation of sound gave the impression that there is more power there, should it be needed. Such containment of elemental forces is part of the fabric of the music, a seething undercurrent to Beethoven’s surface (sometimes jazzy) twists and turns, and the belief that the player is in someway controlling that inherent force is good to both hear and see.

Apart from a few extra-musical noises that Lewis let loose (such as a high hissing sound, as if the pressure sometimes was too much!), this should make equally intense listening on BBC Radio 3’s relay on 15 June, the finale of his broadcast cycle. What Radio 3 listeners won’t get is the ghostly reflection from the highly polished Steinway lid onto the back of the Wigmore Hall’s stage wall, which looked like an open score, as if Beethoven was looking down and following proceedings.

Lewis’s recorded Beethoven cycle will continue for a while. Four discs have already been released on the Harmonia Mundi label. The first encompasses the three Opus 31 sonatas (HM 901902), released in 2005; and there’s a three-disc set (released January this year) encompassing sonatas from across Beethoven’s career including the ‘Pathétique’, ‘Waldstein’ and ‘Hammerklavier’ (HM 901903).