Brahms
3 Intermezzos, Op.117, interspersed with…
Beethoven
Piano Sonata No.4 in E-flat, Op.7, and pieces by Louis Couperin and Tchaikovsky 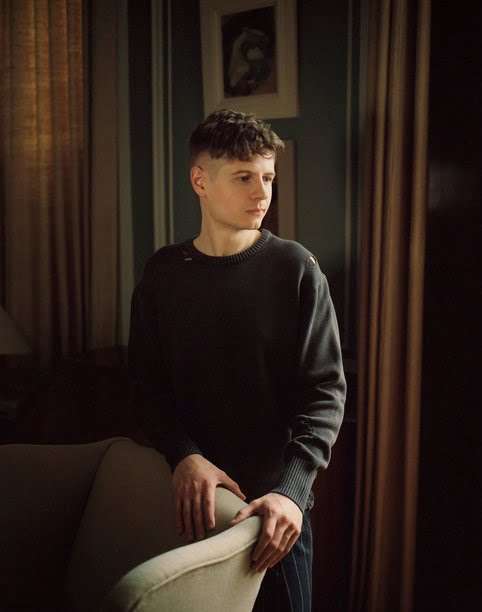 Extracts from an ode by Horace, about transience and hope, and from Joseph Brodsky’s poem Watermark, about love, were projected onto a screen before each half of Pavel Kolesnikov’s recital. The Queen Elizabeth Hall lighting was turned down low and applause was strictly controlled. This was Kolesnikov’s debut in the Southbank Centre’s indispensable International Piano Series and was very much in line with the Siberian pianist/poet/wunderkind’s uncompromising presentation style – the recital as artwork, with the chosen scores coerced into relationships that otherwise might not have registered.

Yet Kolesnikov makes it work, and while he has seemed on course for ego-fuelled self-indulgence, that couldn’t be further from the truth here in playing that was ingenuously self-effacing. One of Brahms’s Opus 117 Intermezzos started each half, with the third bringing the evening to a close, and they inevitably set a profoundly private tone, delivered with tact and reserve. If Kolesnikov gives an initial impression of willowy languor, it is dispelled by beautifully judged rubato, an equally refined pressure that keeps the momentum going and an irresistible but disciplined improvisational quality that makes the music soar. The first Intermezzo segued into Beethoven’s Opus 7, in a performance that made this odd-man-out Sonata sound eerily prescient of later things. Kolesnikov was superbly articulate in the drama of the first movement, allowed the Largo (the marking flourished with con gran espressione and played as such) to expand into a serene stream of consciousness, underpinned by some well-judged pedaling, and there was an attractive Schubertian discursiveness to the Finale. The sound he coaxed from the Steinway drew you in with its warmth and intimacy, and his dynamic range suggested depth and clarity.

This worked very much to the advantage of the Suite in A (compiled by Kolesnikov) and Pavanne in F-sharp minor by Louis Couperin (François’s uncle) that deferred to Baroque keyboard registration and style without labouring the point. As the intensity of Kolesnikov’s playing came into ever tighter focus, you couldn’t help but surrender to the music’s magnificent abstraction, and it was a bit of a wrench from this to his Tchaikovsky group, five selections. This is partly because his piano music hasn’t made its way much in the recital repertoire and partly because of its salon-like ambitions. The Dumka (Opus 59) showed off the more overt aspects of Kolesnikov’s astounding virtuosity and mercurial touch, and coming before the comforting nostalgia of ‘Passé lointain’ (from Opus 72) led into the shadowy territory of the final number of Brahms’s Opus 117, which simply ached with sadness and resignation, realised with disarming candour. As Kolesnikov remarked in his pre-recital talk, Brahms and Tchaikovsky didn’t exactly spark off each other, and the way he steered the Intermezzo into grey disintegration was the best thing in a remarkable recital.

Perhaps the Tchaikovsky group could have been shortened, and I was not always convinced by his presentation style, but Kolesnikov is an astonishingly poetic and complete musician, and his playing makes everything he touches at the very least interesting and very often intensely moving. His encore returned us full-circle to the start, the first of Brahms’s Opus 117 Intermezzos given again.