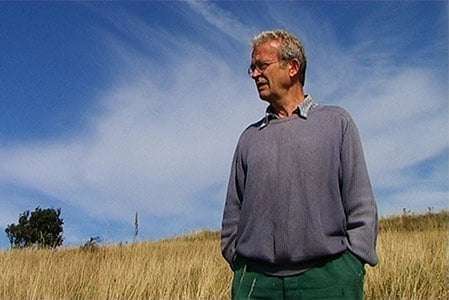 Highly regarded in his native Denmark, Pelle Gudmundsen-Holmgreen (82 this year) remains largely unknown elsewhere – not least in the UK, where a last-minute scheduling of Incontri during BBC Proms 2012 was quite likely most listeners’ first encounter with his music.

This London Sinfonietta concert was devoted entirely to that music, Mixed Company being the umbrella title for a series of pieces inspired by John Dowland – effectively an exile at the Danish court of Christian IV – and specifically his song Flow My Tears, which threads its way through Gudmundsen-Holmgreen’s 70-minute sequence. In numerous earlier works, he has demonstrated an innate ability to integrate elements from the music of others into his own thinking, such as was deployed here with methodical rigour yet also an engaging playfulness.

The present sequence was devised so as to underline a gradual coming together of voices and/or instruments. It duly opened with Play (2010), an intricate and at times aggressive workout for an ensemble in which the song’s motivic essence is covertly alluded to in an intensifying process that eventually implodes into silence. The next three pieces were allotted to the vocal consort and constituted a self-contained sequence in itself. Sound I (2011) moves from consonants and rhythm to vowels and harmony, while Sound II (2012) moves from chordal sequences to more continuous melody such as Song (2010) proceeds to elaborate into the opening phrase of the Dowland – though this is constantly undermined by ‘breakdowns’ in vocal unity, while the initial phrase of Flow My Tears eventually emerges in A major rather than the original A minor.

The Sinfonietta then took centre-stage for Run (2012), where elements of the song are bandied about with an abandon in which the trombone is accorded a concertante-like role. This is further explored in Turn II (2012 – its content derived from an earlier work of that name that is not part of the present entity), with bass flute, harp, guitar and percussion given presence next to the gradual entry of the voices; resultant melodic lines at length coalescing around the note A which makes possible the tangible reintroduction of the Dowland song. It remained for Company (2010) to assemble all the forces so as to bring that setting (and thereby Dowland) into more definable focus – though, as seemingly so often with Gudmundsen-Holmgreen, the outcome is kept teasingly and even provocatively out of reach until the almost-relieved closing cadence.

Mixed Company was given a confident and assured hearing by the London Sinfonietta and Theatre of Voices – the latter second to none among present-day vocal groups – under Paul Hillier. A pity, though, that it was given in the Purcell Room – its notoriously flat acoustic ironing out much detail and perspective in the instrumental pieces in particular. No doubt the recording from the present performers, just released on the Dacapo label (8.226114), provides a more sympathetic listening ambience. The evening was rounded off – in the Queen Elizabeth Hall/Purcell Room foyer – with a short though apposite selection of Dowland songs in which Theatre of Voices underlined its excellence in this repertoire – ‘Flow My Tears’ (framed by ‘Tell Me True Love’ and ‘Now, Oh Now, I Needs Must Part’) heard in all its unforced eloquence.