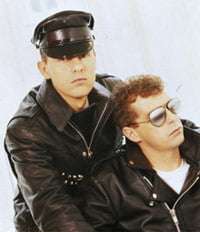 As if to prove that there is no such thing as silent cinema, in the last six months the Barbican has staged its ongoing Silent Film and Live Music series that has included D. W. Griffith’s 1921 “Orphans of the Storm”, the avant-garde films of Germaine Dulac, F. W. Murnau’s 1926 version of “Faust”, John Barrymore in “Dr Jekyll and Mr Hyde” (1920), Josef von Sternberg’s 1927 “Underworld”, Maurice Elvey’s 1921 “The Hound of the Baskervilles”, Hitchcock’s earliest thriller, “The Lodger” from 1926, and a 1924 version of “Peter Pan”. Most have had either piano accompaniment or a small ensemble playing the music, although “Peter Pan” had Elizabeth Jane Baldry playing the fairy harp. Still to come are “A Fool There Was” (13 January) which was banned in 1916, “Flesh and the Devil” with Greta Garbo (20th), and G. W. Pabst’s “Pandora’s Box” (27th).

This week the Barbican Hall saw the BBC Concert Orchestras and the Pet Shop Boys playing music for a screening of Eisenstein’s classic film of “Battleship Potemkin” (1926). When Eisenstein’s film was premiered in Moscow it had a musical accompaniment in a medley of works by Beethoven, Tchaikovsky and others. Later there was a specially composed score by Edmund Meisel, an Austrian composer whom Eisenstein had commissioned, because he felt that his film needed impact from both sound and vision to make it work. Meisel’s score was written in a hurry and so it contained many repeats, although it was well received at the time. 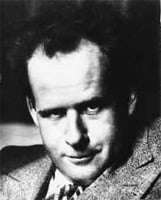 In the director’s mind “Battleship Potemkin” should have a new music-score every ten years to give it relevance for every generation. There have been versions by Shostakovich and others, but the Meisel has remained the favourite. The Pet Shop Boys score is mainly orchestral with just three songs interpolated and sung by Neil Tennant. It is a positive piece of writing that should introduce the film to a new audience when it is eventually released on DVD. Oft considered to be one of the best films ever made – it usually appears in those lists of top films – “Battleship Potemkin” is however the sort of film that is not seen very often except by students of the cinema, dealing as it does with the 1905 rebellion by the crew of a battleship against the oppressive officers of the Tsarist regime. It is set in five episodes: the first, ‘Men and Maggots’, deals with the sailors’ protest at having to eat rotten meat; the second episode, ‘Drama at the Harbour’ shows the men rebelling at the killing of their leader; part three, ‘A Dead Man Calls for Justice’, shows the leader being mourned by the people of Odessa; part four is the famous ‘Odessa Steps’ sequence, and part five is ‘Rendezvous with the Squadron’ in which the rest of the fleet join up with the sailors of the Potemkin.

For its time “Battleship Potemkin” was remarkably modern in its approach to cinema language which in 1926 was in its infancy. Eisenstein’s handling of crowd scenes and individual close-ups is a textbook method of how to film, edit and provide montage images in an exciting film documentary. These images have become iconic, the most famous being in the ‘Odessa Steps’ sequence with the old woman’s smashed glasses, the open-mouthed scream of another woman carrying her injured child, and the most telling image of the baby carriage toppling down the steps. This was emulated by director Brian de Palma in his film “The Untouchables”, which gave a knowing and nodding tribute to the work of Eisenstein.

The Pet Shop Boys’ score for ‘Potemkin’ is vast and all-encompassing. It’s a big sound with great blocks of chords that evoke the massive crowds and the rebellion. There’s a great urgency to the music that pushes the drama on to its inevitable conclusion. Apart from the regular orchestral forces, which conductor Jonathan Stockhammer harnessed extremely well with from his exceedingly good players, much use is made of electronics and discordant synthesiser passages. It is certainly music for our time even if Tennant’s three songs, ‘After All’, ‘For Freedom’ and ‘No Time for Tears’ get lost among the general mêlée of sound. However, Tennant reprised ‘No Time for Tears’ as an encore.

This may well be a score for our time, but it remains Eisenstein’s imagery that is as strong and vital as ever and which provides the real drama. Even without a score “Battleship Potemkin” is a masterpiece. Although we were probably watching a digital print at the Barbican, it is time for a really decent, re-mastered print to be struck for this octogenarian classic.