Peter and the Wolf Live on Stage
A musical symphony for children, text and music by Prokofiev, for narrator and orchestra, with a new script by Simon Armitage, devised by Simon Olswag and Hugh Welchman 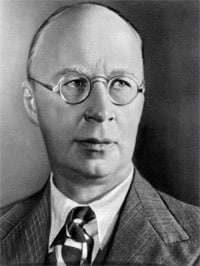 What do Alec Guinness, John Gielgud, Michael Flanders, Basil Rathbone, Boris Karloff, Peter Ustinov, George Raft, Richard Baker, Dudley Moore, Terry Wogan, Paul Hogan, Beatrice Lillie, Mia Farrow, Sting, Sharon Stone, David Attenborough, Carol Channing, Ben Kingsley, Patrick Stewart and Dame Edna Everage have in common? They have all provided the narration for what must be the most recorded piece of music ever – Peter and the Wolf. And the list is only half or perhaps fewer than half of the entire catalogue of recordings of Prokofiev’s little symphony for children which he wrote in four days during 1936 for the Central Children’s Theatre in Moscow.

It had a poorly received first performance but was destined to become one of the most beloved of musical works, especially in its appeal to children of all ages. Apart from the many gramophone recordings including jazz, rock and scratch versions, it has also appeared as a Russian animated film, a Walt Disney cartoon, various television productions including the Sesame Street Workshop and by The Muppets, as well as stage and ballet versions. Here we now have a ‘live’ version with an orchestra accompanying the screening of the latest film version of the story which won an Academy Award for Best Animated Short Film in 2008. 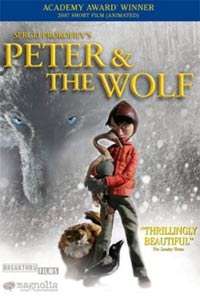 The film of Peter and the Wolf is a total delight and it is easy to see why it won its Oscar. The use of puppets to tell the story is very skilfully managed. Employing stop-frame animation it does, however, lack the jerkiness often associated with this method, and the film’s characters of Peter, his grandfather, the hunters and the animals have real depth and their movement has a definite flow. There is plenty of fine detail in the presentation of the animals even if the story, however, strays from the original narrative in many ways, although it still tells the basic tale of Peter and his capture of the wolf. Peter is a dour little boy but he likes the animals. The cat is a big fat marmalade one with some very expressive looks, especially when in pursuit of the bird or fleeing from the sharp teeth of the wolf by running up a tree. This cat is a distant cousin of Tom (of Tom & Jerry) or Sylvester and Tweetie Pie. The bird is injured and can only fly with the aid of a balloon.

What is also different is the lack of narration, for the story is told through images, movement and music and dispenses with the speaker altogether. It still retains the use of various instruments to represent each character, so that the wolf is introduced by three horns, grandfather is a bassoon, the cat a clarinet, the duck an oboe, the bird a flute, the hunters are timpani and percussion and Peter is all the stringed instruments. It was written as a guide to the orchestra much as Benjamin Britten did ten years later in The Young Person’s Guide to the Orchestra in which his ‘Variations and Fugue on a Theme of Purcell’ demonstrate how an orchestra works. The other work in a similar vein is Saint-Saëns’s The Carnival of the Animals.

The point of poet Simon Armitage’s new introduction to Peter and the Wolf, in which actor Burn Gorman tells the audience about the dream he has had, is to arouse interest in the film. It begins in rather facetious mode but Gorman soon has the (mainly) children in the audience hooked and it’s not long before they are all shouting much in the way they would be doing at a pantomime. After the film is over, the narrator seems to have acquired a girlfriend, although this has nothing to do with Prokofiev’s original story, and they cycle off together.

The Philharmonia Orchestra and Mark Stephenson give a sparkling account of Prokofiev’s score. Hearing it as an accompaniment to the film adds a new dimension to the whole enterprise. This is a charming Christmas treat and the young audience appears to be completely won over by it, as well as learning a little about the make-up of an orchestra.