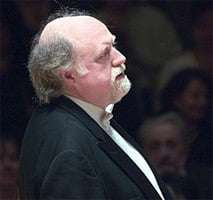 Over the years, Peter Donohoe has excited and disappointed in pretty much equal measure. His success in the Tchaikovsky Competition in 1982 (Silver Medal) was cause for much celebration; although his biography in the SBC’s International Piano Series booklet did not mention his sixth place at Leeds just before Moscow. After the Tchaikovsky triumph, a top-flight career seemed inevitable. Somehow, it didn’t quite happen.

Donohoe is a big man with an even bigger technique. So starting with Debussy’s Estampes raised an eyebrow. It was the least-successful part of the recital. Despite an appealing tone, ‘Pagodes’ was not delicate enough, and there was over-pedalling. Certainly the Spanish-inflected ‘La soirée dans Grenade’ was better, with the rhythms making good effect and the climax carefully prepared. Donohoe’s technique came out in full force for ‘Jardins sous la pluie’, but without capturing the soul of the composer.

The first of Liszt’s three books of pieces entitled Years of Pilgrimage is so rarely heard, and yet contains such magical, wonderful music. Donohoe’s reading was impressive in many ways. Tests of stamina appeal to Donohoe, for he seemed to relish this 50-minute collection (and the long first half to which it belonged), right from the monumental, quasi-Wagnerian chords of ‘Chappelle de Guillaume Tell’. Perhaps Donohoe has yet to capture simplicity, for it was just this that ‘Au lac de Wallenstadt’ lacked, and the ensuing ‘Pastorale’ was blurred, its drone under-played and the shepherd’s piping lacked the carefree élan the outdoor life brings. However ‘Au bord d’une source’ was nicely shaped. ‘Orage’ (Storm) was the highlight – electrifying double octaves and torrents of bass-driven sound dominated; the final two chords were perfectly dismissive. In ‘Vallée d’Obermann’, a tone poem in both length and emotional depth, Donohoe failed to fully project the music’s intensity, despite an impressive climax. The single lines of ‘Le mal du pays’ can speak more (and the preceding Églogue’ has spoken more eloquently); while the final piece, ‘Les cloches de Genève’, brought Donohoe’s first properly-delicate playing of the evening.

After the mammoth first half, Donohoe turned his attention to the crepuscular delights of late Brahms. The first five Pieces, miraculous though they are, do little to prepare one for the ‘New Worlds’ of the E flat minor Intermezzo. Surprisingly, the First Intermezzo was rather messily delivered, as was the Third (G minor), while the Second (the luminous A major Intermezzo) required more Innigkeit. The Fourth Piece (another Intermezzo) was clunky; at least the Romance was fluent. The final Piece was fairly imaginative, even if it did not take us to other realms.

Finally, Bartók’s Piano Sonata of 1926. Its barbaric side suits Donohoe perfectly. It was good to hear the chords in the first movement carefully balanced as well as full of energy. Donohoe also honoured the bleak picture Bartók paints when the music fragments (almost deconstructs, in fact). The slow movement was quite disturbing in its sparse landscape, while the fast, manic folk-like finale made its point brilliantly. The encore was Debussy’s L’Isle joyeuse: exciting and vibrant.