On the day itself Peter Donohoe marked his sixty-fifth birthday with a generous recital at Wigmore Hall, juxtaposing Scriabin and Ravel, then Mozart with Schubert. 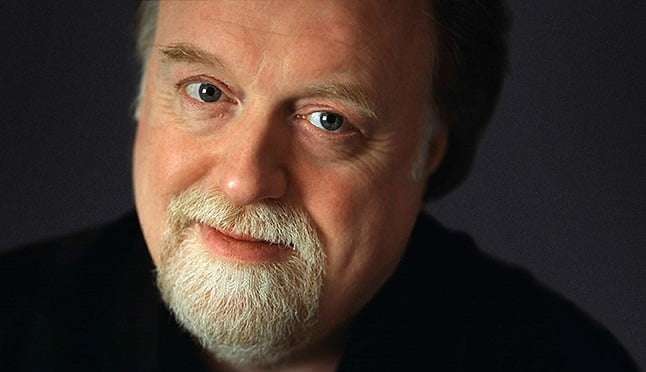 Scriabin’s early-ish two-movement Second Sonata (completed in 1897, with eight such works to come) is richly expressive, Donohoe making this apparent in the opening Andante, which if still quite Chopinesque and with an awareness of fellow-Russian Rachmaninov also exemplars Scriabin on the road to finding himself if not yet becoming the incense-burning mystic adventurer that was his destiny. Donohoe caught well the music’s volatility and dynamics – and, indeed, fantasy – whether passionate outbursts or dreamy tenderness (suggesting an affair of the heart in the form of a musical diary), and followed with the turbulent Presto, essayed with panache and clarity.

This boded well for the Ravel, but not everything came off. Dynamics at the quieter end of the scale were at a premium, and Donohoe was rather too rigorous with each of the pieces, although he captured somewhat the flickering night-music of ‘Noctuelles’ and the immeasurable mysteries of ‘Oiseaux tristes’, also the glint of sun on water and the ocean’s subterranean waves that disturb the boat’s initially placid journey, returned to a safe harbour by its close. ‘Alborada del gracioso’ lacked for half-lights in the languorous central section and the faster music was harried, the coda pummelled along shapelessly; ironically, given this was Donohoe’s least-impressive playing of the evening, it drew applause. If we heard ‘sad birds’ in Miroirs II, then the ‘bells’ of V also enveloped melancholy, but throughout this collection too much sameness was applied to music of infinite variety.

Perhaps we don’t think of Donohoe as firstly a master of the Classical repertoire. He was here. In K279 (Mozart still a teenager, just) Donohoe enjoyed the ornaments and staccatos, the music worthy of Haydn in its whimsy, although by a hairsbreadth, and there would have been no reduction of exhilaration, the outer-movement tempos could have been less fleet. But Donohoe’s was a candid approach – not short of poise or contouring – and the observation of every repeat ensured the Sonata’s stature.

The Schubert was superb, engrossing. Grand and thoughtful in the first movement, the exposition itself was integrated (and repeated, necessary to balance the lengthy Finale), and there was much to admire throughout, not least a range of touch and a freshness of discovery. The Andantino came across as a song of loneliness (Winterreise peeking through), storm-cones hoisted at the nakedly exposed mid-point, to which the Scherzo skipped innocently in response, the Trio at-one with its surrounds. And if the Finale was amiable it also had direction and resolve, Donohoe wonderfully sensitive in those passages that relay reminiscence. To confirm his big-heartedness Donohoe then offered Mozart’s D-minor Fantasy (K397) as an encore, relishing its divergences.