For the second time this year, a visiting orchestra to New York brought Henri Dutilleux’s rarely heard Timbres, espace, movement, ou La Nuit étoilée to Carnegie Hall. While in January the Houston Symphony under Hans Graf had included it on a program of space-related works, one might speculate that Charles Dutoit selected it to honor the composer’s 95th-birthday, which is coming up in January.

By omitting violins and violas from his otherwise large orchestra, leaving out the middle register, Dutilleux has stated that he “tried to create an impression of vast space which the extraordinarily visionary painting, La Nuit étoilée [van Gogh], suggested to him.” From Dutoit the piece took on not only the celestial atmosphere of the painting, suggested by evocative woodwind playing, but he also brought out the power suggested by the swirling clouds and the physicality of Vincent van Gogh’s brush strokes. The outer movements built up to powerful climaxes, including a striking timpani solo by Don Liuzzi; even the interlude for 12 cellos featured not only eerily floating tone-clusters, but moments of muscular engagement as well. Less reminiscent of French Impressionism, this performance brought to mind the expressionism of early Bartók. 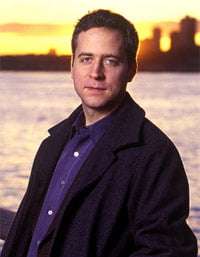 Starting Liszt’s E flat Piano Concerto with a bold statement, Dutoit continued in essentially the same character. Jeremy Denk responded in kind, with rousing octave passages – often leaning back like Lang Lang – and a conspicuous display of his formidable technique throughout. He also has lyrical gifts, and in the dialogue with the triangle he produced some of the lightest, most sparkling playing one could imagine. However, throughout, one couldn’t shake off the feeling that he had to accompany the orchestra; except for the very end, Dutoit had little contact with Denk, forging ahead without trying to accommodate the pianist’s phrasing and thus engendering ensemble slips. What could have been an exciting collaboration turned into a mere reading of the piece, well executed by the soloist, but ultimately shallow musically.

Although Prokofiev extracted three suites from his ballet score for Romeo and Juliet, Dutoit opted for his own selection of eight numbers, loosely following the order of the complete score. Making use of the twelve cellists required for the Dutilleux, he supported them with ten double basses. This, and the luxuriously dark, well blended tuba of Carol Jantsch, not only added weight to the low register, but imbued the string sections with the richness of the fabled “Philadelphia sound”. This was immediately apparent at the opening ‘Montagues and Capulets’, while ‘The Young Juliet’ and ‘Masks’ also brought out the strings’ delicacy, and ‘Minuet’ was gracefully accented.

Dutoit can be a very demonstrative conductor, and he was in his element here. He clearly enjoyed pulling out all the stops and relished everything this magnificent orchestra has to offer. ‘The Death of Tybalt’ is often played as a showpiece, and the Philadelphia Orchestra is capable of playing it as fast as any ensemble. However, there still was a core to the string sound, every note was clearly articulated; the big tutti chords had solidity and enormous depth, and the horns were impressive in the high register. To conclude, ‘Romeo at Juliet’s Tomb’ was both gripping and achingly beautiful.