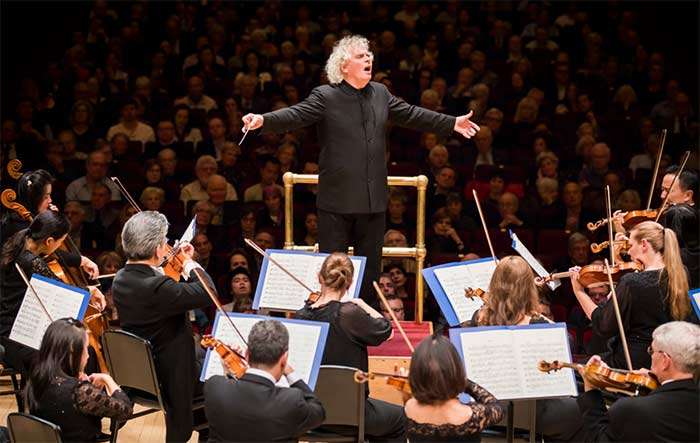 The turbulence and tragic perspective of our age seem to have been prophetically grasped by Mahler in his terrifying Sixth Symphony. Given Simon Rattle’s penchant for exaggerating fast tempos and rushing headlong into climaxes during this performance, it would appear that he sought to drive home this perception.

Some commentators have suggested, despite the Finale’s hammer-blows of Fate, that much of the music is full of energy and assertiveness, and even after the two blows (Mahler removed a third), rather than succumb to their catastrophe, the music raced along as if to escape their consequences; only the terrifying outburst on an A-minor chord at the end made such an attempt futile. Rattle conveyed a sense of disaster being essentially self-inflicted or at least that we are uncontrollably drawn to it.

Yet this mosquito-to-flame impression only comes gradually. The movement begins in a steady if forceful march-tempo, robust and vital and includes a rhapsodic second theme (which Alma claims Mahler told her characterizes her). But during the development, when demonic brass poison the march, Rattle hyped up the faster segments to a fever pitch; it was as if the heroism had been disaffected by negative forces. By the coda, Rattle whipped up a riotous pace with maniacal intensity.

Having opted to place the Andante moderato second (Mahler changed his mind about the order of the middle movements), driving rhythms and hysterical urgency now disappeared into serenity, Rattle infusing the music with a dreamy, nostalgic character, not least from the sweet-toned, florid violins. But when the music becomes more passionate, Rattle rushed forward. 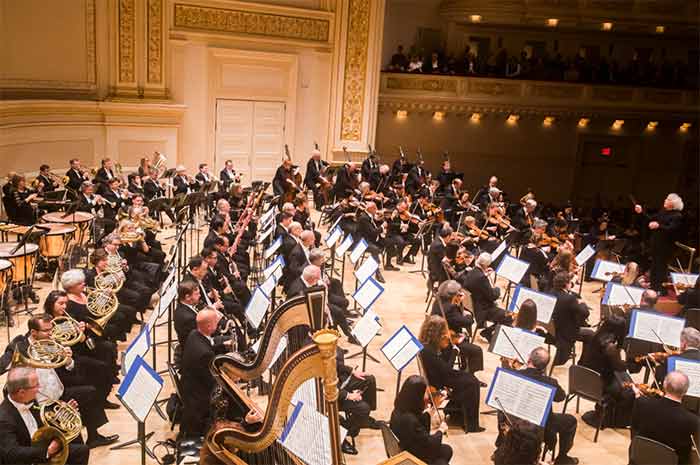 It is characteristic when the Scherzo is placed third that it is much faster than its Wuchtig (weighty) marking suggests. Rattle’s reading was no exception, thereby undermining the mimetic character of the limping triple-meter “march beat” parodying the dogged first movement; although its Mephistophelean temperament was enhanced by spooky growling to imagine Mephisto prancing about, gleefully mimicking the Hero’s egoistic posturing. The Trio section lacked tongue-in-cheek grace and charm.

After such wild fury, the Finale’s magical opening seemed anticlimactic. Typically Rattle pressed-ahead during the lengthy sections either side of the hammer attacks. Yet, there may have been method to his madness, for the music becomes increasing frenetic, thus emphasizing the unrelenting compulsion to rush headlong to doom. Most impressive was the awesome build-up to the enormous climax preceding the somber brass coda. Rattle took a properly broad approach, the tension mounting to an almost unendurable degree until the orchestra exploded, the timpani mercilessly pounding the Fate motif, pronouncing what seemed inevitable all along, complete annihilation. Only two quiet pizzicato notes remain, sounding, as Neville Cardus suggests, like clumps of earth being tossed on a grave.

In all, this performance was very impressive. The Philadelphians, challenged by Rattle’s tempos, played extremely well, the brass was firm and full-bodied, strings lustrous and woodwinds bright and articulate. Strong hammer-blows (the second more powerful than the first, reversing Mahler’s directions) added measurably to the dramatic potency. Rattle clearly has the Sixth Symphony completely within his grasp, and also suggested a contemporary characteristic – too much in a hurry to go nowhere.