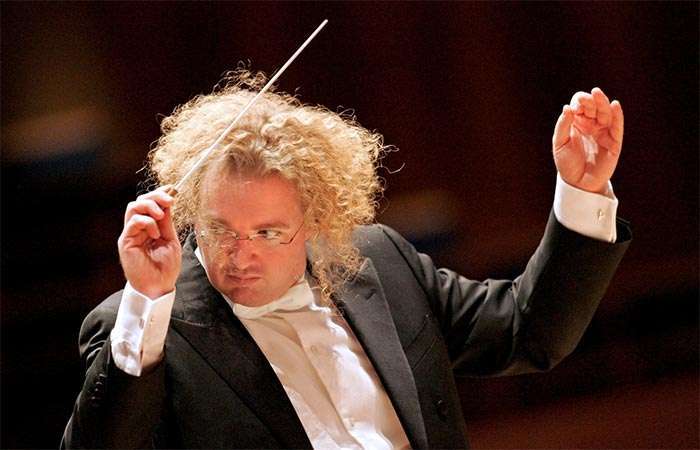 The Philadelphia Orchestra and Stéphane Denève paid tribute to Shakespeare in advance of the 400th-anniversary of his death this April. As the three works on this matinee demonstrate that the Bard, beyond being the most influential figure in English literature, inspired creations by great artists worldwide. Denève’s approach was as a storyteller.

Opening the concert was the brilliantly scored Overture to Beatrice and Benedict, a comic opera written at the end of Berlioz’s career. Denève drew incisive playing that successfully transformed into musical terms the juxtaposition of lightheartedness and romance in Shakespeare’s Much Ado About Nothing, with ebullient strings and woodwinds, and resonant horns representing Beatrice’s realization of Benedict’s love. Brass and timpani brought the piece to a joyous conclusion.

In Mendelssohn’s Overture to A Midsummer Night’s Dream, written when the composer was seventeen, the Philadelphia strings superbly portrayed the fairies in whose domain the play is set. This amazing work captures the spirit of the play perfectly. It was not until a decade later that Mendelssohn wrote Incidental Music. In the ‘Scherzo’, the strings agilely kept pace with Jeffrey Kahner’s bouncy flute contributions, Denève’s rhythmic emphases adding to the buoyancy. In the ‘Intermezzo’, the airy tone set by surging strings, flute and clarinet contrasted with the bassoons’ rollicking portrayal of The Mechanicals. The ‘Nocturne’ featured Jennifer Montone’s marvelous horn solos, and the famous ‘Wedding March’, introduced by stirring trumpet fanfares, delightfully rounded the selection.

The concert’s second half was devoted to a superb rendition of Prokofiev’s Romeo and Juliet ballet score, with movements from the three Suites selected by Denève to create a sequence corresponding to the story. He divided ‘Montagues and Capulets’, beginning with its brief dramatic opening and saving the sweeping Allegro pesante for later. The first three full sections relate to the Capulet ball, with the guests’ arrival depicted in the discordant but playful ‘Minuet’. As ‘The Young Juliet’ dances away from her maid’s efforts to dress her, sprightly violin figures are interspersed with a charming flute duet and there were fine solos on cello, clarinet, and saxophone. In ‘Masks’ a gentle but persistent percussive beat was maintained as trumpet and clarinet solos portrayed the dancers whose identities are hidden.

’Montagues and Capulets’ returned, functioning as the centerpiece, a huge array of low-pitched instruments pounding out the bass. In ‘Romeo and Juliet’ the heroine was ably represented by Kahner’s flute and concertmaster David Kim’s solo, while low strings stood in for Romeo. ‘Friar Laurence’, who marries the lovers in hopes of ending their families’ feud, was given a rather stately portrayal by bassoon, bass clarinet and tuba. In ‘The Death of Tybalt’, one could all but see the fighting from the agitated strings, with brass and percussion depicting the combatants’ repeated blows. ‘Romeo at Juliet’s Tomb’ begins with a threnody on violins and a plaintive oboe solo, but is soon dominated by trombones and tuba as Romeo, distraught over the apparent death of his wife, takes his own life. In ‘The Death of Juliet’, the contrabassoon brought home the depth of the tragedy.