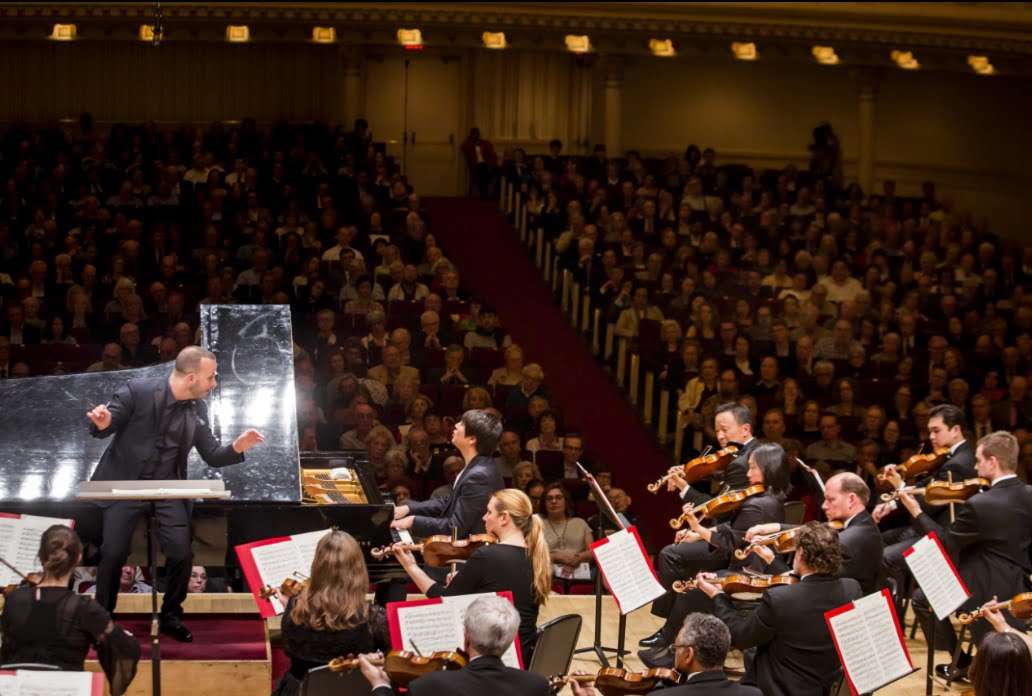 These two works present some interesting connections. Both are essentially late-romantic works, although Mahler’s Tenth explores visionary effects. Rachmaninov’s First Piano Concerto was written in the early 1890s and was revised in 1917, thankfully without altering thematic content or curbing youthful ardor. Unfortunately, Mahler didn’t live to complete his Tenth Symphony, but he left substantial sketches and indications. Several scholars, including the eminent British musicologist Deryck Cooke (1919-76), have made “performing versions”. Cooke’s earliest attempt was first-performed in the States by the Philadelphia Orchestra and Eugene Ormandy. Cooke’s third and final edition, published in the year of his death, is now the most performed.

In the Rachmaninov, Lang Lang indulged his usual flights of fancy and affected expression while displaying his extraordinary technique. Even though the Concerto is characteristic in its ardent romanticism, too much gushing can become wearing and may seem disingenuous. While Lang Lang’s manner sometimes bordered on the mawkish, he was able to avoid excessive emotionalism. He raced furiously through fast passages with incredible agility, as if to underline that he can do it. In the second movement, his long-lined approach gave the impression of being lost in a reverie. The Finale included a jazzy bounce to the second theme that contrasted with Lang Lang’s sentimental characterization of the principal subject. Yannick Nézet-Séguin supported the soloist’s personalized reading with invigorating drive and thunderous outbursts. There was an encore: a light piece by Du Mingxin given with elfin delicacy. 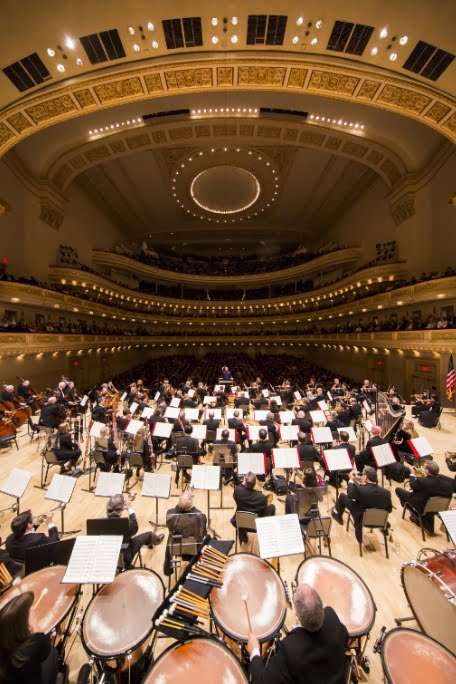 Nézet-Séguin’s reading of Mahler 10 combined a Brucknerian approach with an energetic intensity. This tactic failed to compensate for a lack of cohesiveness, too frequent discordant balances, spotty playing (particularly in the low brass) and a generally mechanical style in the two Scherzos that flanked a forced, exceedingly tense and rather too brisk treatment of the ‘Purgatorio’ middle movement.

In the first movement, the expansive first subject for violas is marked Andante, and the second Adagio, a distinction nullified by Nézet-Séguin’s equivalent pace for each. Although his reading had sufficient breadth, it was tarnished by woozy brass, messy entrances (especially undermining the explosion of A-flat that precedes the piled-on dissonant chords that are the core crisis of this movement), an inability to reach the heights of power during climaxes that should be overwhelming, and various balance problems.

The rapidly shifting meters of Scherzo I’s first subject, a rambunctious, club-footed Ländler are a challenge, especially when pitted again the second subject’s naturally flowing waltz. But in Nézet-Séguin’s concentration on the technical difficulties he did not manage any sense of dramatic character or purpose. Low brass was tentative, possibly befuddled by the metric complexity.

A clue to Mahler’s intentions in Scherzo I can be taken from the second movement of his Ninth Symphony, which treats Ländler and waltz as adversaries. Scherzo II, even more challenging given its tightly packed polyphony, intensified by forceful thrusts and stinging dissonant outbursts, devolved into note-spinning. The shadowy coda that here evoked a sense of mystery ends with an overpowering blow on a muffled bass drum … and the repetition of this terrifying stroke of fate had its intended effect.

During the Finale the orchestra came through splendidly. Flautist Jeffrey Khaner deserves a mention for his gorgeous contribution, and the strings’ deeply poignant fortissimo reprise of that flute theme was also impressive. Nézet-Séguin fortified conflicts between poignancy and vigorous force, becoming more fervent as the movement progressed.

But he did indulge in some rather voluble expression on occasion. In an attempt to make the return of the tiered thirds segment from the first movement more dynamic, Nézet-Séguin held back into its first chord, and burnished horns pronounced the opening theme of the Symphony as a clarion call to redemption. During the otherwise soothing coda, suddenly a sustained tone in the strings crescendos upward to a high G-sharp using portamento, followed by a devastating B-major chord in brass and strings; it sounded like a great sigh. It was as if Mahler, with his last gasp, expressed the very essence of humankind’s tragic pathos. Although this account had numerous imperfections, Nézet-Séguin and the Philadelphians came to the fore in the Finale.