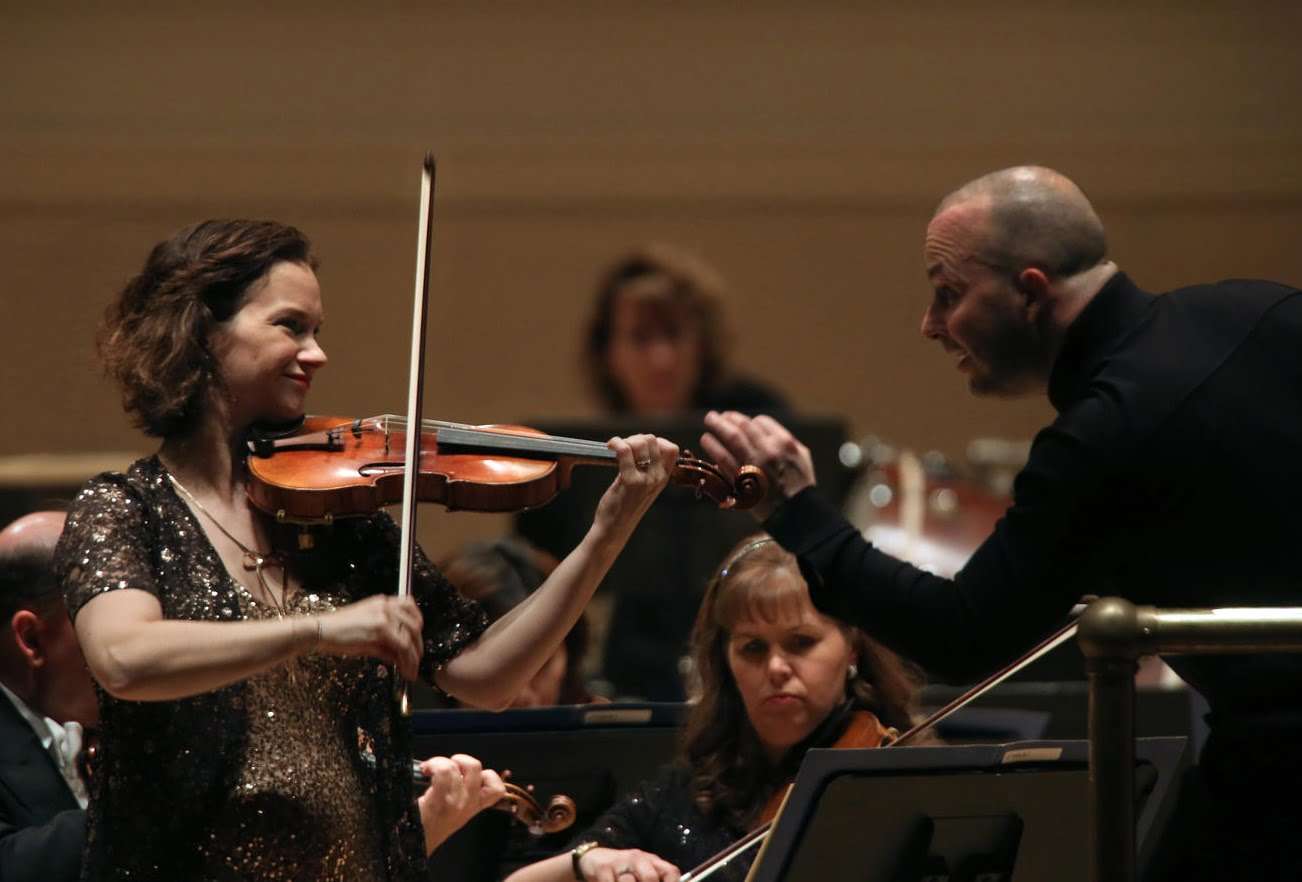 This Philadelphia Orchestra program at Carnegie Hall opened with a new Suite (at thirty minutes, longer than the previous one) that Thomas Adès has fashioned from Powder Her Face. The opera itself is a semi-pornographic exposé that embellishes scandal-ridden sensationalism with a touch of pseudo-sophistication, infused with a mishmash of musical gimmicks cleverly designed to appeal to prurient tastes, centering around a glitzy Duchess who resides in a swanky hotel that she will soon have to vacate due to her strapped financial condition. Her debauchery serves as fodder for both illicit goings-on and mimicry from the other characters. The score is laden with extremes, from overwhelming cacophony to psychedelic melisma, and elements of jazz and tango, and including an odd variety of ‘instruments’ such as fishing reels, swanee whistles and electric bells.

The eight relatively brief movements, played without pause and creatively intermeshed, present a substantial part of the stage-work’s most attractive sequences. Dances (waltz, foxtrot) are subjected to various rhythmic and harmonic permutations, jazz elements are combined with cleverly nuanced modernisms, and all is bathed in colorful orchestration, evidencing the composer’s fondness for the music of Ligeti and Nancarrow. The Philadelphians tackled it quite impressively, Yannick Nézet-Séguin highlighting its many grotesqueries and imbuing its hallucinogenic elements with saucy character. The music sung to the Duchess’s line “Bring me pearls before six and diamonds after” was exquisitely played by clarinetist Ricardo Morales. 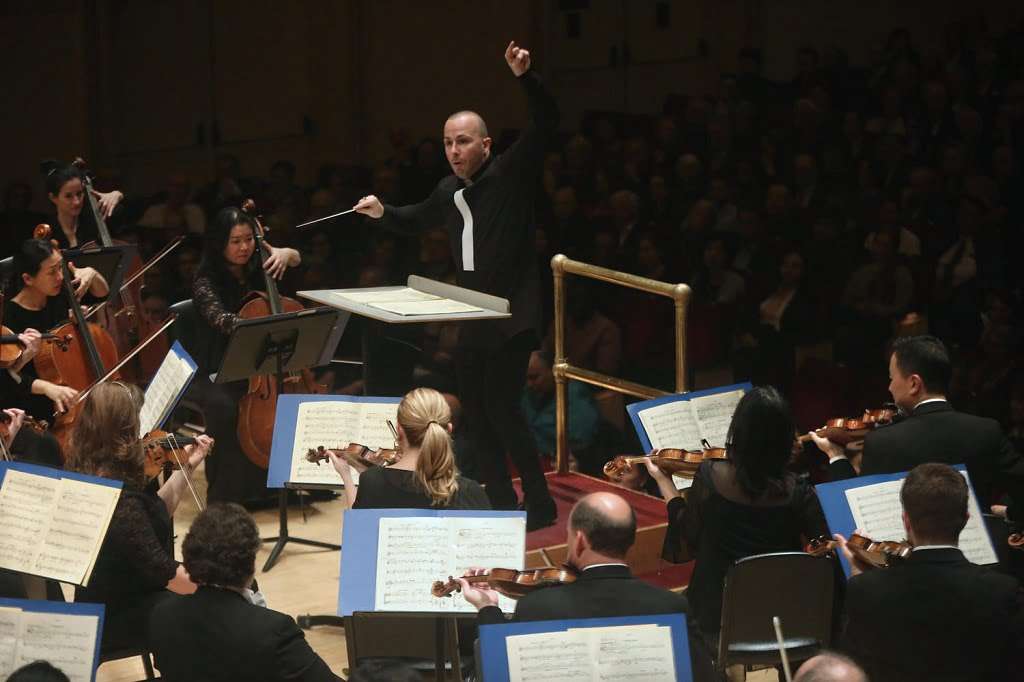 Leonard Bernstein’s Serenade (1954), inspired by Plato’s eponymous dialogue, is one of his finest compositions, the violin accompanied by strings, harp and percussion. The composer’s program note for the premiere contains what he calls “guideposts” that focus on the diverse views on love expressed by several of the attendees at Plato’s gathering, including Aristophanes, shedding his cloak of slapstick humor, who relates a mythological tale, and Agathon offers what Bernstein referred to as a “panegyric that embraces all aspects of love’s powers, charms and functions”, while Socrates and his devotee, Alcibiades, engage in a delightfully frivolous romp. Although there are no motifs that connect the movements, the remaining four contain elements from its predecessor.

Hilary Hahn played brilliantly. Her velvety tones perfectly set the mood for the opening heavenly lyricism. Hahn’s approach was stylistically refined and enthrallingly expressive, sublime, and with remarkable agility, and her dialogue with cellist Hai-Ye Ni was exquisite. Hahn enjoyed herself during the extensive Finale – spirited, tender and assertive – and throughout Nézet-Séguin was perfectly in sync, both of them playing up the ribaldry of the closing section. As an encore Hahn gave a delightfully deft reading of the ‘Gigue’ from J. S. Bach’s E-major Partita (BWV1006).

Following intermission, Sibelius’s First Symphony was given a rendering that favored energy and intensity over rich lyricism, with climaxes often lacking for drama, and with the music’s Nordic character subdued, although Ni’s beautiful rendering of the sentimental cello solo that opens the slow movement was a highlight, following which the Scherzo was as aggressive as could be imagined. The opening of the Finale was promising, but from the advent of the Allegro molto Nézet-Séguin invigorated so much impulse that what should have sounded warm and rhapsodic was rather cold and distant, and pressed forward, the closing section far short of the defining sense of apotheosis.