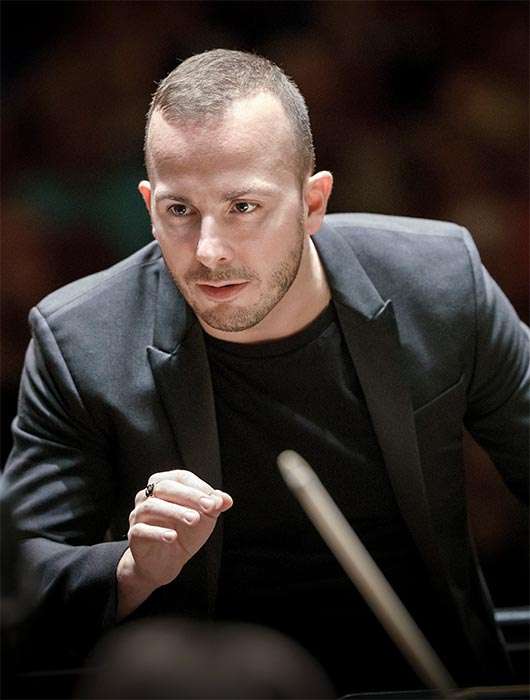 Yannick Nézet-Séguin’s Ravel veers between extremes. He can be pliant and coaxing in slow passages, then driven and jittery in fast ones. This split personality often upsets the music’s exquisite balance, as it did in large sections of Le tombeau de Couperin. The ‘Forlane’, for example, began promisingly, with some delightfully pointed rhythms, but when the music turns lyrical the tempo sagged and lost its fiber. The final ‘Rigaudon’ was jarring, with the outer sections pushed very hard, while the central section was exaggeratedly slow and fussily phrased. The Philadelphians played well after some shakiness in the ‘Prélude’. Oboist Richard Woodhams’s slightly-nasal tone is ideal for this music, and he made the most of the long-spun melodies of the ‘Menuet’.

In terms of execution, Daphnis et Chloé was an absolute stunner. The brass gleamed, the wind solos were ravishing, and the strings had a plush quality that surely would have made Ormandy proud. Musically, however, it was perplexing, to say the least. Every harmonic surprise, orchestral sigh, crescendo and diminuendo was italicized; every breath (and there are many in this dramatic score) became a grand pause; every climax was stretched to Mahlerian proportions. And as dazzling as the playing was, it was opulent to a fault, so at times it sounded more like the sensual if cheesy soundtrack to a Technicolor film than a piquant and passionate French ballet score. Quick sections, like the final dance, were exciting in their freneticism yet I felt sure that a tighter rhythmic grip rather than adrenaline-fueled speed would have generated even greater electricity.

The highlight of the evening was the Prokofiev Violin Concerto. Benjamin Bellman doesn’t have a huge sound, but it’s silken and finely-focused. Best of all, his solid technique supports a musical style that’s refreshingly unaffected. So here, in contrast to the remainder of the program, we had music-making whose straightforward expressive intensity felt hugely satisfying. The opening of the Finale, for instance, was sublime in its subtlety and ease. Indeed, in the last pages of the movement, Bellman conveyed a touching fragility that made the orchestra seem rather like a bull in a china shop.

For an encore the 26-year-old American gave an elegantly effervescent account of the Finale of Ysaÿe’s Sonata No.4 in E-minor.