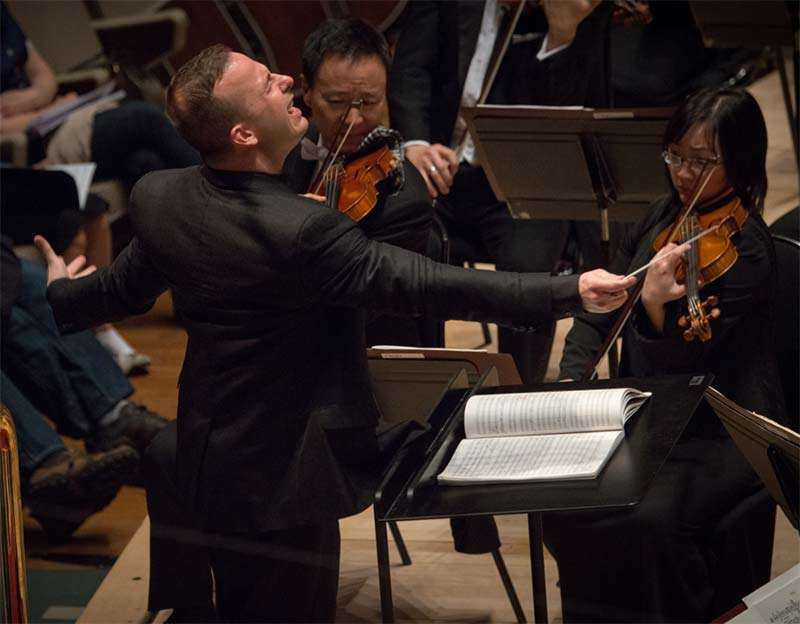 Having had the good fortune to attend the previous day’s London concert by the “Fabulous Philadelphians” – a still-valid epithet – I did wonder if this second could offer anything to compare with the stunning accounts heard the previous evening. In the event, any thought that the second programme might be less rewarding were confounded, although the lack of an ‘overture’ was noticeable.

In his C-minor Piano Concerto Beethoven made a revolutionary move away from the Haydnesque aspect of its predecessors and into much darker territory in which storm and stress alternates with calm and consolation. The introduction prepares the ground, the requisite sense of drama powerfully conveyed by Yannick Nézet-Séguin, the rich-toned string sections counterpoised with equally eloquent woodwinds. The entry of Emanuel Ax was suitably commanding, but that moment soon gave way to playing of astonishing tenderness. The orchestra accompanied with empathic sensitivity, Nézet-Séguin enthralled by and wholly at one with Ax’s every sensitive turn of phrase and detail emerged with unparalleled clarity. There was a magical moment, shortly before the first-movement cadenza, when the wonderfully expressive woodwinds were playing over Ax’s softest-imaginable pianissimos, and in the most-dramatic of passages, building-up to that cadenza, Nézet-Séguin released a veritable torrent of power – not least from timpanist, Don S. Liuzzi – that underlined the drama in rare fashion, the cadenza itself characterised by similar power, but also much tenderness, with notable features in the left-hand. 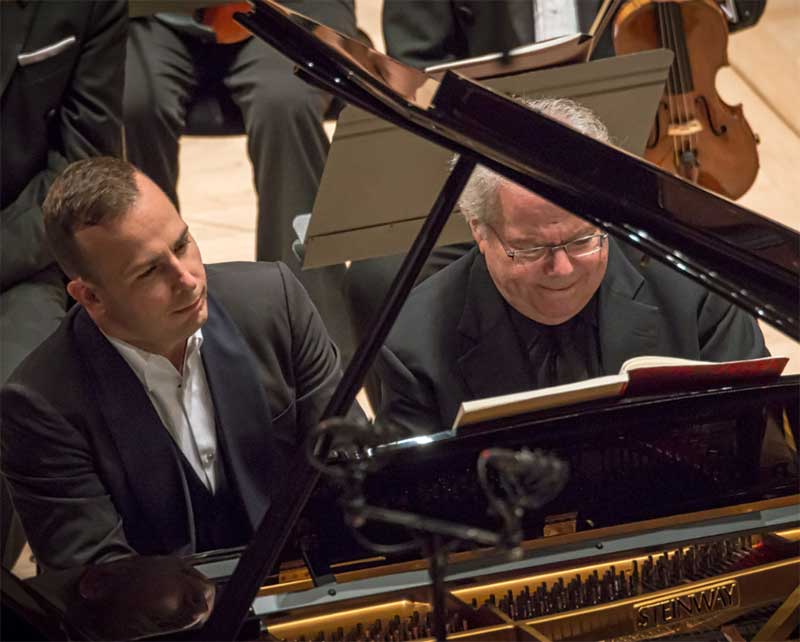 The Largo offered delicate contributions from Ax and beautiful long-breathed phrases from sweet-toned strings, a collaboration bringing moments that were nothing short of ethereal. Authority and sensitivity informed the finale, the conclusion of which reached a level of intensity that surpassed all that had gone before. Following this, Ax and Nézet-Séguin sat together at the piano for the famous Fifteenth of Brahms’s Opus 39 Waltzes.

Some have identified Tchaikovsky’s Fifth Symphony as a less-frenetic piece than its predecessor, its composer now caught somewhere between previous high anxiety and the deep despair that occasioned composition of the ‘Pathétique’. Be that as it may, the glory of this Philadelphian performance was the sumptuous and unalloyed playing. The intensity, passion, and sheer perfection were nothing short of breathtaking. The first movement offered manifold examples, many passages of excitement underpinned (but never overborne) by the brass, and glorious contributions in the quieter moments. The Andante cantabile’s great horn melody was beautifully delivered by Jennifer Montone, and clarinettist Ricardo Morales’s contributions were a source of great pleasure, especially in the sad phrases with which this movement closes.

Following the waltz-like third movement, the finale was introduced very broadly and with much grandeur, which gave way to electric and ever-increasing intensity, with the wind-players making hypnotic contributions to the surrounding tempest. And the close, with intense violins, throbbing lower strings, and powerful timpani (Tchaikovsky’s only percussion in this work), had a spaciousness and nobility that could suggest that Tchaikovsky had (temporarily at any rate) come to terms with his inescapable fate. No encore was offered.