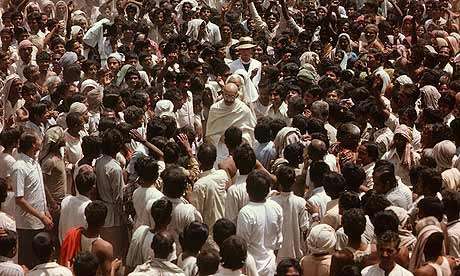 George Fenton has composed over 130 film and television scores for directors such as Richard Attenborough, Nicholas Hytner, Stephen Frears and Terry Gilliam, and fifteen for Ken Loach films including I, Daniel Blake, his latest. Fenton can move from the epic in Gandhi to the comic in Groundhog Day with equal facility. He was featured in the latest of the Philharmonia at the Movies series and introduced his work from the podium with film extracts and stills projected on a screen above the stage.

Stage Beauty, directed by Richard Eyre, about the Restoration actor Ned Kynaston, was the overture, a Handelian pastiche of slowly rising intensity and with weighty playing from strings and brass, followed by Anna and the King, the 1999 film with Jodie Foster – or The King and I minus Rodgers & Hammerstein – with Clare Hammond providing a touching lament to describe the moral plight of Anna.

The Lady in the Van was the centre-point of the first half. Alan Bennett opened with a hilarious account of his first visit to the Royal Festival Hall as a schoolboy during the 1951 Festival of Britain with a teacher who complained about the avant-garde programme, including music by Wolf-Ferrari (Susanna’s Secret) and Holst (St Paul’s Suite)! Bennett then described his relationship with the formidable homeless woman Miss Sheppard (Maggie Smith in the movie) who stayed outside his house in Camden for fifteen years.

Hammond impersonated the young Miss Sheppard when she studied under Alfred Cortot in Paris. Fenton’s score is a model of eclecticism and understated effectiveness. Chopin and Schubert are skilfully integrated into the score, and Hammond played the slow movement from Chopin’s Piano Concerto No.1 with appealing delicacy. The waltz associated with Miss Sheppard has a touch of Shostakovich’s Jazz Suites. The Philharmonia delivered fine playing with warm strings and gleaming brass, and a notably humorous contribution on tuba. Hammond added a brief and sparkling encore. 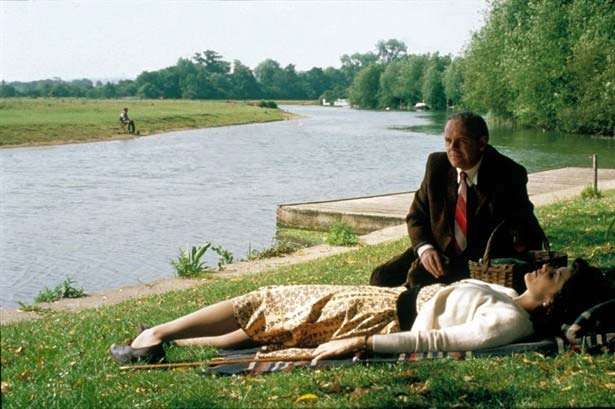 Following the interval Fenton delivered a sweeping account of the Main Theme of Shadowlands, directed by Richard Attenborough, which does much to underpin the performances of Anthony Hopkins and Debra Winger.

Alan Bennett returned to read ‘Hymn’ from his stage-work Untold Stories. It is a prose poem spoken to Fenton’s music, commissioned by the Medici Quartet, memoirs that recall Bennett’s musical education within a family that took music from the radio, church services and concerts in Leeds Town Hall. Bennett’s disappointment at being unable to master the violin is vividly recounted and ended with a bleak description of local memorials to the First World War dead, magnified by Fenton’s orchestral version which ranges from the hymn-like to echoes of Delius and George Butterworth. Bennett’s droll narration became increasingly moving and Sarah Oakes provided finely turned violin solos. Bennett’s horrendous efforts at learning the violin were painfully rendered by the orchestra and his father’s comments on double-bass players provoked considerable mirth, not least from the musicians.

Fenton’s score to the 2005 computer-animated film Valiant started with a ringing brass fanfare and there followed a rousing march. His music for the 1990 Memphis Belle was surprisingly matched with footage of William Wyler’s 1944 documentary Memphis Belle: Story of a Flying Fortress combined with material from German aerial cameras and for once the image overawed the sound although one noted the soaring theme for strings and brass.

Fenton is also known for his soundtracks to nature documentaries and an extract from his latest, Predators, was previewed before its presentation in the IMAX format. The viewer is able to engage with the natural world without commentary; the strange majesty of the blue whale was matched with lithe and supple music of tranquillity. The Philharmonia strings, especially the cellos, were notable. Fenton’s encore was ‘Hoedown’ from Buffalo Bill’s Wild West Show, the Philharmonia at its unbuttoned best.