Long resident in the United States where he is Professor of Composition at the Peabody Conservatory in Baltimore, Nicholas Maw is one of British music’s elder statesmen. Perhaps now best-known for his opera “Sophie’s Choice” (given at Covent Garden under Simon Rattle who has consistently championed Maw’s music since his Birmingham days), Maw has been active in a variety of genres. This “Music of Today” concert – with the composer in attendance – allowed us to hear two of his piano works and a more extensive song-cycle, “La Vita nuova”, written for Phyllis Bryn-Julson and based on Italian Renaissance poetry.

The two piano pieces, excellently played by Huw Watkins, were commissioned by the Bath International Festival. The first, Personae IV, with its oscillating, repetitive patterning comprises what is essentially a study in control of a legato line or to quote the composer’s own note “the metamorphosis of song – on an instrument which functions through a percussive mechanical action”. Occupying similar territory to Prokofiev’s Sixth Sonata, Personae V is a far more abrasive nut – its climax contains “a double forearm cluster” – after which this angry, uningratiating music moves in reverse until it disappears into thin air.

Far more agreeable was the “La Vita nuova”. Scored for string quartet, flute/piccolo, oboe/cor anglais, clarinet, bassoon, horn and harp, this is essentially a meditation on Love and Death and inhabits similar territory to Britten’s “Nocturne”. The trance-like opening setting is introduced by an extended horn obbligato and two of the other songs (‘Silent the forests’ and ‘The Dream’ inhabit the same becalmed crepuscular world. The Michelangelo setting, ‘Madrigal’, an evocation of old age wracked by the torments of love, is memorably described as having more than a touch of “mortuary tarantella about it”. As Edward Gardner rightly pointed out in his introduction, despite the modest forces employed, the overall effect is remarkably lush, in part no doubt due to the range of instruments employed but also to the high-lying vocal line’s trailing tendrils, eloquently despatched by Gillian Keith.

The Philharmonia Orchestra’s ‘main’ concert, an all-Russian affair – early Prokofiev and late Rachmaninov leavened by one of Tchaikovsky’s most-famous works – was notable for marking the Philharmonia debut of Stéphane Denève, now in his third season with a rejuvenated Royal Scottish National Orchestra. The six-movement suite from Prokofiev’s spoof-opera “The Love of Three Oranges” got the programme off to a cracking start. This is Prokofiev at his wittiest and most iconoclastic and includes the well-known ‘March’ and some deeply affecting music such as ‘The Prince and Princess’, which might have stepped straight out of the world of Ravel’s Pavane. All this was despatched with a combination of Gallic elegance and precision. 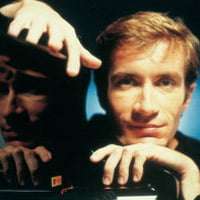 Think again about the Tchaikovsky being a war-horse. It is not often one hears so much new light shed on an over-familiar masterpiece. Quite possibly not to everyone’s tastes and suffering from the occasional lapse in ensemble, this was nonetheless a thoroughly thought-provoking reading and above all a most musical one. Although Nikolai Lugansky can surmount any technical challenges with insouciant ease, he chose to play the concerto as a narrative, paying particular care with the music’s joins, easing sensitively between sections; this was a reading where, rather than emerging simply as a succession of pianistic highlights, one moment led wholly naturally to the next, and Tchaikovsky the ballet composer was never far away. The slow movement in particular passed as though in a winter-dream, the flickering half-lights of the central prestissimo despatched with a fabulous legerdemain. Maybe too laid-back, but it is not often one hears such a different and completely musical take on a well-known work. Lugansky offered Rachmaninov’s Prelude in G sharp minor (Opus 32/Number 12) as a nice segue to the concert’s second half.

For a comparatively underplayed work, London has been treated to some truly excellent performances of Rachmaninov’s Symphonic Dances, most recently from the London Philharmonic under Vladimir Jurowski. Denève’s may not have had the same hair-trigger quality but this performance had many parallel and illuminating virtues, above all in the sheer quality of the Philharmonia’s strings and – by the work’s close – in the sense of the emotional distance travelled across its span. In Denève’s hands the emphasis was on the ‘symphonic’. He also patiently brought out the aching melancholy behind the first movement’s saxophone solo. Above all, it was the sheer emotional charge behind the music that constantly leapt out and grabbed one, the second movement’s (a ‘valse macabre’) initial restraint giving way to real abandon. The finale’s extended leave-taking produced playing which was positively cathartic in its impact.