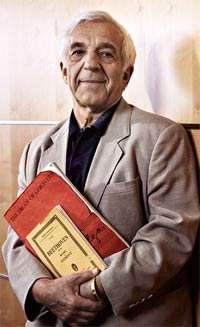 After a gruelling series of eight concerts featuring Rachmaninov’s music in Warwick, Swansea, Bristol, London, Paris and Dublin over the past two weeks, it might have been expected that Vladimir Ashkenazy and the Philharmonia Orchestra would be showing signs of wear. Not the case, for the most part this was an outstanding concert.

The Isle of the Dead is Rachmaninov at his more sombre and lugubrious and requires an exceptional degree of atmospheric intensity if it is not to meander. This was one of those all-too-rare occasions where a whole work goes off in a single extended breath. Having cast off on the gently-rocking waters of death, we were drawn ever forwards to the moment of climax which was unleashed with impassioned weight. The Philharmonia’s strings were uniformly excellent, the violas notable in their unobtrusive eloquence at the outset, the violins soaring freely above the stave. There were also two exceptionally subtle individual contributions, one from the first horn (Nigel Black), the other from the first oboe (Christopher Cowie) in the backwash to the main climax. 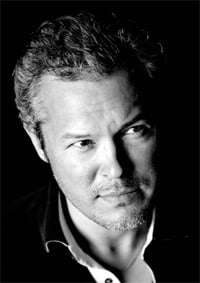 Vadim Repin’s account of Sibelius’s Violin Concerto was gratifyingly direct. Where many players gild the lily, pulling the line around at the work’s opening and looking for fresh subtleties in every passing phrase, Repin avoided any obvious point-scoring and instead gave us rock-solid intonation. Interestingly, his account of the big unaccompanied passage at the heart of the first movement was the antithesis of its usual treatment, understated and achieving by stealth so much more than heart-on-sleeve accounts. The slow movement was deeply felt if without quite the poise which Szeryng used to bring to its very close and the finale was notably swift, Repin despatching its pyrotechnics in alt with airy insouciance. Rarely has one heard the work’s final paragraph – a moment where most players struggle to be heard – so beautifully balanced against an orchestra that was clearly at one with its soloist.

Performances of Rachmaninov’s Third Symphony – too long overshadowed by the Second – are always welcome. Some thirty years separate the two works. Ashkenazy has Rachmaninov in his bones: as a pianist, an accompanist and a conductor, his experience in this music is unparalleled. However, the Third Symphony is as different from what went before symphonically as the Paganini Rhapsody is from the first three piano concertos. Rachmaninov’s own recording of the work is lean and taut, directed with an almost forensic precision, its frequent syncopations and tempo fluctuations receiving the fingertip control which most conductors can only dream about. On this occasion the second movement came off best with a fine violin solo from Zsolt-Tihamér Visontay, and notably polished flute and bass clarinet contributions from Samuel Coles and Laurent Ben Slimane. The outer movements also had their moments but neither really culminated – for instance, the first movement’s central climax with its abrupt cut-off is immediately followed by a string passage which cries out for maximum intensity before its trailing tendrils dissipate into the recapitulation. This misfired, as did the finale’s poco a poco accelerando which emerged as a sudden dash for the finishing line rather than a gradual ratcheting-up of tension.