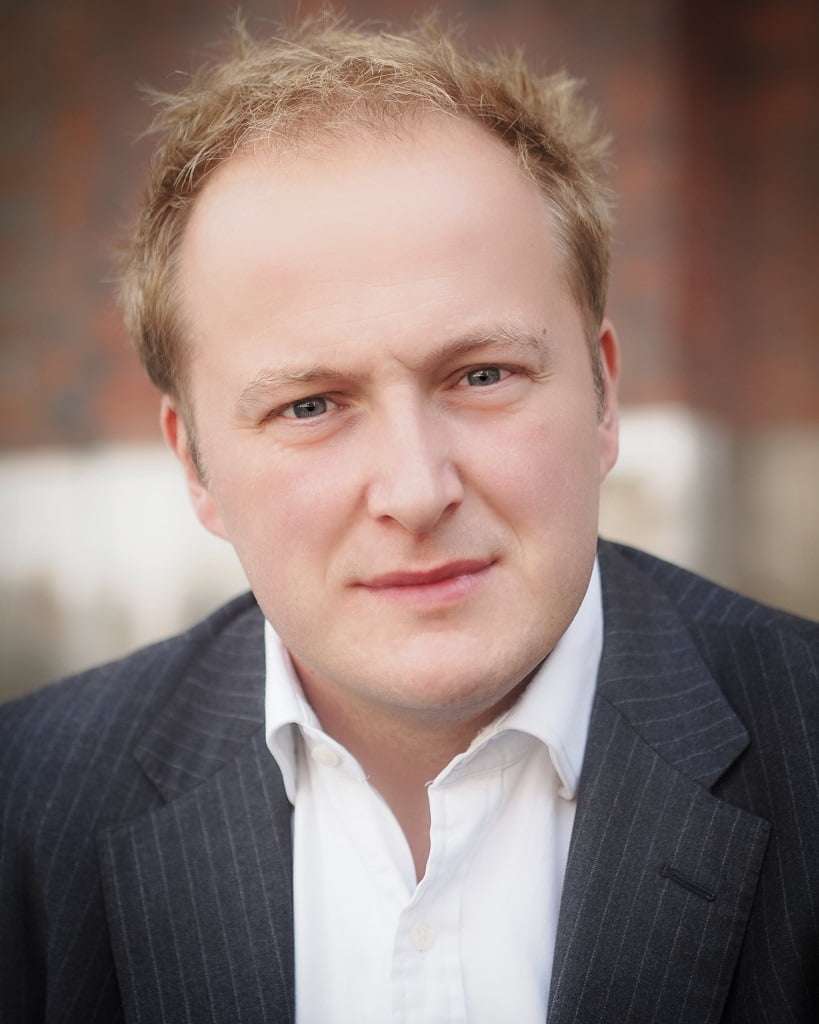 Before this Cadogan Hall concert – so interesting on paper – commenced, one noticed a number of factors which caused degrees of uncertainty. The personnel of the Philharmonia Orchestra were, somewhat disappointingly – and rather oddly, given common practice – not listed in the programme, so we cannot commend individual players by name. The conductor’s podium seemed to have been constructed too high – indeed, Benjamin Ellin had to climb up onto it before he began conducting (without a baton), looming over the orchestra almost as a military bandmaster at a passing out parade. The Philharmonia’s strength, as such, was – in the case of the string sections – about as small as could be considered suitable, but in the first work the numbers were simply unacceptable.

Sibelius’s En saga (despite several of Wendy Thompson’s contentious – to put it no higher than that – observations in her programme note) is a magnificent and original work, the first fully authentic masterpiece by the Finnish genius. But what Sibelius’s orchestral music needs, first and foremost, is a properly constituted orchestra. The woodwind and brass, and percussion too, we can take for granted, but the strings – as on this occasion – founded upon just four double basses for a Sibelius tone poem is only just about adequate if the balance is carefully judged by the conductor.

In this account, it was not. The sound of the Philharmonia was so ill-balanced as to make listening to this performance, which barely rose above the routine, an enervating experience. There was no sense of atmosphere in this reading, which structurally failed to cohere or convince in any way.

There is always a problem when a new work is claimed to fuse aspects of one culture with another – has the composer chosen musical characteristics of another tradition to disguise a lack of originality in his own? Is this an ambient cloak in which the piece is clothed an attempt to beguile listeners more by surface colouration rather than challenging them through any inner qualities the music may possess? 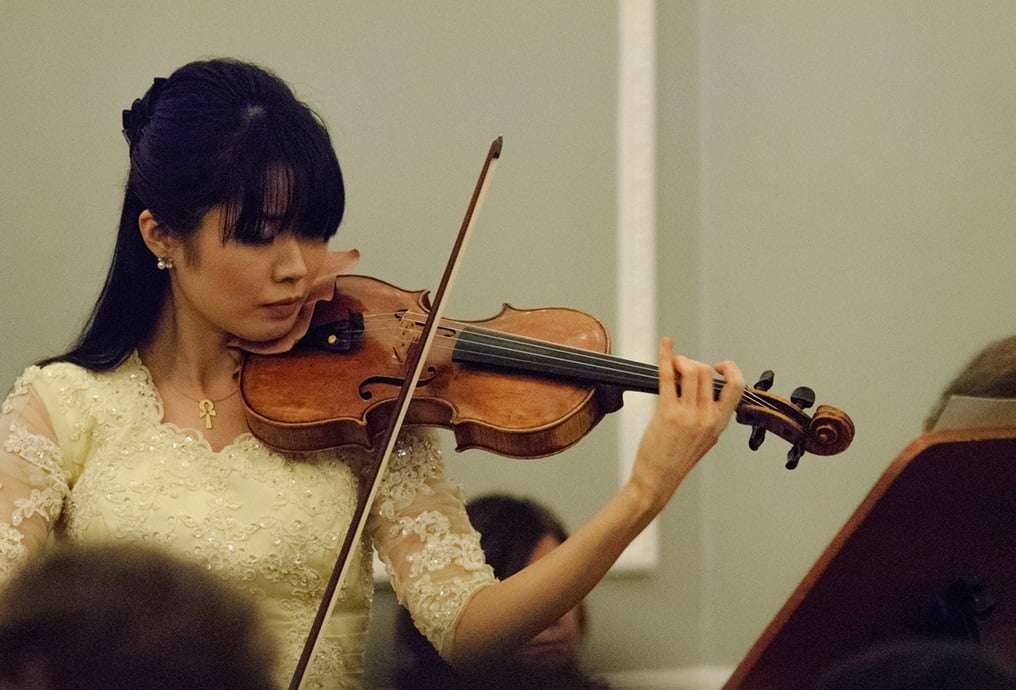 Benjamin Ellin, in his new Miyabi, written for Mayuko Katsumura and excellently played by her at this premiere, might have tackled this seemingly intractable challenge head on, for the title of the work refers to what has been described as one of the traditional Japanese aesthetic ideals, a search for a state of being from which all feelings of vulgarity or roughness are expunged with nothing remaining that could be described as crude.

That is an expressive and welcome view in all art, and in music is one to which the violin, of all stringed instruments, is perhaps most suited – although we have encountered a number of examples of more-recent violin-writing to which those less attractive aspects can apply – and the adoption of such an inherent, profoundly civilised, manner of expression does not, of itself, invariably imply casting the music in a kind of imitation of traditional Japanese musical language, for in such works few things can be more off-putting to western ears than faux-Oriental writing.

Nonetheless, it would perhaps be asking too much for a composer not to acknowledge the provenance of his inspiration, and Ellin’s Concerto, at a first hearing, certainly came across as a remarkably successful fusion of those characteristics, though in effect this combination was a very small part of a work which was not wholly convincing as a coherent artistic creation.

Before hearing Miyabi, one naturally wished to read the programme note, and one has to say that the composer’s comment that the music contains “drama, excitement and genuine beauty” certainly indicates that Ellin is not backward in coming forward regarding his own music. This not entirely welcome characteristic was taken a stage further when, expecting soloist and composer-conductor to make their way together on to the platform, Ellin alone appeared, carrying a microphone, through which he spoke for several minutes, something that one trusts will not catch on. Indeed, Ellin must realise that a work of musical art has to stand or fall on its inherent qualities and not through some kind of special pleading – written or spoken – by the composer.

Miyabi inhabits three broad movements playing for a total of around 23 minutes, and Ellin was certainly fortunate to have the fine violinist Mayuko Katsumura as soloist, the work having been written for her. She played magnificently, which was all-to-the-good for – on this one outing – the music seems to need as much commitment as the soloist can give. For, in the final analysis, Miyabi fails to convince: the orchestration is poor, with far too much reliance on woodwind, brass and percussion; indeed, for long stretches in the first movement, it became embarrassing to watch the Philharmonia string-players sitting there, politely following their parts as they dutifully counted the many silent bars before their next (all too brief) entry.

At times, indeed on rather too many occasions, the brass swamped the soloist. The material itself is deeply unoriginal, with echoes (occasionally seemingly quotations) from the Violin Concertos of Berg and Stravinsky, plus the haunting four-note phrase that opens both Prokofiev’s Cello Concerto and its re-write the Symphony-Concerto. Without any long-breathed solo lines that one hoped would dominate the musical argument (such as it was) the structure of the work tended to proceed from one event to another without any coherent living growth, arriving at the final bars almost by accident.

Dvořák’s sunny Eighth Symphony received the most convincing performance of the evening, although this, also, does not deserve an uncritical reception. Ellin delivered a somewhat lumpy account, again too loud and brass-dominated, delineated by occasionally uncertain tempos, and although the first movement was the most successful of the four, it was followed by a slow one that was founded upon a variety of speeds that failed to hold the music together. The wonderful Allegretto grazioso – such splendid, emotionally relaxed, music – got off to a poor start with the opening anacrusis seemingly squashed, rather than spreading as a welcoming gesture, and the Finale degenerated into a succession of events unconnected by any underlying pulse, each section being exaggerated to the point that one began to question whether this was a Symphony at all.