Bartók
Divertimento for Strings
Mozart
Sinfonia concertante in E flat for Violin, Viola and Orchestra, K364
Beethoven
Symphony No.7 in A, Op.92 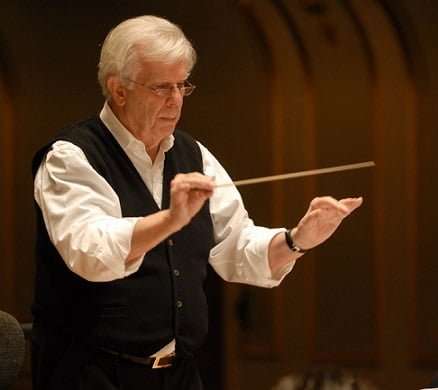 Most ordinary mortals come of age at 21. Conductors are an age-defying exception and seem to reach their fullest maturity much later. The art of conducting has everything to do with experience, wisdom and the psychology of commanding the full attention and respect of one’s musical partners. Christoph von Dohnányi is now nearly 86, not that one would have known it from this exceptionally virile concert. Like other great Philharmonia conductors before him – one thinks of Kurt Sanderling at the same age – no allowances needed to be made.

The programme was quintessential Dohnányi. Always a champion of 20th-century music, he opened with what is possibly Bartók’s most immediately appealing orchestral work, another of Paul Sacher’s commissions for his Basel Chamber orchestra, which was composed in 1940 in the shadow of the War. To ears accustomed to Solti or Dorati, Dohnányi’s way with the Bartók may have sounded a tad too civilised and lacking visceral earthiness, but – and here’s the rub – it was thoroughly coherent across the 25-minute span. Dohnányi feels this music with such certainty that he can afford a degree of understatement, secure in the knowledge that at the climactic moments such as the climaxes of the central Adagio he can ramp up the pressure and go for the jugular. Led by Tomo Keller, whose contributions to the finale were outstandingly idiomatic, the Philharmonia’s strings were at their considerable best throughout. 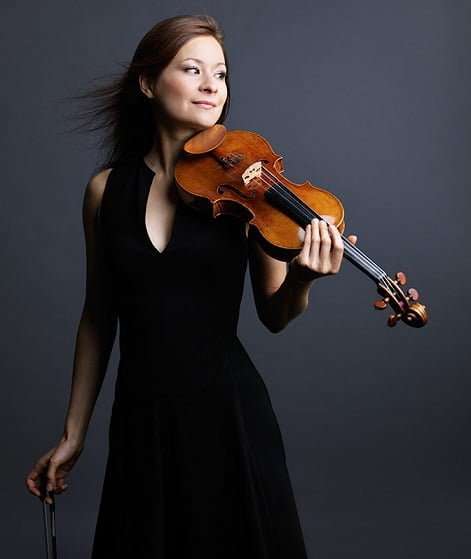 Mozart’s Sinfonia concertante K364 elicited a perfectly balanced introduction – stylish and effortlessly elegant – building naturally and completely at ease. The combination of Arabella Steinbacher and Lawrence Power took a little time to settle, she capricious and slightly less secure, he more the natural classical player. However, they soon melded and the slow movement, especially its deeply affecting cadenza, and the finale, which tripped along at a genuine Presto, were both outstanding.

Beethoven’s Seventh Symphony (a Philharmonia staple since the days of Karajan and Klemperer) maybe a work with which it is more or less impossible to fail, but there is a world of difference between the competent and what we heard here, which was an unobtrusive masterclass of the conductor’s art. One has heard many fine performances, most notably Carlos Kleiber’s LSO account in this hall, Giulini on tour with the Chicago Symphony and Kubelík with his Bavarians at the Edinburgh Festival. What was perhaps most remarkable about Dohnányi and the Philharmonia was hearing a familiar work anew as though it were being freshly explored with an unflagging and ferocious energy and concentration.

From the off there was the right weight and build-up to the release into the Vivace, Dohnányi here finding the perfect tempo to allow for a lift to the dotted rhythms. Outstanding too were the quieter moments with balances cunningly calibrated to allow much frequently-obscured detail and with pauses carefully calculated. The wind playing, the Philharmonia’s A-team, was everything it should be, Christopher Cowie’s oboe and Samuel Coles’s flute especially notable. In the Allegretto Dohnányi once again found the tempo giusto, forward-moving with gravitas fully sustained in the contrasting major-key episodes; as a consequence the movement had a rare weight and intensity, and unusually, but as marked, the strings gave us a real forte immediately followed by a diminuendo at the close amounting to an aural shudder. The Scherzo was taken fully up to Presto, Dohnányi succeeding in integrating the Trio without pomposity. There was a genuine delicacy too in the Scherzo’s first reprise. The Finale was rambunctious in exactly the right way, and it culminated in a joyous explosion of energy. This concert was fully worthy of the Philharmonia’s great traditions and a fitting climax to its 2014-15 Season.