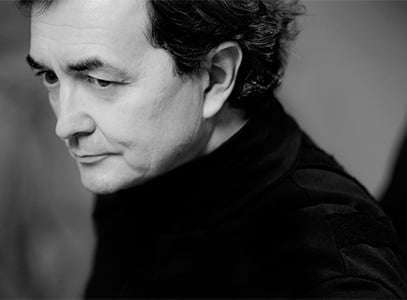 A concert containing two works with ‘eroica’ connections – Beethoven’s Symphony of that name and music by Brahms that has been described as “the Eroica of piano concertos.”

In Brahms’s D minor, under Christoph von Dohnányi, the lengthy orchestral introduction unfolded with power and sinew, and confided in the second subject. This was an integrated reading of the opening Maestoso, everything fitted, everything belonged, Pierre-Laurent Aimard bringing Bachian clarity to Brahms’s dense writing as well as an unforced ‘first among equals’ approach that was complemented by sensitive accompaniment, not least in horn solos and from the woodwind choir. Aimard’s eschewing of showmanship ensured that when he did play fortissimos, they really meant something. After the symphonic sweep of the first movement, the Adagio was the musical equivalent of a bended-knee confession, a heart to heart with a deity, and intensely moving. Aimard launched the finale with panther-like tread and agility, but not fearsomely fast and made contrasting episodes a natural correlation. Aimard’s relish of counterpoint was notable – as throughout he had time to shape and express – and the cadenza was a truly pivotal moment that led into the hard-won (not rushed) coda. 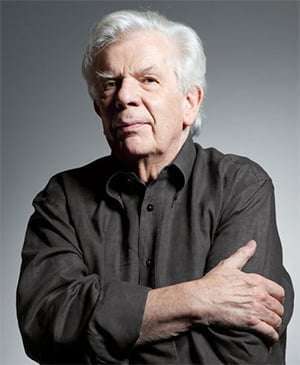 Dohnányi has conducted the ‘Eroica’ several times in London over recent years. If one regrets that his command of such composers as Adès, Birtwistle and Henze, and their like, no longer features in his Philharmonia concerts (although its Music of Today series continues apace, this time featuring Jukka Tiensuu), nevertheless this Beethoven performance was distilled with an assurance and a wisdom that made for unsullied listening. Wholeness was Dohnányi’s watchword. A mastery of dynamics and detailing (violins antiphonal, of course), and knowing just when to tighten the screw, ensured that the first movement (with exposition repeated) arrived at its close as an entity, and also variegated along its course. The ensuing ‘Marche funèbre’ maybe trod just a little too easily (Gordon Hunt an eloquent oboist) but the conductor had the emotional outpouring at the heart of the movement in view, just as he had opened up the potential of the first movement’s development. Following matters funereal, the scherzo ranged from feather-light pianissimos to ebullient fortissimos, and in the trio the three horns went a-hunting with style and security. In the finale, Dohnányi kept things on the move, frisky and foot-stomping, the later apotheosis flowing joyously without bombast, and if the egalitarian coda was particularly measured it was also perfectly calibrated to what had gone before and enlivened by an ‘all is done’ quality.

Two masterworks such as these are open to an infinite number of interpretations. In this instance, both were given totally convincing outings that compelled in their rightness and illuminated through their particular perceptions.