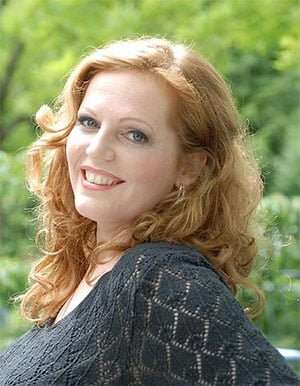 Endgames, the last music of Richard Strauss and Anton Bruckner here made a neat pairing. Some months after Strauss’s death (in September 1949) it was the Philharmonia Orchestra that premiered Four Last Songs – on 22 May 1950 in the Royal Albert Hall with Kirsten Flagstad and Wilhelm Furtwängler (an occasion now preserved on Testament), the settings of Eichendorff and Hesse given in a different order to that subsequently published. Eva-Maria Westbroek – perhaps most popularly known for the role of Anna Nicole (in Mark-Anthony Turnage’s eponymous opera), but a versatile artist, not least in parts created by Janáček, Puccini, Shostakovich, Verdi and Wagner – sang Strauss’s swansongs with commitment and description. With Christoph von Dohnányi and the Philharmonia conjuring a lucid, finely graded accompaniment, Westbroek soared with unforced operatic intent and also drew the listener in with the enticing intimacy of a bewitching story-telling Lieder singer. Strauss’s economic use of a large orchestra (including trombones, celesta and harp) was airily distilled and subtly detailed, Westbroek able to weave between rapture and quiet reflection, the poets’ words given real meaning (and displayed in blood-red English surtitles), often with poignancy but without indulgence if always with potency. Katy Woolley’s horn solo at the close of ‘September’ and Zsolt-Tihamér Visontay’s on violin during ‘Beim Schlafengehen’ were beautifully judged, the performance as a whole informed by largesse yet also deeply expressive about life itself and facing the final curtain. 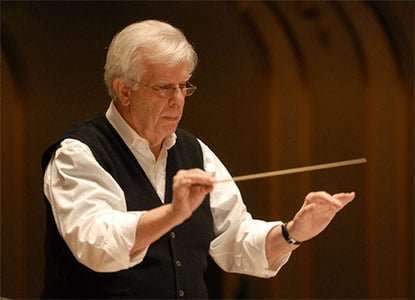 Which is just what Bruckner was doing when he was struggling to complete his visionary Ninth Symphony, the Grim Reaper ensuring that it was not to be, the sketches and folios for the finale left to a later generation to complete (and best experienced in Simon Rattle’s EMI recording, review-link below). Dohnányi stayed with the three-movement version, one that works very well, and not just because we are used to it, especially when there is a nice symmetry to the three movements, here 25 minutes each for the outer ones, with 10 for the scherzo, adding to a wholesome hour. Distant spires and a desolate landscape were suggested at the very opening to begin a reading that embraced rigour and flexibility, Dohnányi unerringly balancing turns of phrase with symphonic logic, solemnity with sear, forward-looking musical thinking with nostalgic illustration while all along teasing out much instrumentation that is often lost. Tempos had an absorbing sense of rightness, climaxes were granitic (although trumpets and trombones could be too loud – a shame that the dreaded risers have been returned to: the RFH sounds much better without them and balances are more just). After this coherent yet supple first movement, the scherzo was driven with jagged force contrasted with graceful dance, although the choreography allowed for ghouls. The trio – macabre Mendelssohn – was nifty in pace and agile in playing, taking on a will-o’-the-wisp character. As for the third (last) movement, an Adagio, once again Dohnányi knew just where it was going, via glory to the Lord, trepidation, a noble “farewell to life” melody, transfigured light (string-writing that anticipates Vaughan Williams’s Tallis Fantasia) and a pained climax leaving in its wake a harmonic and spiritual wasteland. What next? Here silence and then appreciative applause for an inimitable and enthralling performance.