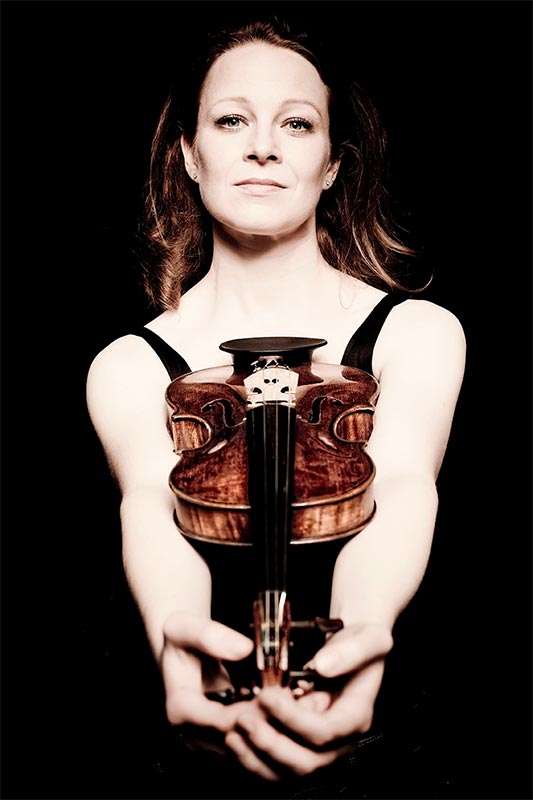 It was good to find Christoph von Dohnányi returning to music beyond the 19th-century – his previous conducting with the Philharmonia Orchestra of music by Adès, Birtwistle and Henze remain noteworthy occasions – and if, this time, it was something short and a Violin Concerto that has entered the repertoire, it’s a step in the right direction.

Charles Ives’s The Unanswered Question (1906) is one of Two Contemplations (the other is Central Park in the Dark). For all its brevity it’s a visionary piece, three-tiered, a trumpet asking the perennial question that we all pose at one time or another, unruffled strings that represent the Druids’ concealed existence, and a quartet of flutes (“the Fighting Answerers”, said Ives). Here the strings were full-frontal (there is a provision for these players to be hidden) and the flautists were gathered in a huddle at the back of the stage, facing away from Dohnányi and directed by a gentleman who was kept anonymous. Alistair Mackie (unseen) posed the question from afar and did so with persuasiveness; he deserved a positive reply but of course got only unmoved if exquisite strings and increasingly discursive and dissonant flutes. It was finely done, albeit the mystical atmosphere was loudly coughed into by a few rude members of the audience.

To follow the Ives, how well chosen was Alban Berg’s Violin Concerto (1935), his final music and a requiem for Manon, the deceased 18-year-old daughter of Alma (previously married to Mahler) and architect Walter Gropius – “to the memory of an angel.” Carolin Widmann, the numerous technical challenges conquered, was richly expressive, and as eloquent and as fiery as required. She benefitted, as did the music, from Dohnányi’s scrupulous conducting (as rigorous as Berg’s composition) and very secure playing from the Philharmonia of so much that is exposed but also thematically important. Sensitivity and intensity marked out this account, a compassion and an impassion that got inside the music and revealed its deep feelings and anguish. Dance rhythms were chiselled and the introduction of a Bach chorale eventually offered cathartic acceptance. This is a score that demands proper and sympathetic preparation, and coordinated interaction, which it received all-round for a compelling reading. 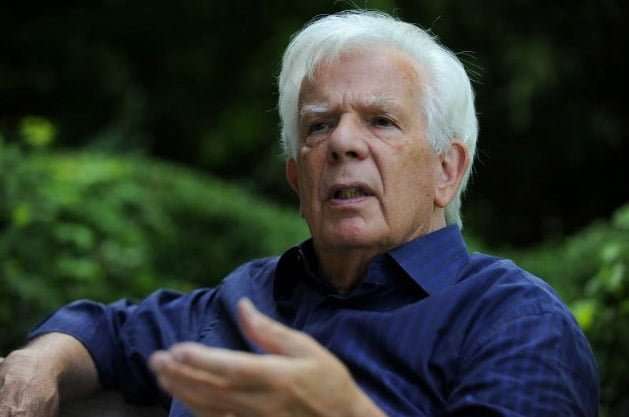 Similarly Schubert 9 was altogether special. It couldn’t have started better with Neil Black and Kira Doherty as a dream duo of horn-players. They launched a performance that was at once forward-moving but not rushed, and meticulous (with detail, dynamics and balance, trombones always present but never obtrusive, double basses a constant rock) yet fresh. Despite woodwinds being doubled (four of each, in other words) and strings at full-strength the clarity was amazing, so too the buoyancy of the playing, crisp, articulate and powerful. The Andante con moto second movement (lovely oboe-playing from Christopher Cowie) was perfectly paced to encompass elegance, consolation and crisis, and there was much poignancy after the latter’s flare-up.

The Scherzo had a spring in its step – although the quietest timpani notes could have been clearer (but the antiphonal violins danced across the podium) and it was a shame to lose the second repeat, which caused an imbalance with the given-complete Trio, which had a delightful lilt and expressive generosity (Dohnányi had observed the first-movement repeat). Visually here was a conductor having a ball, an enjoyment that flooded over the footlights through his smiles and gestures and to the ear with playing that was as heavenly as the length of the Symphony. For the Finale, without the repeat (rightly, it’s a killer for the strings and the lead-back bars are perfunctory), Dohnányi once again found the ideal tempo, measured but with a sense of direction, and of equestrianism, a bouncy but bold statement that didn’t overlook recesses and modulations and gathered itself for a particularly trenchant pay-off.

With conductor (Dohnányi belying that he is a month into his eighty-seventh year) and orchestra on top form and mutually devoted this was a ‘Great C-major’ of vernal glory – whether by BBC Radio 3 or for Signum, it’s good to know that it was recorded.