Members of the Philharmonia Orchestra
Diego Masson [Music of Today] 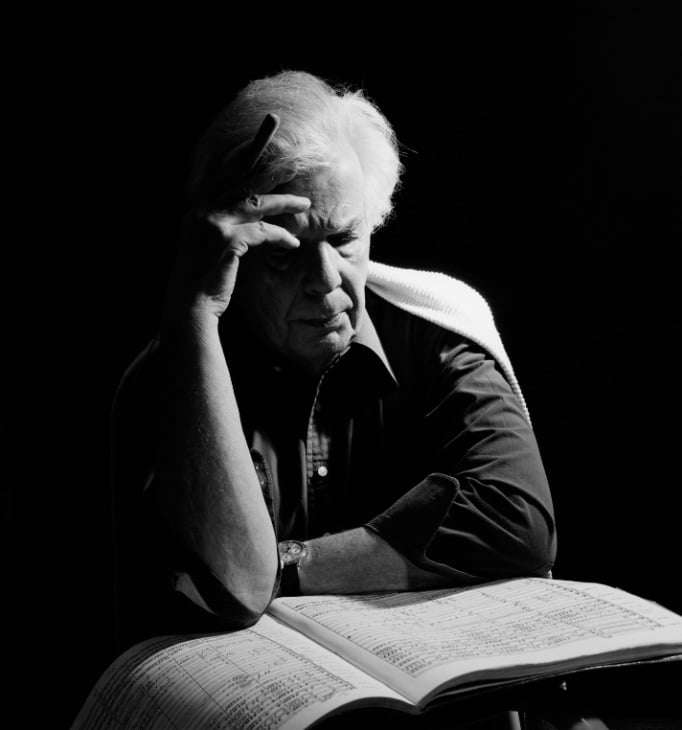 The Philharmonia Orchestra ended its current London season in fine style – with a Music of Today recital and then a concert with its Honorary Conductor for Life, Christoph von Dohnányi.

The early-evening event featured three world premieres, each by a young composer who has benefitted from the Philharmonia/Royal Philharmonic Society’s Composers Academy, including working with Unsuk Chin, Music of Today’s Artistic Director. Scored for a similar ensemble (string trio, double bass, types of flutes and clarinets, horn and percussion) the three works have analogous features and not just because of the instrumentation. Comparable criticisms can be made for the pieces: including too many effects and that the structures (too divergent) proved difficult to grasp on a first hearing. Thumbs-up observations include the skirling energy and eerie stillness of Lambent Fires; the Birtwistle-like craggy rhythms of Xyla and the requirement for the players to whistle during it; and the restless intensity of Locks of the Approaching Storm. All three composers are talented and imaginative, and having their music recreated by dedicated Philharmonia musicians and the very experienced Diego Masson was a bonus.

The main concert opened with Arvo Pärt’s Fratres (Brothers), in its 1992 version for violin, string orchestra and percussion (claves and bass drum). If this mix of baroque squiggles, slow-burn minimalism and sacred mysticism doesn’t do much for me, the performance itself was a beauty, scrupulous and sensitive, with Zsolt-Tihamér Visontay playing beautifully. 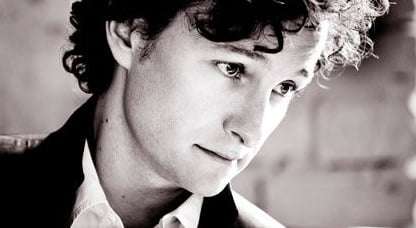 Otherwise it was music by Ludwig van Beethoven. With Visontay returned to his Concertmaster’s chair (Mathieu van Bellen led the Pärt), Martin Helmchen opened Piano Concerto No.4 with an expressively arpeggiated chord for this wonderfully poetic and lyrical music – which has with hidden depths. The Philharmonia’s response was complementary and the account as a whole gelled ‘of one mind’. Helmchen’s reading was crisply articulate yet variegated and far-reaching, contrasts and cohesiveness locked-in; the first-movement cadenza, the more-usual of Beethoven’s two, was illustrative. So too the slow movement, although the strings were morose rather than hostile, so Helmchen didn’t have to do much to pacify them and he was unwavering in his eloquence and enlightenment, outspoken trills clinching the deal. The Finale had joie de vivre without rush, playfulness and detail brought out. As previously, Helmchen, Dohnányi and the Philharmonia made for a vibrant collaboration, and were musically unimpeachable.

The ‘Pastoral’ Symphony was distilled by an animated Dohnányi with a lifetime’s experience while retaining a young man’s enthusiasm. The first movement was lively yet poised, joyful and unforced, with muscular and graceful aspects happily coexisting, Dohnányi, with and without baton, cajoling and smiling a range of articulation and features, not least the dialogue between antiphonal violins. ‘The Scene by the Brook’ had a swaying current with some beguiling birdsong from nightingale (flute) and oboe (quail) and Mark van de Wiel’s clarinet almost spoke the syllables of cuckoo. For the ‘Peasants Merrymaking’ Dohnányi set a vigorous tempo – dizzying if danced, and in Philharmonia terms at the opposite end of the scale to Klemperer’s temperance – played trenchantly and deftly (it needed to be) and then into an elemental ‘Storm’, furious if with rather reticent timpani. Finally ‘Shepherd’s song … thankful feelings’, wonderfully done, virile and rapt, to fulfil a freshly-made all-repeats interpretation, one with a vision beyond the picturesque and concluded with a glowing, contented chord – journey’s end.