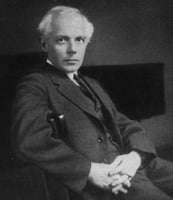 In the second of three Royal Festival Hall concerts (and trips elsewhere) Charles Dutoit continued the French-music theme, which was intruded upon with the Suite Bartók compiled from The Miraculous Mandarin, which removes the last (and most visionary) third of the ballet. This performance was lacking both edge and tension, Dutoit tending to highlight primary colours (above a texturally soggy bass) and leaving little to simmer under the surface, the ‘chase music’ that concludes the Suite lacking danger and impetus.

One wouldn’t want to typecast (Swiss) Dutoit – but he is a master of the French repertoire and was very much ‘at one’ with Simon Trpčeski who gave one of his most impressive performances here – sec, lightly touched, laconic and jazzy. Expressive, too, not least in those ‘overlapping’ trills of the first movement’s reflective interlude and in the slow movement, here taken very broadly but with an unbroken line, the Philharmonia Orchestra’s woodwinds (led by flautist Kenneth Smith’s cool elegance) tender conversationalists. On the evidence of this Ravel performance, Trpčeski’s forthcoming Debussy recording for EMI (released in January) is very keenly awaited.

As an encore, Trpčeski paid tribute to his “dear friend Toshe Proeski, the most significant pop musician in the history of my country”. (Macedonia.) Proeski was killed in a car-crash just two days earlier. Trpčeski also offered a birthday gift to his brother bud didn’t announce what he was playing, which was a wistful miniature, maybe from a fellow-Macedonian.

Dutoit’s appreciation of Ravel continued with Valses nobles et sentimentales, stylish and flexible and respectful of Ravel’s discriminating palette of sounds, detail, not least percussive, deftly touched in. If, occasionally, ensemble was a little precarious, the conception was well-nigh-perfect.

La mer brought the most polished playing of the evening, Dutoit again securing a vividly detailed but not clinical response for one of Debussy’s master-scores which rippled with expectancy, purpose, and languid reflection, all exhibited within symphonic cohesion; Dutoit’s concern for a rhythmic profile avoided torpor. If ‘Play of the Waves’ lacked the ultimate in definition, its emotional trajectory was compelling, and the succeeding ‘Dialogue of the Wind and the Sea’ was both ominous and elemental (ad lib fanfares blazing forth), the floodgates fully opening for the closing bars.