Phibbs
Rivers to the Sea [Co-commissioned by The Anvil and the Philharmonia Orchestra: London premiere]
Mahler
Symphony No.2 (Resurrection)

This concert, the culmination of the Philharmonia’s 2011-2012 season, reprised a programme given at The Anvil Basingstoke the week before, the Orchestra slightly augmented by the addition of an extra desk of double basses. 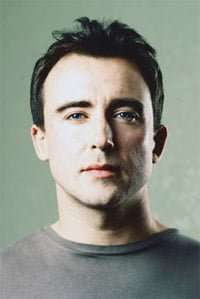 London-born Joseph Phibbs, a former student at Cornell University NY, is an increasingly visible presence, his works having been performed at Aldeburgh, Cheltenham, Presteigne and at the 2003 Last Night of the Proms. Rivers to the Sea – the title derives from a collection of poems by the New York writer Sara Teasdale (1888-1933) was commissioned to celebrate the 18th-birthday of The Anvil. It’s a substantial and skilfully constructed 25-minute piece, its initial dream-like ‘Nocturne’ succeeded by ‘Night Fugues’ and separated from the concluding ‘Dolente’ and ‘Neon with Sunrise’ by a ‘Vocalise’ for solo clarinet and strings, a meditation which forms the static heart of the work. Rivers to the Sea is notably well orchestrated and received a polished London premiere, Esa-Pekka Salonen doing full justice to the work of a fellow-composer. Musically, Rivers to the Sea is distinctly eclectic, evoking Britten, Shostakovich and Stravinsky.

Mahler’s ‘Resurrection’ Symphony has been a Philharmonia staple since the days of Otto Klemperer and the formation of the Philharmonia Chorus. It would be idle to pretend that Salonen commands those apocalyptic adamantine qualities which made Klemperer’s performances of this work so memorable but for the most part this was a superbly played account which side-stepped many of the usual pitfalls of over-emphasis. If enthusiasm is slightly tempered it is because at significant points it was lacking in true gravitas. The opening movement is marked Allegro maestoso; from Salonen it was allegro, a consequence being that the hammering triplets at the movement’s apex, although fast and furious, elided into a blur and failed to make their full remorseless impact. Elsewhere – possibly in response to the base tempo – there was a tendency to over-slacken the pace, for instance in the lead into the strings’ dramatic ffferuption, which undermined the shock value of the tam-tam.

Better was to come with the three central movements, especially ‘St Anthony’s Sermon to the Fishes’ which had a welcome forcefulness, and after a slightly tentative start Monica Groop’s singing of ‘Urlicht’ flowered into something special; she has the right voice for this setting. Andrew Haveron’s violin solos both here and throughout deserve particular praise, at once stylish, integrated and understated. The finale was something of a curate’s egg. Its thunderous ‘shock and awe’ opening was less than seismic; however in Salonen’s favour he took note of Mahler’s marking at the outset, relating it to what had gone before, and the ‘Kriegsmusik’ was driven forward with ferocious energy and clarity with a real martellato swagger. There were also some fine individual contributions, notably Samuel Coles’s flute and Keith Bragg’s piccolo solos leading subtly into the first entry of the chorus. However the Royal Festival Hall is less than ideal as a location for this music – ideally one wants to hear the off-stage band ricocheting distantly around a huge acoustic and a vast choir singing ppp misterioso at its first entry. The rather modest-sized choir, around 120 members, gave a fine account of itself, Monica Groop now joined by Kate Royal and both blending well.

Nevertheless, despite its sectional nature, the greatest performances of the finale’s gradual build-up generate an inexorable earth-shattering forward momentum – even in the quietest sections – so that when the chorus enters and the floodgates finally open it seems an inevitable culmination of all that has gone before. On this occasion the movement was more than usually sectional, its eventual apotheosis arriving with something of a jolt leaving one emotionally short-changed.