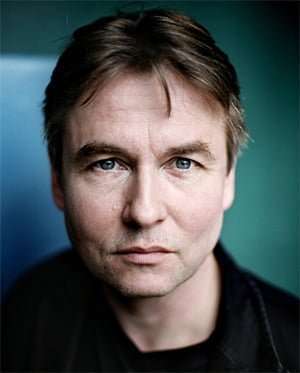 Thirty years to the date, Esa-Pekka Salonen came from nowhere to replace Michael Tilson Thomas and conduct the Philharmonia Orchestra in a headline-making Mahler 3. Cliché warning: the rest is history. After the Berlioz, we saw a well-made and light-hearted film marking the three decades of this relationship.

Initially, at this matinee concert, we waited an age for Salonen to appear – he may have been held up by latecomers to the audience – and when he did make it on he led a Beethoven rarity, his Name-Day Overture, dedicated to Prince Anton Radziwill, by default, for Beethoven’s intended was the Emperor of Austria but he failed to write the piece in time. Hardly vintage Beethoven, the Overture is nevertheless regal in its opening and bouncy, deft and lyrical in its allegro, all particulars accounted for in this fine performance (Andrew Smith in charge of dinky ‘period’ timpani), Cherubini at times coming to mind, a composer Beethoven much admired. 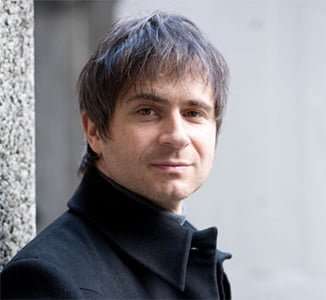 Then Piotr Anderszewski, seated on a kitchen chair Lupu-like, gave a compelling outing for Schumann’s evergreen Piano Concerto, his first entry poised, the woodwinds then gracing our ears beguilingly, and reciprocated in kind by the pianist. This was a real team effort with nothing ‘off the peg’ in the accompaniment and Anderszewski very much primus inter pares drawing the listener into a subtle and poetic world but not without some attitude at strategic moments. Romantic yearning and fluctuations of tempo were hallmarks of this characterful and individual reading that served the music mostly very well, freshly, something of a tonic. In many ways the first-movement cadenza encapsulated Anderszewski’s approach, a time-taken and expressive traversal in which the slow movement glowed with tender feelings (its coda finding competition from a mobile’s ringtone, ‘Greensleeves’ I believe) and the finale danced with joy yet never lost articulacy or lovingly sculpted interaction. The pianist’s willingness to complement the Orchestra ensured equality and the Philharmonia had much to offer. This was altogether rather special.

The Berlioz was a case of déjà vu. A couple of RFH performances (the first in September 2008) and a Signum recording later, this was the best to date from Salonen and the Philharmonia as far as Berlioz’s five-movement “épisode de la vie d’un artiste” Symphony is concerned. Indeed from the off the expressive caprice and palpitations were ideal, the performance bustling with incident, crispness and attention to detail. Leaving out the first movement’s exposition repeat only intensified the drama but there was no lack of leeway and repose when required. The second-movement waltz enjoyed grand sweep and springy rhythms, although including the ad lib cornet part was a distraction, however well played by Jason Evans (did he really need to change location for his solo though?) and embedded as it was into the surrounding textures. Jill Crowther opened ‘Scène aux champs’ with an enticing cor anglais solo, answered from afar by Timothy Rundle’s oboe (if later to be unrequited silence), Salonen judging to a nicety volatile changes, serene, tempestuous, thunderous; the strings sounded ravishing. With ‘Marche au supplice’, Salonen went into overdrive (the lack of the repeat here more serious), speeding through to a date with the scaffold – if barely conducting, content to let the Philharmonia off the leash – marking out a few bars for glowering treatment, then going manic; Madame La Guillotine snapped into place with precision. In the finale, the witches really relished their satanic exercises, cauldron bubbling; the bell clanged, the two tubas pumped the air, and there was no stopping this whirlwind party. On another day the last two movements might have been thought crude; on this particular afternoon the whole came off fabulously, Salonen and the Philharmonia at their most daring and dangerous, and – pun warning – fantastically well played.