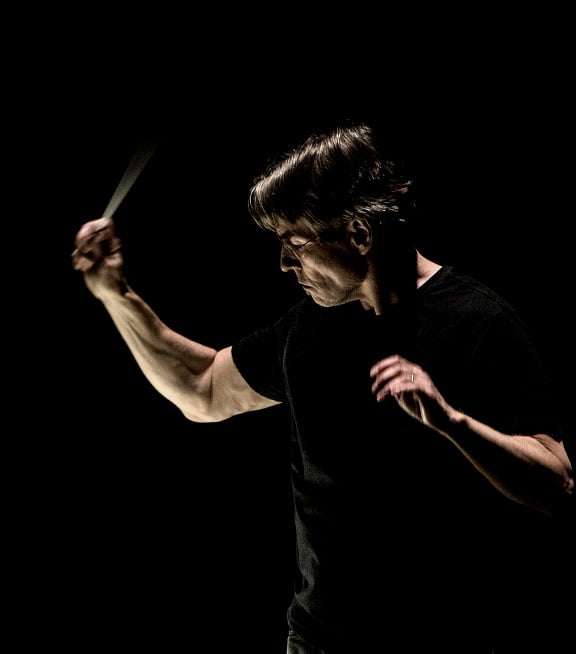 There was a time when an independent panel kept an eye on programmes in the Royal Festival Hall and its satellite auditoriums, ensuring that no work was duplicated in any one month. Such scrutiny could be said to be needed today, for both concert-promoters and broadcasters, given the regularity with which certain pieces turn up, although that same board rather shot itself in the foot, and made the headlines, when it insisted that a pianist did not play a short Chopin piece already included in an adjacent recital, but then turned a blind eye when the LSO (pre-Barbican) and Karl Böhm late-changed one advertised work for Mozart’s ‘Jupiter’ Symphony even though Lorin Maazel and the Philharmonia were already in place with it just four days later. I was at those concerts for two very different accounts.

This stroll down memory lane is prompted by the London Philharmonic and Andrés Orozco-Estrada having played Zarathustra at this address less than a fortnight ago, an impressive and expansive thirty-seven-minute account that really gelled. In tackling Richard Strauss’s Nietzsche-inspired score, Esa-Pekka Salonen took a different view, one that was overall quicker, close to the average of thirty-four minutes, if achieved through syrupy slowness and pressing ahead foot-down, thus with little of a symphonic ground-plan. Consistent to the whole was the brilliant and dedicated playing of the Philharmonia Orchestra, opening in true Technicolor style (“action”, says Mr Kubrick), Antoine Siguré’s timpani blasts emulating Andrew Smith (if you know what I mean) – not so much a sunrise, more the sun moving nearer to Earth, you had to smile – and from there either being sluggish or speeding, sometimes thrilling. For all Zsolt-Tihamér Visontay’s stylish contribution on violin, ‘Dance-Song’ needed a little more Viennese-waltz allure; the tubular equivalent of the Midnight Bell, although audible, needed to be more so for such a – pun warning – striking moment; and ‘Of Science’ evolved in a long-drawn-out formula while in other sections Salonen went for the sensational. 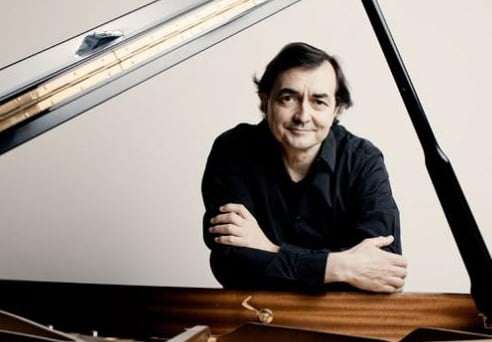 Of greater reward was the ‘Emperor’, Pierre-Laurent Aimard investing freshness and vitality into the first movement while finding time to be expressive, reflection amidst the pomp, and he was beautifully poised in the Adagio, here moonlit. With the Finale, at a moderate tempo, Aimard (faithfully accompanied throughout) found muscle, sparkle, lyricism and chiselled rhythms – quite frisky – with the wind-down before the ultimate flourish when piano and timpani duet was another instance of Siguré’s prowess, here crisp and significant on ‘period’ instruments; what a find for the Philharmonia he is. 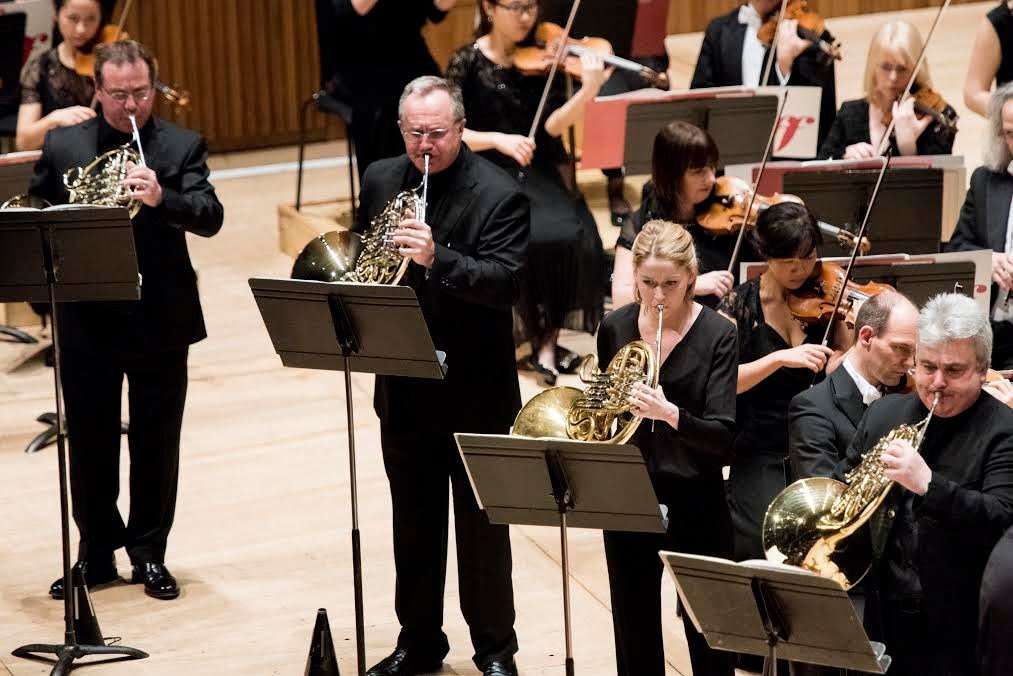 It was Forest, Tansy Davies’s new four-horn Concerto, which stole the show, featuring two current Philharmonia members and – with Richard Watkins and Michael Thompson – former ones: what a foursome and what a piece. Davies (born 1973) has created a compelling opus concerning creation, nature and renewal, which might be heard as more urban than naturalistic, for this is a wailing woodland – sinister, nightmarish – in which the large orchestra (without horns) and the soloists vie for supremacy or act as a lavishly detailed and active combo. In terms of references, George Benjamin (finesse), Harrison Birtwistle (legend) and György Ligeti (whimsy) came to mind occasionally without being dominant. Davies has composed a tension-filled and incident-packed piece that goes beyond the potential showmanship of the title; indeed it is deep and thought-provoking. No praise is too great for the horn-players, whether agile or golden-rich sonorous, producing a darker glow when the instruments are muted, or the virtuosity of the Philharmonia for clarifying so precisely the complex writing guided by a conductor who knows a thing or two about writing intricate and vivid music. Forest is dedicated to Salonen and sustains its twenty-three minutes compellingly and with satisfaction … hopefully it will soon be recorded.