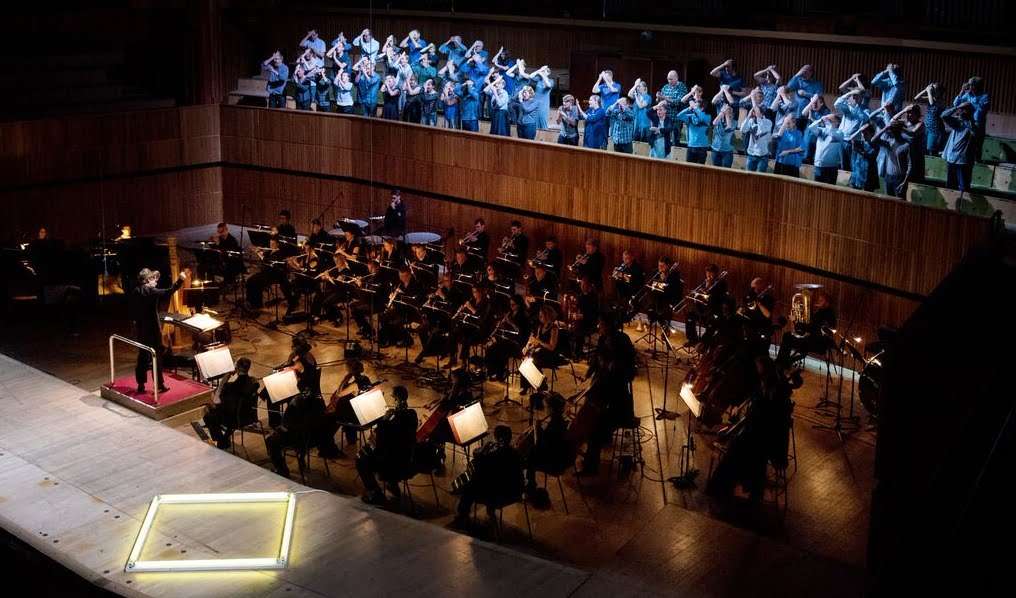 Game, set and match to BBC Radio 3 listeners. If you weren’t present in the Royal Festival Hall you scored a famous victory over the paying patrons because your eye was spared the indulgences of Peter Sellars at his most meretricious. Instead you’ll have concentrated on appreciating Esa-Pekka Salonen’s punchy, powerful accounts of two great Stravinsky works.

Having concluded, with some arrogance, that the composer needed his help, the American director proceeded to obliterate the music’s integrity by annexing Symphony of Psalms and using it as a coda to the Greek drama. This necessitated a spurious lump of introductory narration — wisps of Oedipus at Colonus that lurched without a by-your-leave into the Old Testament – before the Philharmonia Orchestra played a note. 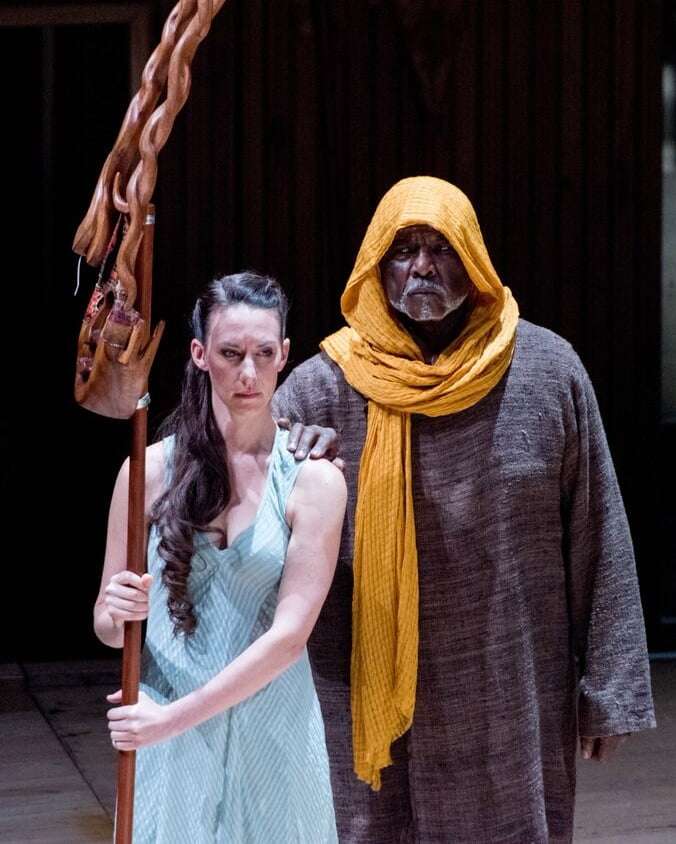 Prior to the interval, Sellars had created an unexceptionable environment for Stravinsky’s Oedipal opera-oratorio. A three-sided platform was wrapped around the orchestra; the male chorus, Orphei Dränger from Sweden, occupied the usual raised stalls behind the instrumentalists, and the soloists and narrator (a figure whom Sellars had re-written as Antigone, Oedipus’s daughter) occupied the downstage apron. Instead of chairs for the singers there were ethnic African thrones and staffs (Thebes in Africa? But then again the Greeks didn’t speak Jean Cocteau’s Latin either, so why not?) while Oedipus and Créon wore contemporary designer suits.

As the chorus – plebs in blue shirts – stood, scattered and stock still, while the orchestra tuned and the crowd settled, one sensed we were in for what Peter Brook archly termed “Holy Theatre”. Indeed, not for the first time with Sellars, there was a distinct sense of Brookian restraint about the stripped-back trappings; but that was exploded as soon as the choir-members set about their illustrative calisthenics. They implored the gods with arms outstretched; they listened with hands cupped on ears; they beat their breasts and traced shamanistic air-wiggles in a non-stop display of the blindingly obvious. Their repertoire of gestures came, went and then came back again, most distractingly a collective attack of indigestion that beset the men as they guided imaginary planes on the runway.

It was Cocteau’s stated preference that the narration of Oedipus Rex should be delivered in the language of the audience, and no one could fault the conviction in Emily Barber’s impassioned account of text that occasionally even matched the playwright’s own. But her style was modulated, not declamatory; and that, together with the superfluous amplification of her voice, meant that her every intervention jarred. 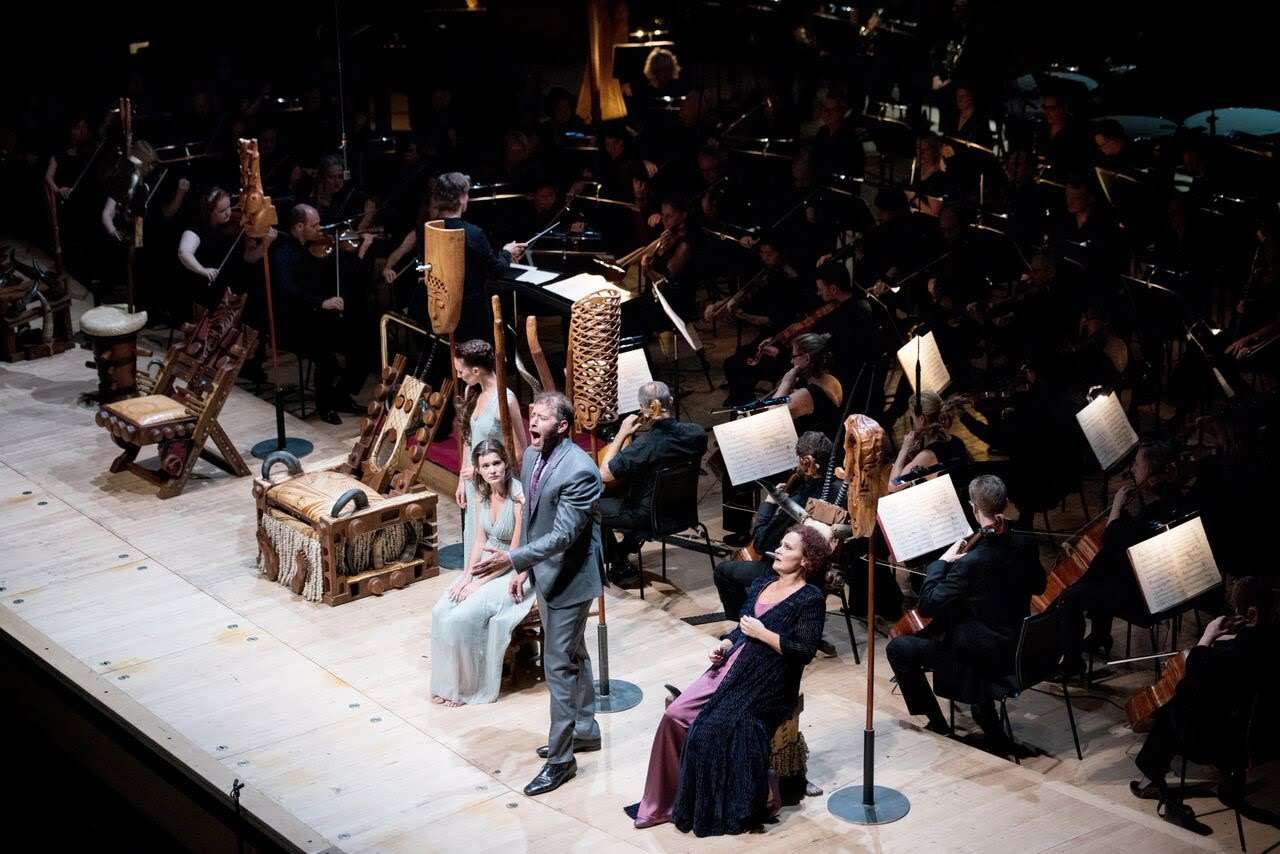 At least Salonen and his musicians thrived. Joseph Kaiser has a reedy tenor that’s slightly reminiscent of Peter Pears (himself a distinguished Oedipus) and he sang with great eloquence a role that took him from kingly dignity to crushing despair. Willard White was his equal in his trio of appearances, while Katarina Dalayman as Jocaste demonstrated, forcefully and impressively, that she has made a triumphant transition from soprano to mezzo-soprano.

After this cheery meditation on the inexorability of fate, the ladies of the Gustaf Sjökvists Kammerkör and Sofia Vokalensemble joined the male singers for Symphony of Psalms. Musically it was a fine performance, superbly executed by both the singers and a Philharmonia shorn of violins and violas. But oh, Mr Sellars … After the first movement I noticed that my neighbours both in front and to my right were listening with their eyes shut. Once I’d followed their wise example, the subtleties of Salonen’s interpretation shone through – and there, at last, was Stravinsky. Alleluia!