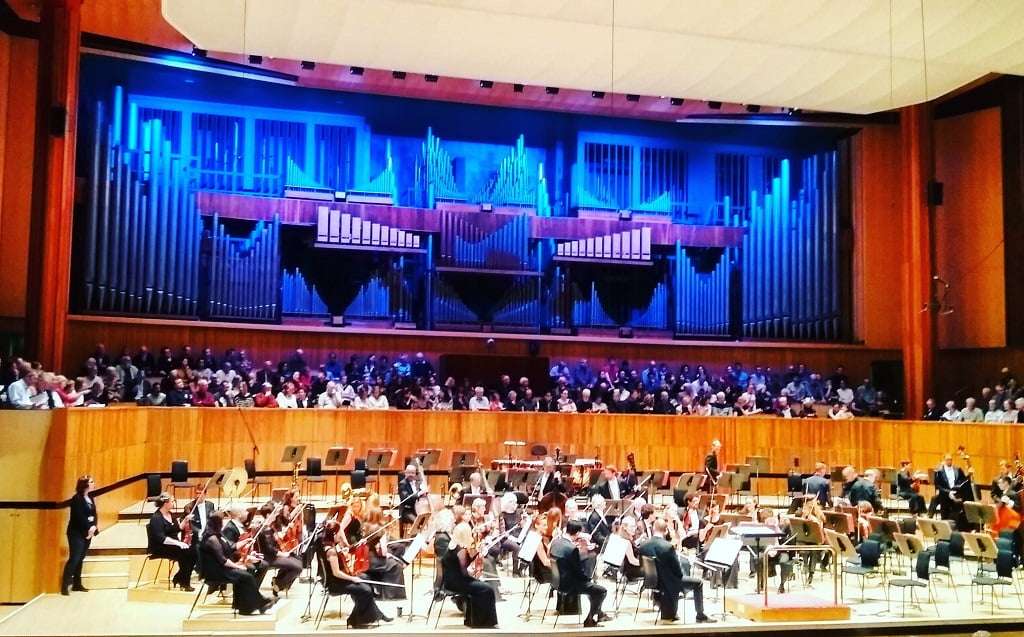 The Philharmonia Orchestra is opening 18-19 with two concerts that marry the music of the Bayreuth master, Wagner, with that of two of his most prominent Austrian devotees, Bruckner and Schoenberg.

In this second concert, Esa-Pekka Salonen made the ‘Prelude and Liebestod’ from Tristan (the latter chunk without Isolde) a contrasting but ultimately complementary diptych – the Prelude languid, yearning, and dark; the Liebestod as though emerging into light as the successive phrases of the woodwind rose from the strings’ tremolo mists. Salonen grasped the architecture of the whole impressively, and if the pace he chose – particularly in the Prelude – was fairly slow, almost in the manner of Barenboim, the intensity he drew from the Philharmonia, like that of Karl Böhm, sustained a rightly cathartic account of what amounts to a neat précis of Wagner’s revolutionary work.

Unlike the Expressionistic, nightmarish vision of Erwartung which featured in the first concert, Schoenberg’s earlier Transfigured Night (1899) starts, like Tristan, in the depths of apparently hopeless gloom, but proceeds to a hopeful, even redemptive conclusion. The poem by Richard Dehmel that inspired the work relates a night-time walk through a wood by a man and woman during which the former learns that the latter is pregnant by another man, but he accepts the unborn child as his own.

Salonen’s conducting of the work’s later, string-orchestra version (1943, I assume, there is also one from 1917, the original is for sextet) picked out some of the vivid detail of the poem within an overall background of tonal clarity, evoking the breezes passing through the wood. The music seemed airborne and radiant as though already transfigured before the unnamed characters of the poem find themselves in that state, and at the conclusion attained a dance-like levity. But the drama was aptly and potently underlined in earlier episodes such as the thunderous tremolo from double basses, demonstrating a firm and steady control of structure. 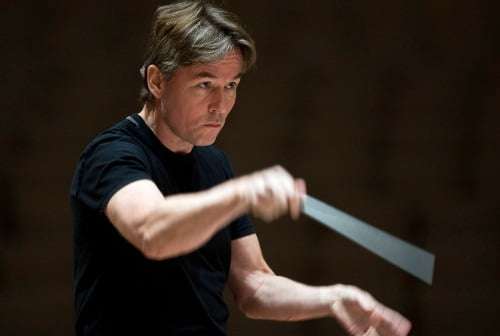 In contrast, Salonen’s interpretation of Bruckner’s 7 – its Adagio became the composer’s eulogy to Wagner on the latter’s death in 1883 – was brisk and more impulsive. The magnificent trajectory of the opening paragraph – a long, lyrical melody, luminously scored, and then taken up in harmonised form by the orchestra at large – was disturbed by a group (presumably ‘patrons’) returning late to their seats from their interval drinks, but fortunately the performance took off, nevertheless, with the purposeful flow of Salonen’s direction and the richly integrated tone of the orchestra. The music could perhaps have been permitted more space to breathe from one section to the next, but there was irrefutable logic, with the joins seamlessly moulded by the subtle gradation in dynamics, rather than by much rubato.

Elsewhere, gravitas was created by other means. In the Adagio the theme of rising chords, taken from the Te Deum, that first appears in the fourth and fifth bars, was attacked in an aggressive way that left room to doubt that sufficient weight would be sustained towards the central climax, as also did the already blazing dynamic from the brass on the same theme in the first repeat of that section of music. But, indeed, Salonen marshalled all the forces to formidable effect that accumulated all the strength and grandeur of the foregoing music, complete with cymbal crash (which suggests Nowak’s edition, although some conductors use Haas and add percussion).

In the flanking sections of the Scherzo, coruscating brass created terrifying cascades of chords in the minor key, in between which a dreamy Trio provided an effective contrast. Likewise in the Finale, the tremendous but precise force of the brass dispelled the criticism of some commentators who have felt that the movement fails to provide an adequately substantial conclusion. The brass’s contribution as such also rendered irrelevant the fact that Salonen’s hasty tempo (causing the Finale to go by in barely ten minutes) ignored Bruckner’s instruction of “moving, but not too fast”. With Salonen daring to take the tempo so briskly, he achieved a rare sense of euphoria here and throughout the Symphony, rather than just broad, transcendent beauty. It was quite different from the slow-burn of Bernard Haitink’s approach, for instance, but Salonen’s vision is equally and remarkably thrilling and consistent. A complete Bruckner cycle from him would be very welcome.