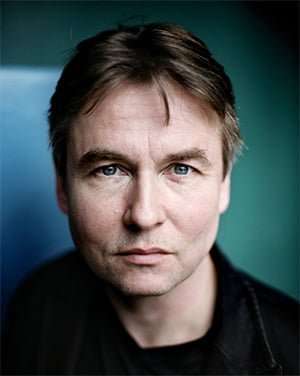 Rehabilitation of Shostakovich’s once unavailable and unfinished works continued with this account, following the world premiere performances in Los Angeles 18 months ago, of Orango. Described as a satirical opera or a political lampoon, it might possibly have been envisaged as an undertaking comparable to the opera Lady Macbeth of Mtsensk on which the composer was well advanced when he embarked on the present piece in autumn 1932. The rapidly changing complexion of Soviet cultural politics meant, however, that its librettists never progressed beyond the Prologue and that Shostakovich seems to have ceased work forthwith; the sketches languishing at the Glinka Museum until unearthed by Olga Digonskaya and orchestrated from the piano score by Gerard McBurney. The result is a half-hour’s worth of music that is wholly typical of its composer’s output when theatrical projects – whether for the opera house, theatre or cinema – emerged at a giddying rate: testament to his burning intention to encompass an artistic scene that was soon to disappear.

The scenario for Orango is that of a humanoid ape who enjoys a glittering career in the decadent West only to meet with wanton exploitation in the ambitious Soviet Union. Shostakovich the pragmatist is evident is his recycling earlier pieces – the ballet The Bolt and revue Hypothetically Murdered – such that almost half of the music will be familiar to devotees. This, together with its episodic follow-through and the reliance on an ironic arioso put to more imaginative use in the burlesque The Nose, suggests the composer would not have been too concerned when the project summarily ceased. Not that what remains is other than entertaining, or that McBurney has accomplished his task with other than conviction.

From among the singers, Ryan McKinny was an Entertainer of tangible malevolence, with Ashley Riches a pungent Bass and Elisabeth Meister an audibly bewildered Suzanna. Allan Clayton’s Zoologist injected the right deadpan humour into his narratives, while Richard Angas sounded a note of desperation as the hapless Orango and Peter Hoare stole the show briefly as Mâche. Esa-Pekka Salonen secured a lively response, pointing up the music’s humour to the audible enjoyment of the audience. Irina Brown made the most of the admittedly limited ‘semi-staged’ opportunities – the singers moving around the front of the stage with abandon, yet both this and Louis Price’s video images of Boris Iofan’s mythical Palace of Soviets rather detracted from what was being heard, though there could be little quibbling with Kevin Treacy’s garish lighting. Half-an-hour passed engagingly enough, without there being much to suggest that Orango might merit frequent revival. Better to assemble suites from The Bolt and The Limpid Stream, the scores of which still remain too little known.

Salonen has by no means been associated with Shostakovich and seems to have tackled few of the symphonies. The Fourth (1936) was the right choice in that its combining of wilfully disparate material with an essentially pluralistic idiom plays to his interpretative strengths. Not that Salonen had it all his own way: in particular, momentum in the opening stages of the first movement felt contrived, with the plangent Mahler-like third main theme rather self-consciously inflected. The development benefitted from some disciplined playing by the Philharmonia Orchestra’s strings (though not always the percussion!) in its coursing fugato and explosive culmination, though the reverse order of themes in the reprise could have evinced greater intensity, not least the first which was skittish rather than ominous. The second movement was more wholly successful – Salonen finding accord between its elements of scherzo and intermezzo, with the main ideas deftly contrasted and the intricate passage of string polyphony leading seamlessly into the climax, then on to the spectral coda.

The finale, however, took this performance onto another level – Salonen building the funeral march towards a powerful climax, and through to a toccata whose nagging repetitions were the more provocative for not being rushed. As if aware of its theatrical overtones, he consciously yet persuasively played down the high-jinks of the divertissement for all that woodwind- and brass-players relished their moments in the spotlight, while the transition into the peroration was breathtaking. Stoical rather than defiant, this imploded into an epilogue that was unerringly paced as it faded eloquently into a nothingness that, fortunately undisturbed by audience noise, was met with sustained silence before applause.

Mythical in its inaccessibility for a quarter-century, then only rarely revived in the 25 years that followed, the Fourth Symphony has since taken its place among Shostakovich’s most important works. If by no means the last word, this account left an impression suggesting Salonen may yet prove to be an exponent of this composer with whom to reckon.