[sung in English or Latin, with English surtitles] 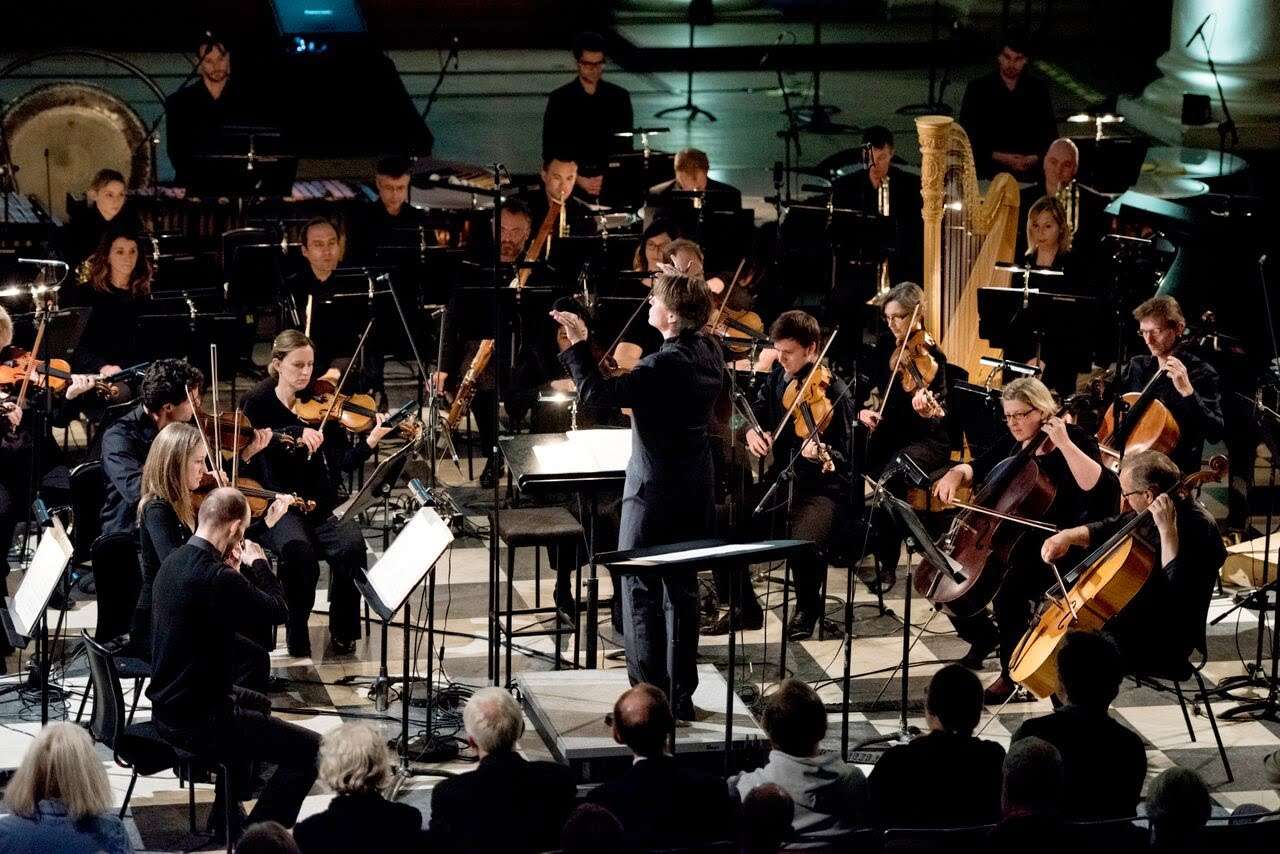 The sight of candles and the smell of incense greeted the audience for this very particular concert, one that highlighted Stravinsky’s middle/late sacred and secular settings and his in memoriam pieces.

The venue of St John’s (previously a place of reverence) was ideal, and so too the ceremonial presentation, which made no attempt to sugar the pill (for this isn’t the Stravinsky of Firebird or Rite of Spring) through chat and chintzy lighting (which was gratifyingly natural and no more than practical), nor with any signposts as to how we should listen; in any case, if something is good enough it will make its mark without a speech or a colour chart. In addition, the request for no applause between works was not only right and proper but also respected, and David Edwards’s direction was a model of unobtrusive choreography in getting the musicians from one place to another.

Suitably sombre in one sense, if wholly compelling, the lack of instruction and with no attempt to guide our opinion allowed for unencumbered reception of music that is without frills and excess, yet is directly communicative. This was a concert for the ears and the intellect, and from there the senses, the only ‘extra’ being a screen of projected pertinent photographs (Stravinsky himself, W. H. Auden, President John F. Kennedy, Dylan Thomas, T. S. Eliot) together with the sung words in English, whether as set or as translated. 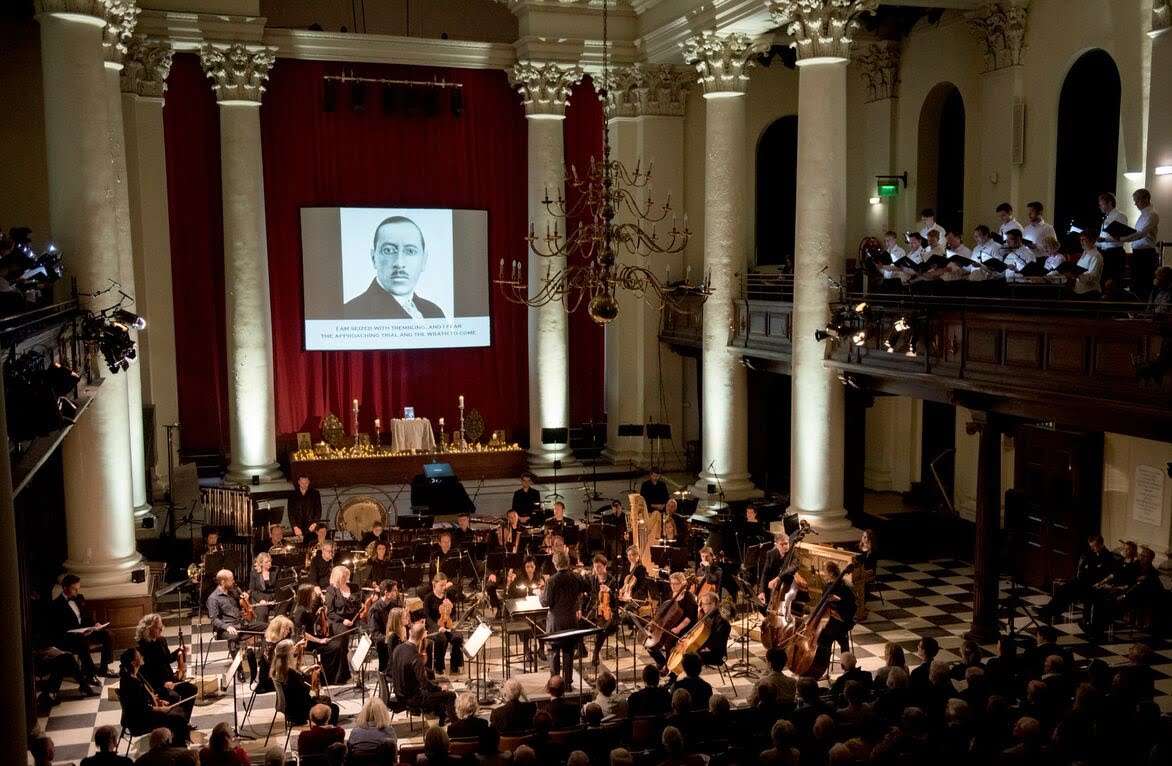 To add to the ‘music comes first’ environment, Esa-Pekka Salonen was already arrived and in-wait with the required members of the Philharmonia Orchestra (quite a lot of them, if sparingly used to match Stravinsky’s selective scoring). The sound of recorded bells and a live gong signalled the concert’s start, a tintinnabulation that would return as a well-made interlude to cover musicians relocating for the next piece.

Without any ado, just a few silent steps to the podium, Salonen opened with Requiem Canticles (1966), Stravinsky in old age as thrifty with notes and as rigorous with them as Webern had been, although the opening string rhythms were exhilarating and the use of flute and harp colourful. The members of Philharmonia Voices sang from on high, and were deeply intensive of deliverance. Trumpets are added for the ‘Dies Irae’ section, and David Soar and Hélène Hébrard made fine contributions, taking it in turns to stand on a plinth to the left of the ensemble, to which tubular bells and glockenspiel added further timbres. “Music praises God”, said Stravinsky.

It also memorialises people, such as T. S. Eliot. Introitus (1965) is for male chorus with a few instruments, including viola, double bass, piano and harp, and is austerely beautiful, timpani and gong also to be heard. Dylan Thomas had been remembered in 1954 (Stravinsky had hoped to collaborate with him, but it was not to be). He sets Thomas’s “Do not go gentle into that good night”, for tenor and string quartet, bookended by four trombones: music that is gravely fastidious in creation. 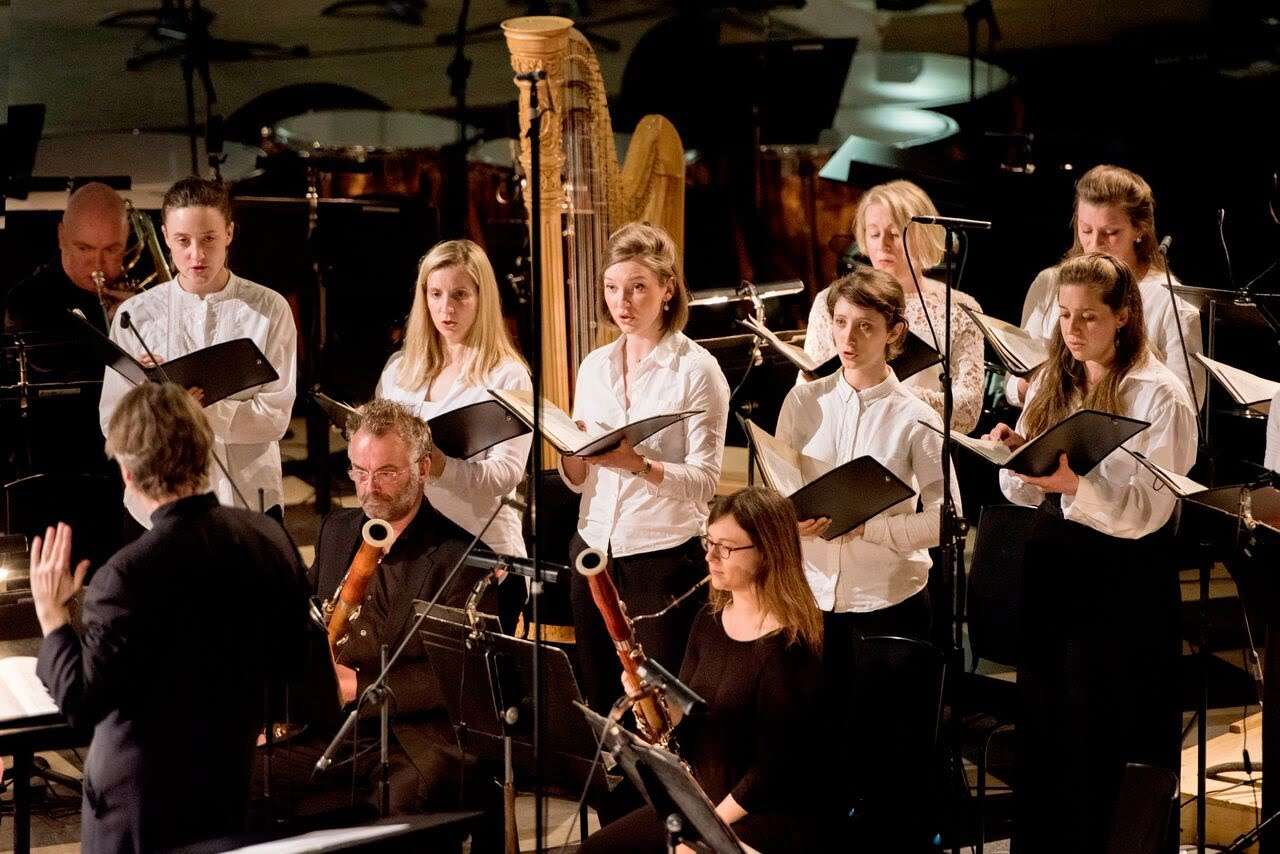 Mass (choir, woodwinds and brass) continued this riveting recital. Completed in 1948, Stravinsky was inspired by Mozart’s religious music to write something that, in this exacting context, proved to be warmer and lighter – expressive and exultant if no less deft in contrapuntal terms. Mass is music of profound purity and this performance left in no doubt as to it being a masterpiece – although, as Leonard Bernstein observed (when delivering a Harvard lecture), whichever piece of Stravinsky is being listened to, you think it’s his greatest.

The remaining two works – respectively epigrammatic and extended (two minutes to twenty-two) – were without the bell link. Elegy for JFK (1964), given from the back of the hall, Salonen turning to conduct, is for mezzo (the programme note said baritone) and three clarinets, and is both a lament and a protest in the wake of President Kennedy’s assassination. Whereas Cantata (1952) shares stylistically with the contemporaneous Rake’s Progress, its libretto co-written by Auden, who had presented Stravinsky with his anthology of poems written by Englishmen. To dress anonymous ancient-language verse, Stravinsky’s music is cool and absolute, his neo-baroque tendencies to the fore, economically scored for women’s chorus, flutes (pastoral in effect), oboes and cello, and in which Allan Clayton was outstanding in pitch, shape and enunciation for the central arioso, beginning “Tomorrow shall be my dancing day.” Cellist Timothy Walden was equally impressive.

Whether singer or instrumentalist, everyone involved here played their part admirably in this wonderful 75-minute, without-interval concert, which was beguiling, enlightening and smoothly coordinated. Esa-Pekka Salonen was the epitome of discretion and mastery, devoted to the cause, as we worshipped at the altar of Igor Stravinsky, and indeed those candles and night-lights did set such a scene. Being in St John’s was very special.