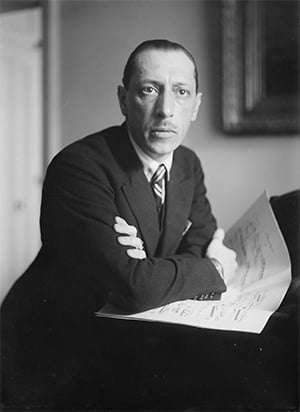 A century on, plus a day, the Philharmonia Orchestra and Esa-Pekka Salonen marked 100 years of Stravinsky’s The Rite of Spring. Its first staging famously caused unrest in the audience, with for and against factions, and such reporting has gone into folklore. What was born that night on 29 May 1913 in Paris’s Théâtre des Champs-Elysées proved not only divisive but musically seminal. The Rite’s first conductor, Pierre Monteux, recalls objects being thrown into the pit, but he and the orchestra carried on regardless. And Nijinsky’s choreography also caused scandal, much to impresario Diaghilev’s delight. Immediately after the first performance, Stravinsky revised the score, as he did several further times up to 1967.

No mention was made of which edition was used here – although the changes are not that many – and, anyway, this particular performance didn’t do full justice to the work. It started well, if nearly sabotaged by an inane noise from someone’s pesky mobile, with Amy Harmon’s expressive and potent bassoon solo promising much. Yet with Salonen driving the music along, save for the heavy weather he made of some sections, and consistently opting for primary colours, sometimes with garish projection, little of the music’s sense of dance made it through (nor some of the writing for strings). Atmosphere and description were also in short supply. For the most part this was a rasping and blasting account (the Philharmonia sounding harried at times) that glossed over subtlety, weight and ritual; this Rite was too much a showpiece. The opening of Part Two made some concession to evocation, if not quietly enough, although the pair of muted trumpets created a ‘distance’ that was remarkable. 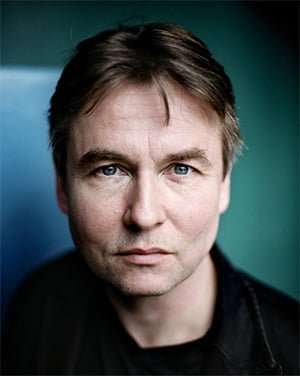 In the concert’s first half, following Debussy’s Faune (1894) – for many people the beginning of ‘modern music’ (whatever that is), unless it’s Wagner’s Tristan und Isolde (first produced in 1865) – we heard Varèse’s Amériques. Samuel Coles’s flute seductively launched Faune, a fluid and flowing account, if too agitated at times, the climax hastened towards rather than blossoming naturally, with delicacy and pastel shades lacking for all that Gordon Hunt’s oboe and Zsolt-Tihamér Visontay’s violin matched Coles’s flute for exquisiteness.

The danger was that Amériques and The Rite of Spring would cancel each other out. Better to have played this choice of music in chronological order, for the Varèse outguns the Stravinsky, big time, and is also indebted to the latter’s ballet music. Edgard Victor Achille Charles Varèse (1883-1965) was born a Parisian and died a New Yorker. Amériques (1918-21/1927) was the first piece he composed on arrival in the United States. We heard the revision, which may be for a smaller orchestra, but it remains huge, with enough percussion for 11 players (including two timpanists, just like The Rite) and a large complement of woodwinds and brass. It’s perfectly possibly to hear this music as raucously urban (not least through the use of sirens, although the lion’s roar conjures up a jungle), but it can also be appreciated as a symphonic adventure in sound written by a composer who knew not only The Rite (Varèse was at its premiere) but also Schoenberg’s Five Orchestral Pieces (1909, first performed at the Proms in 1912 under Henry Wood). Furthermore, in turn, Amériques could be said to have influenced Pierre Boulez’s Rituel (1975) and also shares some deep-earth relationships with the music of Harrison Birtwistle.

What Salonen and the Philharmonia Orchestra achieved here was miraculous, a compelling spot-on outing that gave us everything in the most sophisticated terms (to match Varèse’s notation). Like Faune, Amériques begins with an exotic flute solo (albeit of the alto variety). However complex and cacophonous this mighty music becomes, it never seems gratuitous, Salonen bringing out the music’s line and lucidity, finding savoury colours and glints, and also a fantastical quality. Sure, the climaxes became louder and more crushing – yet there was room for some trombone humour – and this sonic spectacular ended as a stupendous and unflinching wall of sound, which could only be fully experienced in the Hall itself. Whatever the interpretative merits of The Rite that followed, Salonen and the Philharmonia had already demonstrated that nothing can or should follow Amériques, 22 minutes of amazing music, on this occasion stunningly performed.