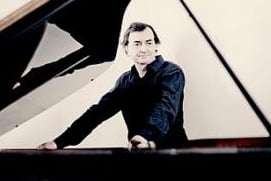 This concert wasn’t quite as advertised, for ‘Ibéria’ went south to be replaced by the other two orchestral Images; always welcome, yet in relation to Pierre Boulez, wonderful conductor of Debussy that he was, the seminal Jeux would have been even more pertinent. As for Boulez’s Notations – twelve miniatures for piano from 1945, five of which he expanded and orchestrated (he planned the complete cycle thus) – all the re-workings would have been appreciated; no problem for Pierre-Laurent Aimard to add the other two, if maybe a stretch on rehearsal time for the Philharmonia Orchestra and Esa-Pekka Salonen.

But the plan was clear: a piano then the corresponding orchestral Notation – thrice – separated by an Image. It was a thirty-minute unbroken sequence that worked well – complementary and illuminating – Aimard and Salonen arriving surreptitiously, as if out of a magician’s hat. Aimard’s piano was embedded towards the back of the orchestra, and the concert opened with two bites at Notation IV, Aimard active, the Philharmonia then clangorous. What gems these are: whether the potency of the originals or the way Boulez seized upon them later to use an extravagantly large ensemble with trademark clarity to release their full extent. The longest and most enigmatic is VII, scored diaphanously, whereas II is strident and exhilarating; Aimard set the scene distinctively and Salonen delivered the goods. The Finn was less convincing in ‘Gigues’, though. It lacked subtlety and flexibility; maybe he was wishing to debunk the music’s impressionistic tag, which would have pleased Debussy. ‘Rondes des printemps’ however was more refined and was phased in and out of perspective as needed. 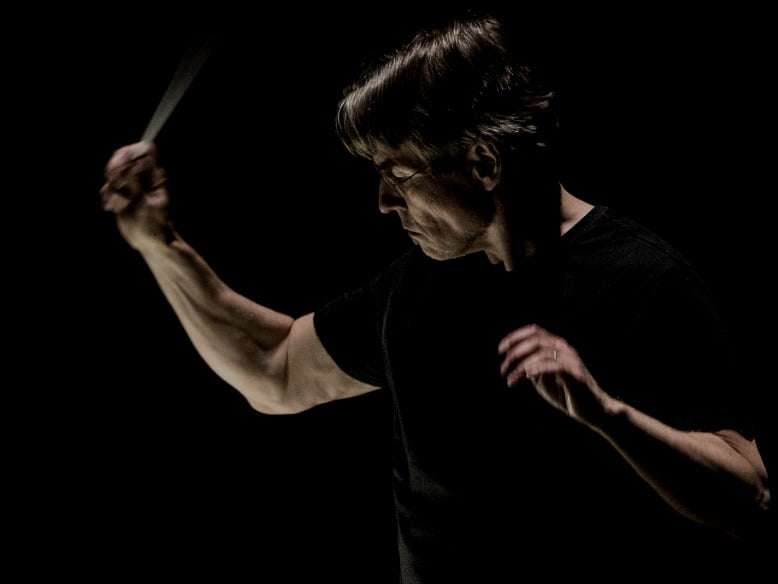 To open the second half, the piano was now at the front of the platform, for Debussy’s relatively early Fantasy (1890), which has only a few suggestions of this composer, and he wouldn’t allow a performance or publication during his lifetime. It’s an attractive piece, nonetheless, the first movement expressive and suggestive – outgoing, spring-day-like – while the second yearns and touches the heart, and included here a silken cello solo from Timothy Walden. If the Finale is the least distinguished section, overall Aimard gave a stylish and sympathetic account, alertly supported, and very persuasive.

Of course, Debussy went on to inimitable greatness and in La mer he walks on water. With the Philharmonia continuing to be on-song (and sporting ten double basses), Salonen led a fluid and animated account, with ebb and flow, light and shade, and also vividness. The ‘designed’ subdued lighting had been welcome during the evening, save there were times now when it got brighter – detracting – but, for the ears, Salonen charted the first movement to a powerful high-noon conclusion, via cello-eloquence, and if the central panel, however deftly played, was on the sticky side and less than playful, then he relished the dramatic dialogue of the Finale.